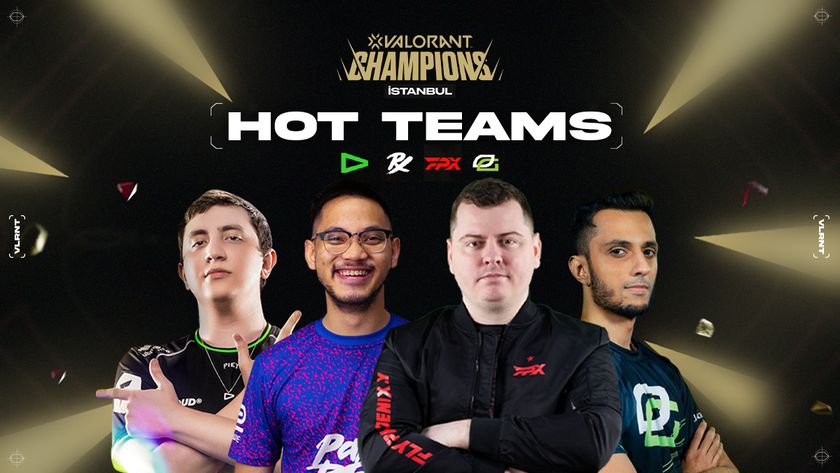 VCT Champions Istanbul 2022: Who is hot in Türkiye

We explore the hot teams that will be playing at the upcoming tournament in Türkiye.

With the start of Champions Istanbul 2022 next week, 16 teams will be competing to see who will be crowned as the best team for VALORANT for 2022. From the 16 listed, the teams will be split into four groups, and the top eight will go on to the Playoffs to see which two will battle to see who will reign supreme and crowned Champion.

From the teams competing in Istanbul, we feel the following teams are the hot ones you should be following at the tournament. Based on their performance in Masters Reykjavik and Masters Copenhagen – there is a high chance that one of these teams at least be in the top four of the competition heading to the final round.

This European team has been playing well in VCT 2022, even if they had to miss out on Masters Rejkyavik due to travel restrictions. While missing out on one of the big events of the season, their performance did not suffer one iota.

This is shown with their win over Paper Rex at Masters Copenhagen to be crowned the winner of the tournament. At Copenhagen, they lost twice – once to DRX and once to Fnatic – otherwise their play record has been full of wins.

Our prediction: We will see them play in the semi-finals.

The American team that is dominating the NA circuit booked their place in Istanbul through sheer hard work that they poured into this year’s season. The team almost won two masters back-to-back as they won Masters Reykjavik, and unfortunately had to settle for third place after losing to FunPlus Phoenix at Copenhagen.

The team has consistently delivered good plays throughout the VCT 2022 campaign – even if they didn’t win any of the NA Challengers – their runs at both Masters gave them enough points to stay at the top of the team ranking table – outpacing other teams like XSET and Sentinels, who did not manage to qualify for Champions this time around.

Our prediction: OpTic will be in the top eight teams playing for Champions.

The team that defying the circuit is roaring to shake the world of VALORANT will be flexing their unique aggressive style yet again at Istanbul. Standing proud at the top of the team's ranking table, the plucky team from Singapore was this close to clinching the winning spot at Masters Copenhagen after having to settle for fourth place at Masters Reykjavik.

The team has delivered consistent results ever since they started playing VALORANT. They have stayed in the top three positions for most of the events that they entered since 2021, with their Copenhagen placement their best thus far.

Our prediction: Paper Rex will be facing FunPlus Phoenix for a grudge match for Copenhagen.

One of the top teams in South America, this very young team certainly made waves in the Brazillian circuit. Thanks to their second placement in Reykjavik and eleventh at Copenhagen – it is enough to put them at the top of the rankings for Brazil.

Even when compared to the other LATAM teams, LOUD has made a lot of headway in terms of performance in VALORANT – their closest rank competitor in the LATAM region is Leviatán, who managed to accrue 345 fewer points overall.

Our prediction: LOUD will be in the top six teams for Champions.

The hot teams will be competing with the rest of the teams in Champions Istanbul, happening from 31 August to 18 September, with the Playoffs stage played in front of an audience at the Volkswagen Arena in Istanbul, Turkiye.

Any of your favourite teams in our hot list?

Yeah!
Thank you for voting!
No sadly
Thank you for voting!
Sharil “memeranglaut” Abdul Rahman
He dabbles in Esports, checking out what's new and hip with the industry. Outside of Esports and gaming, he likes Japan. Ijou. Check him out at @SharilGosu
Share Tweet
1 people reacted to this post