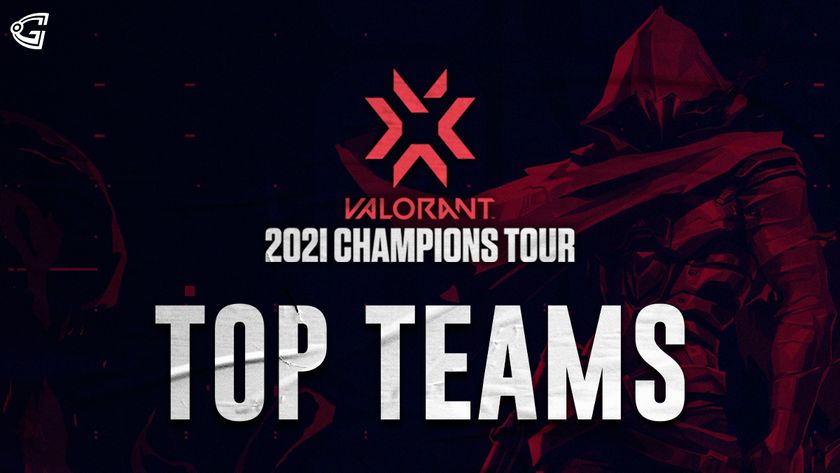 These are your top ten teams for VCT 2021

Here is the global ranking of teams expected to head for the VALORANT Champions Tour (VCT) in December.

VALORANT is on the zeitgeist for a reason. With over 14 million active players playing the game around the world right now it is one of the biggest games spectated in the esports world. Along with that rise of stature is the rise of teams playing the game professionally. Especially important are these pro teams as they battle it out in the currently running Valorant Champions Tour (VCT) 2021.

The VCT is the inaugural year-long competition to showcase the best of the best VALORANT teams from around the world, culminating at the Champions event sometime in December, which is rumoured to be held in Los Angeles.

These teams made their mark through competitions throughout the year that VALORANT has been around and made their names through the recently concluded Master events — one online and one in person in Reykjavik. The points collected in these events, as well as the upcoming Master in Berlin will be tabulated towards the Champions event happening at the end of the year.

Here are the top teams for VCT 2021, in descending order:

The team from the United States has made big strides in the VALORANT community. They have an enviable winning streak since they first entered the circuit way back in 2020. The team, captained by ShahZam, have been raking in the points for them to collect as the journey to Champions. Their unbroken streak through Masters Reykjavik proved how strong they are as a team, and we expect greatness from them in the months to come.

The plucky team from South Korea edged out several big names from Europe and North America to be the number two team in the race to Champions. They are analogous to Sentinels in the Korean Stages as they ploughed through the competition with nary a problem, beating the big names in the Korean circuit to be THE team for Korea. As we close to Stage 3, we wait with anticipation for what the boys from South Korea can give us fans.

Fnatic is currently headquartered in London, United Kingdom, and is one of the top European teams for VALORANT. Their journey has not been as smooth sailing as others here, but they have proved their mettle by grabbing the runner up spot in the recently concluded Masters Reykjavik just behind Sentinels. One of the younger teams in the line-up – the brand is backed up by an esports pedigree spanning over a decade of experience.

Hailing all the way from Brazil, Team Vikings is the brainchild of professional soccer players João Pedro and Kaique Rocha, who plays for the English Premier club Warford and Italian club Sampdoria respectively. They are one of the two Brazilian representatives at the Masters in Iceland – and they did their country proud by placing 6th in the competition.

The spirited team from Thailand is the sole representative of Southeast Asia in this list. Headed by team captain sScary, the team dominated the Southeast Asia Stage 2 Challengers. While their journey during the Master Reykjavik was cut short by Fnatic in the lower bracket, their playstyle and presence during the live tournament was a joy to behold.

The representative from the land of the Rising Sun started the team way back in 2020 and has since made a name in the VALORANT Japan/Korea circuit. Their jaunt in Iceland was short lived but have left an impact as one of the only two Asian teams in the Masters Reykjavik event.

A name that has a long history in esports, Team Liquid is known in the industry as one of the oldest brands in esports. Their journey to Champions may be one of bumps and dips, but overall, the team has shown they are a well-managed and high-performing team in the industry. They did get 4th place in Iceland.

Another young team, this time from the Latin America country of Argentina – KRÜ Esports is also the brainchild of a football player – this time  Sergio Agüero from Manchester City. The team, while young, delivered results by being the only representative of LATAM to the Masters in Iceland. We hope the team will continue to shine so they can also be at Masters Berlin.

Version1, owned by the Wilf Family, came into the VALORANT circuit earlier this year, and has quickly become a team to be reckoned with in the NA VALORANT circuit. While they did not qualify during Stage 1 of VCT, they managed to grab hold a position in Stage 2, by beating FaZe Clan, a big name in the circuit, to book a ticket to Iceland and represent NA alongside Sentinels.

The other Brazil representative along with Team Vikings is the poster child of the underdog in the competition. Their journey to Iceland saw them trail behind pack leader Team Vikings, but they managed to book a seat on the flight to Iceland and represent the nation of Brazil, which is an achievement on its own.