EPHEMERON means an insect that lives for A FEW DAYS...

..and NOT for a WHOLE YEAR.

I am grandma Toast and I'm going to drop some life advise on y'all jumpy lads as my husband currently suffers from alzheimers. The hostility in this community over the past couple of days was completely precedented, and dare I say, called for. Today, from this moment on, we're going to bury the hatchet and show one another some respect. Here's an analysis of what went wrong, the true root causes of the outburst, and how we proceed. As the young folk would say, welcome to my TED talk.

-SKIP to the META STATE OF TERRAN

- Do post memes that shed light on the current imbalance

Without further ado, the community ass-spanking of a lifetime.

Ephemeron means an insect that lives for a few days, NOT A WHOLE YEAR +.

Look at the Zerg counting his wads of cash to your left. The Terran recovering from surgery to your right. The protoss over there in the corner eating glue - they are the symptoms of this disease we call imbalance. A short period of small imbalance is fine, but when it’s gone on this badly for this long, it's time for the community to intervene.

We're all fans of the same game. We all want Starcraft to be great, the community to be great, the tournaments to be great (except for perhaps the zerg pro-gamers). Take a moment to gaze in horror of this 2019 situation that has destroyed our love for this game and community.

That is the first point I want to make. Ephemeron means an insect that lives for a few days, NOT A YEAR +. Always remember that. 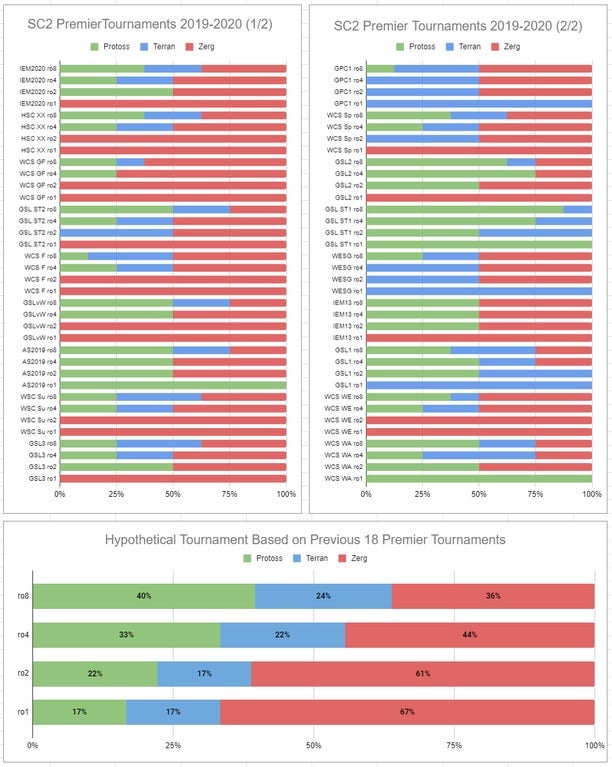 What is the problem with statistics? They can represent precisely what somebody wants them to represent. Statistics is a mighty weapon that needs to be used with care and caution.

Are 2019 statistics relevant to determine contemporary imbalance? Absolutely! The 2019 end-of-year balance patch didn't do jack sh*t quite enough and does not represent a definite changing point. Old unit interactions are absolutely relavent in today's balance discussions. A broodlord bug fix or infested terran removal does not affect the imbalanced LBH vs bio/IAC interactions brought by hydralisk/baneling buffs from previous years. Nor does it allow harassment options to fair better vs 8 range queens. The 2019 balance patch is therefore not the "baseline".

We therefore can definitely use 2019 statistics to determine balance for 2020, because the 2019 DEC patch didn't change every single unit interaction. In fact, aside from BL infestor, 99% of the unit/composition interactions remain the same imbalanced state as 2019. Terran and to a lesser extend Protoss come out of 12-24 months of severe under performance relative to the norm. The player base has been expressing frustration for a longer stretch of time. The 2020 patch didn’t quite do enough to fix that.

Also note that statistics will never provide a satisfactory piece of evidence in a balance discussion. The exception is when there is such a quantity of irrefutable and consistent data such as the 2019 tournament results, that one can no longer call it "outdated" or "small sample sized". This will lead to people no longer talking in circles because denying such evident numbers is an impossible task. Imbalance in this case is no longer a subjective, fluid thing. The game will always be "imbalanced", and removing as much of it as possible should be the goal. The goal should be to reach a state of the game where the outcome of a match is determined by player skill as much as possible, and where both players have relevant and impactful decisions to make.

Many people have wrongfully pointed out that the tournament statistics aren't that bad. Terran has a positive winrate against Zerg, but when you realize half of the data came from the 4 horseman smashing their way through solar, elazer and lambo, a 56% is pretty bad. PvT was even worse where you see the 4 horsemand GETTING smashed by sos and trap. So no, innovation ezing his way through the qualifiers does not have the same weight as his ro24 and onwards matches. Round of 8 distribution was 2T/3Z/3P, which was almost as good as ro1 balance consisting of 1 zerg which is as balanced as it can be! Or perhaps ro8 is too small a sample size to reflect on balance.

When the IEM finals concluded we had two very large problems on our hands. The State of Starcraft first, and the Meta State of Terran secondly.

The State of Starcraft 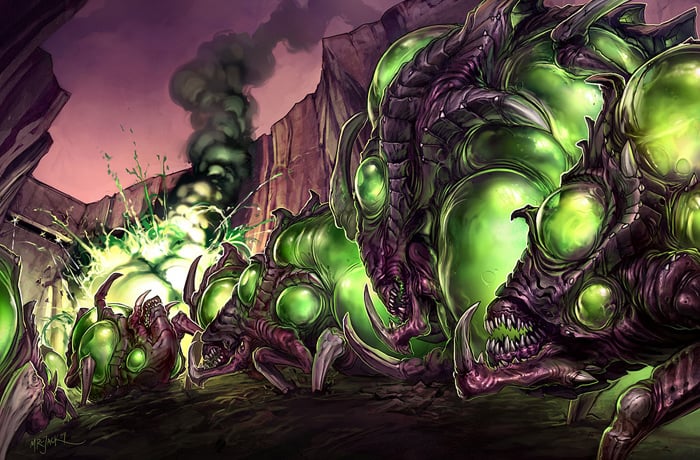 What is extremely unsurprising in the current situation is that Starcraft actually is in a surprisingly bad place at the moment. For the past year and a half, Blizzard's balance record has been garbage with the extremely short protoss domination in early 2019 followed by prolonged zerg infestation, and we were often left wondering what the contingency plan was for Starcraft. With the confirmation of 3 more years of Starcraft under the loving care of lord and savior Apollo, Starcraft finally got a bit of good news.

The gameplay in the tournaments, however, was anything but great. Another thing that made IEM Katowice very disappointing was the styles of play employed. Rogue in his interview refers to Baejae-strategies. The meta in IEM Katowice was extremely aggressive to the point where a majority of the games played featured all-ins on 2-3 bases and very few protoss/terran players seemed comfortable going to lategame outside of the mirrors. Such is the result of overnerfing the capital ships and high templar/raven while leaving both zerg spellcasters largely untouched. In fact there were 0 late games of TvZ in the ro24 onwards.

Now, IEM Katowice is a tournament that is positioned a bit funny in the scope of things. Due to the Corona Virus (wash your hands and keyboards you filthy nerds) IEM Katowice was NOT the first large-scale tournament since the patch well over 3 months ago, as HSC also demonstrated the current imbalance. For Katowice, this led to a number of games and series not feeling very fun to spectate (after all, people without Alzheimer’s tend to not like watching imbalance). This disappointment in general may have an exacerbating effect on what happened the past few days.

The Meta State of Terran

You don't want grandpa to re-hash the statistics, as his Alzheimer’s prevent him from doing so. Throughout the tournament there wasn't much Terran to be seen. Maru got smashed by PvT GOD trap and later by [mr.I-don't-have-to-practice-to-win-gsl-because-i-admit-zerg-is-imbalanced](https://tl.net/forum/starcraft-2/551542-rogue-i-won-because-balance-really-favors-zerg-comments-on-serral), Innovation went into Serral completely prepared with blue flame builds and got smashed anyways, Cure and TY both dropped out in the Ro24 after getting protoss'd by sos. HeroMarine was a split-second away from qualification. The Chosen One had fallen by the hands of Rogue, just as they have by the hands of serral, and reynor, and soo, and dark and...

But to assume the root cause of all the vented frustration was in Terran missing yet another top 2 finish is missing the point severely. The root cause for Terran frustration are a series of imbalances. For years now have Terran players been under-performing relative to what a balanced game would result in. And there really are a few problems here that I feel the need to address in depth, because I firmly believe these lay at the core of the shitstorm we find ourselves in today.

Remember Ephemeron. If we form one front and state "We think Terran micro is too hard when multiple fronts require immediate attention and would like help out the terran economy and late game", it's far more likely that Blizzard take a moment to listen.

I hate to say it, but this really is a topic that desperately calls a very good debate.

Should a new player jump into Starcraft 2 or begin with Starcraft Remastered?

Katowice may be over, but the action continues this weekend with the 3 ESL Open Cups!