My first multiplayer game after 15 years

A little context: I used to play a lot multiplayer back in the day. I bought SC Reforged when it was released, but life happened and today I downloaded it and played a multiplayer game. I used to love TvB NR20, so I decided to give it a go.

So I queued in, and I started doing what I did 15 years ago. Build a lot of gateways to make massive goons. But both of my teammates dc'd and I was left alone just 15 minutes into the game. It really sucked. So the opposite team (2 of them) were annoyed that I was alone and suggested to ally me and get a victory, which I thought it was a nice gesture from them.

Except one.. he kept destroying my base, and after repeatedly telling him to stop and allied me, they decided to kick his ass. It drew a smile to my face, and was glad that there are people here who show good sportsmanship. So, KINGBOOTY and BROODONE, if you're reading this, you guys are the MVP. 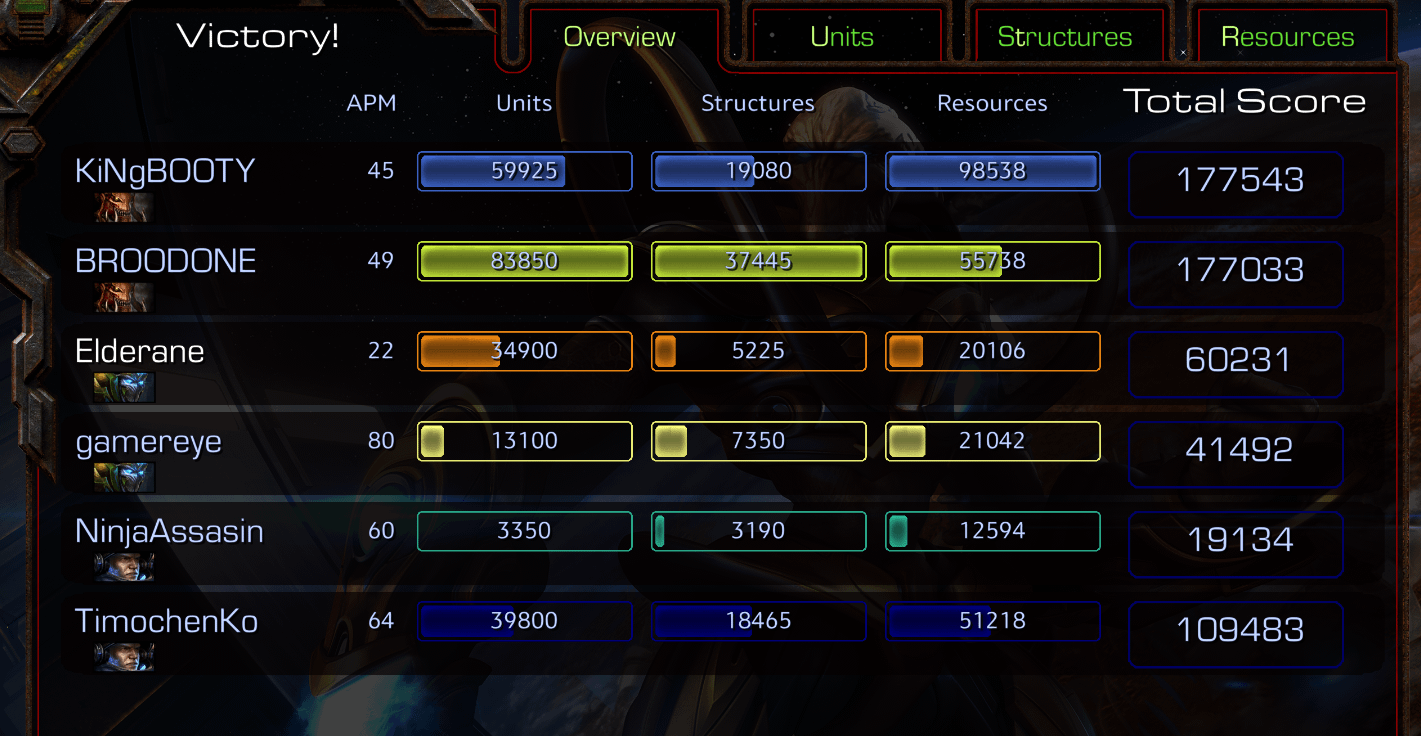 Can we fix how arcade lobbies deal with AFK people please?

As long as the weeks remain the same, there will always be a Sunday, and on those we will

Hey Reddit! It's Golden :) here is report of <Player> and some news for my future!