GosuGamers sat down with Nick "Tasteless" Plott at the World Cyber Games, and we talked about his career as shoutcaster and his thoughts on StarCraft 2.

How long have you been living in Korea now?
- I have been in Korea for 8 months now. It is one of the coolest places in the world. The nightlife is very exceptional, beautiful women and awesome food. 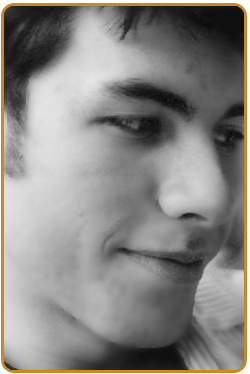 Photo by: TastelessGaming.com
How is life in Korea for an American, do you live in a normal district or a immigrant district?
- I live in Gongnom-District, downtown in the central business area near the Han river.

How do you prepare for the matches you are going to cast? Anything special?
- Usually I sleep until shortly before the match starts and play lots of StarCraft the night before on the maps which are used the next day. I play Protoss against Artosis and my brother Day[9] and we talk about the games afterwards. Why I won or lost the game and we usually do it until the early morning hours.One of the most important things is I have a big meal before I cast, cause usually I cast for about 4 hours.

How do you manage to be up to date with the strategies of the players and the different maps, especially the new ones?
- As I mentioned above, I'll talk a lot to Artosis and my brother about the strats we used in our games and I also talk to some pro team members about that from time to time. Additionally my TV is on SC all the day long...

How much Starcraft do you play on your own?
- Approximately 5 days a week for several hours on ICCup. My nicks are still top secret though...

Do you already have some enquirers or are you interested in casting a ProLeague or OSL/MSL match?
- I would really love to but I can't. I have a contract with GOM TV and due to that it would be a conflict of interest, so I'm not allowed. Same with the OSL casters, they are not allowed to cast MSL matches and vice versa. 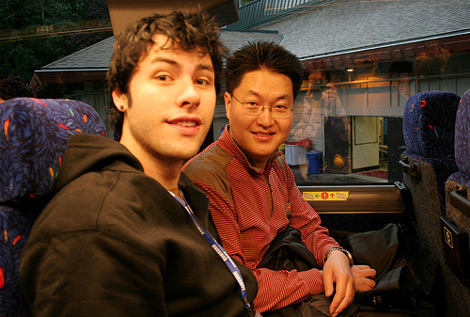 Photo by: wire.ggl.com
Is casting in Korea a dream come true and for how long do you want to live this dream?
- Honestly, it has been my dream as long as I can remember to live in Korea. It is even better to do this as a caster for Starcraft, the game which I love most. I will do this as long as I can and of course as long as the people want to hear my casts.

Have you been in Germany before and do you like what you have seen so far?
- No I've never been to Germany before but I like it so much. The people here in Cologne are so nice and friendly and of course the beer is also good too.

What do you think about SC2, like it?
- I don't like it at all. It is way to easy to play, the computer plays it for you. Automining is the worst feature of SC2 followed by the MBS and the possible smart cast feature.

Any final words for your fans at GosuGamers?
- Actually I visit GG.net everyday and like it very much, the features and news about the foreign scene are excellent. The crew is very nice, just keep up the good work for Starcraft.
Gosu “GosuGamers” Gamers
Share Tweet
28 people reacted to this post