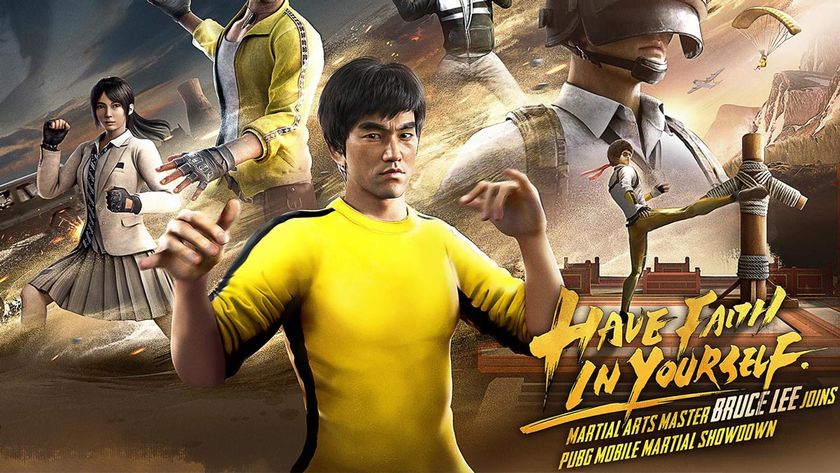 PUBG Mobile is no stranger to unorthodox crossovers, having just wrapped up a football event with Lionel Messi, and its next update is no exception. The game’s upcoming Version 2.4 update will herald the arrival of legendary martial artist Bruce Lee in a new Martial Showdown event, which adds a bunch of new martial arts-themed content to the map.

To this day Bruce Lee is still an inspiration to so many across the world. As one of the most influential and well-known stars of the 20th century, many of PUBG MOBILE players are huge fans of his. We’re incredibly proud to be honoring his legacy, bringing many elements of his signature look and personality to the game. I hope that this partnership will provide an amazing experience for PUBG MOBILE players and Bruce Lee fans alike.

It’s a rather out-of-the-blue crossover, but we’re sure fans won’t be complaining about all the new content they’re about to get their hands on. The 2.4 patch adds plenty of new outfits and limited-time cosmetics, some of which are skins mimicking Bruce Lee’s iconic yellow tracksuit. Vehicles are also getting skins, and there’ll be a few emotes themed after the martial arts expert up for grabs. It looks like a martial arts arena is also getting added to the battle royale map as a point of interest.

All this comes with a Dreamrealm Apprentice event that runs from January 10 to January 26, giving players a chance to earn exclusive rewards by going through a series of trials given by Bruce Lee himself. This collaboration seems to have been made with the Bruce Lee Family Company on behalf of the late actor. The company’s managing partner Dennis Chang said:

We could not be more excited to announce our new partnership with PUBG MOBILE, one of the world’s most popular mobile games. As global online gaming communities continue to grow at unprecedented levels we are fortunate to have found such a collaborative partner in PUBG MOBILE who has been at the forefront of the phenomenal growth trend of mobile gaming and who has created such an exciting and innovative game that truly resonates with Bruce Lee’s fanbase.

Are you going to check out the Bruce Lee crossover?