Blackwatch: Were they prepared to take on Genji?

Hey guys how ya blooming, Rosabella here and today I’m going to be talking about two of my favorite topics Blackwatch and Genji. As most of you probably know blackwatch was the covert ops of overwatch. Led by Gabriel Reyes this ragtag group was part of what got overwatch shut down. Blackwatch had some of the most dangerous people fighting for them such as a cowboy outlaw, a mad scientist and a leader with a grudge against jack Morrison. So was this lethal group ready to take on Genji as a member? I think not. I am not actually sure how blackwatch came into possession of Genji other than they bargained his life to work for them. Moira was accepted into blackwatch after Genji so she would not have been the one to build his body and we already know mercy did that. 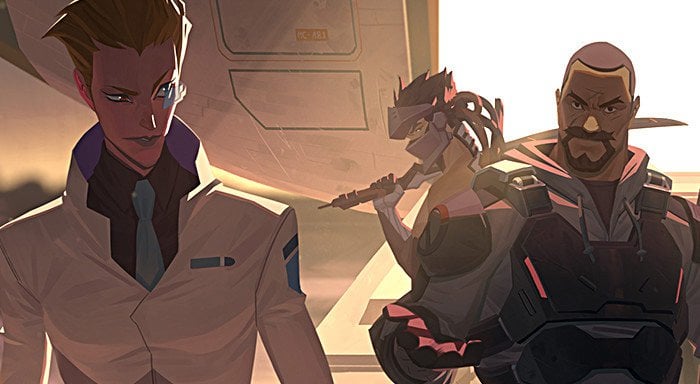 My theory is that Jack Morrison did not want to save Genji since he was part of the shimada clan which was a huge Crime organization based in Japan. But when Gabriel heard that a ninja of the shimada clan was just going to be thrown out, he took it as an opportunity. I Theorize Gabriel Reyes said he would fund for the rebuilding of Genji if Genji worked for blackwatch. We know from the overwatch retribution event from an interaction with Mccree and Genji, that Genji agreed to have what was done to him because he wanted to walk again but I'm almost positive he didn't think the changes would be as drastic as they were since it sounded like what mercy did to Genji was the first time it had been done. Angela probably wanted to save Genji and agreed to Gabriels terms behind jacks back. Jack was probably pissed about this but could not stop it from happening since Gabe was basically running his own organization over there. But back to the main topic of this blog. Was Gabe actually prepared for a kid who was almost murdered by his own brother and has now been rebuilt and probably has no mental stability whatsoever? Something I would be most worried about is the fact that blackwatch had no medic at the time Genji was brought into the group which meant two things

2. There was nobody who could diagnose his mental health while he was recovering

now I know people will argue things like ‘oh mercy was his doctor so she did all that’ or ‘Moira was introduced shortly after’ or 'there was more than one medic for each group' and yes those could be three very good arguments but mercy honestly would not pay all that much attention to Genji since he would be in a whole other part of the base and she has to deal with other patients such a lena oxton {Tracer}.

Moira might have been introduced pretty soon after Genji but I kind of doubt that since it seems like she was a renowned scientist and shut down after a very long amount of time. And thirdly if there were other medics in blackwatch I don't think Gabe would let them a foot near Genji for fear he would tear them apart. Now as Im sitting here on the sofa watching clueless {yes I like old movies dont jUdGe me\] Another thought came to mind. What if Genji is just a big good deed that Gabe is using to prove to jack he can reform bad guys into good guys. Its an interesting thought but whatevs that’s a story for another day. Anyway, Basically Gabriel would be trying to juggle not only a delinquent cowboy but also a metal unstable cyborg ninja. So how would he do that? Well first off lets look at what psychological effects of losing parts of your body could be

this is something I would certainly say Genji has since we have heard dialog and read in lore that he had issues with his new body. It can be a very hard transition. Especially since it would change his lifestyle so greatly. Anxiety would most like be caused for genji because of how other see him now and what they think of him. We have to remember he lived a very playboy lifestyle before so he had to be popular to some length. But then getting a lot of your body replaced or covered with cybernetics could really burn down ones self confidence.

Your own brother trying to kill you and stealing your very body can really mess with somebody. Imagine your sibling just coming at you for no like legit reason to murder you other than ‘your a disgrace to your family’ and then wound you so badly your body has to get replaced by cybernetics in some places. Now depression can lead to major mood swings, specifically anger that stems from sadness. Genji was already a highly trained assassin who knew how to use weapons and looks like a decently fit dude. If he came at you with a katana out of anger, it could be deadly. Now I don’t think blackwatch or overwatch had a legitimate therapist or someone who could give genji coping methods to control angry outbursts he might have had which would ultimately lead to him taking it out in people and objects. Along with depression genji could also have opted to rather die than live with what he was. We hear in many voice lines of genji’s in retribution that he is not happy and feels he is no longer one with himself.

Now this is something that I have actually seen, not in a human but in our cat, isosceles.   Isosceles lost one of his back legs before we adopted him due to an severe injured state when he was found so he had to get his leg amputated. Now what this syndrome does is your brain naturally things your limb is there since nerves from that limb will keep sending messages to the brain. The brain then will try to do normal things like pick something up or in Iso’s case, try to scratch his face with a leg that is not there. People with prosthetic limbs also do this. One way to fix it is to stab your limb with a knife to show your brain there is no pain and it is not real. Now our cat Iso gets clearly frustrated when he can’t scratch or does not feel scratching (don’t worry we scratch his poor little head for him) I would assume genji would also feel these same frustrations at first with a new body he’s not sure how to control. And with no medic that can be with him to help 24/7 I doubt he was happy during that time. 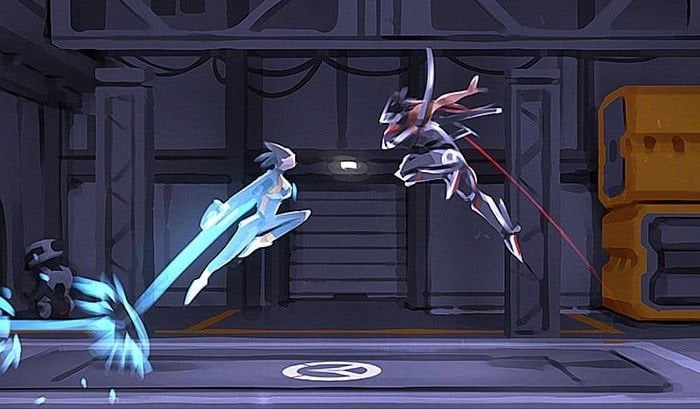 So they have this person who has literally just become an adult, has no idea what to do in this situation and has just a full list of mental issues. On top of this he has to get trained and just try to suffer through all this. That is not a good quality of life for any human being. It almost sounds cruel what he probably had to go through. blackwatch was so underprepared and new that they didn’t have resources to take genji on in a healthy way. So what finally helped genji? Well Zenyatta. Monks are known to be very tranquil beings who are at peace with themselves and everyone around them. Now at the time of meeting Genji, zenyatta either, had left the shambali or was planning on leaving since he did not believe in their way of reconnecting human and machines to be peaceful together as stated in his biography

*‘Zenyatta disagreed with the group's approach. He believed that the way to repair the problems between humans and omnics was not through dogmatic teaching but through interpersonal connection and engagement.’*

My theory is Zenyatta had left the shambali when he met genji since both traveled trying to find their purpose. I believe that Zenny and Genji bumped into each other while traveling and Zenyatta saw how broken Genji was. so he took him back to the monastery to mentor him. hence why we see them in the monastery when Genji is writing his letter. 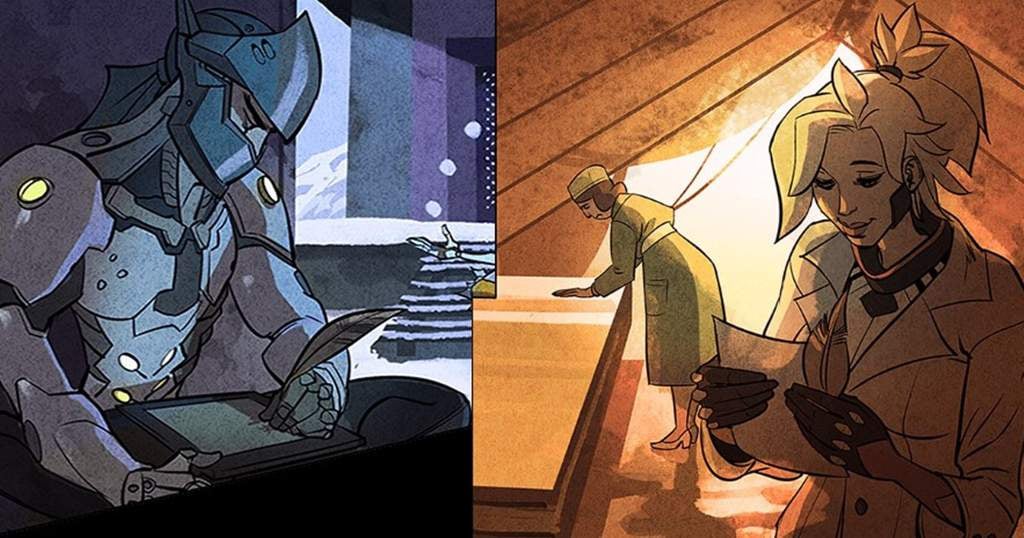 Now the fact that Zenny was ready to disconnect from the shambali because his beliefs on teaching were different is perfect because it seems like zenyatta had tested his way of connecting with people with genji as he mentored him. He did not just sit and lecture genji on how he should be at peace with being both man and machine, he taught by becoming Genji’s friend and connecting with him on a human level. Genji at first did not listen to zenyatta’s teachings as any mentally hurt person would, but overtime as zenyatta connected with genji he would listen and in time become much healthier and happier about his new self.

In conclusion, I do not believe blackwatch was ready for genji in any way but I believe it was a good thing for genji to just so happen to be found by the organization and be found by zenyatta who would teach him to be at peace. And after that genji was able to once again find his brother and also bring him closure as to what happened and all his guilt. 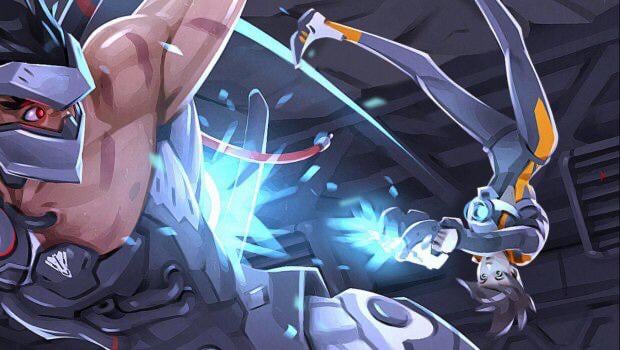 I love Genji’s backstory because it’s something that a lot of people can relate to in some way. It’s a story of somebody being broken down to their very lowest point and then being able to get back up, with the help of others, and come out better than before. It’s something I think we can all learn from to show us that any one of us could get through our lowest point and if we make the choice, we can be even better people because of it. No matter how different we may look after, we can be Hero’s.

Well that’s my theory, I hope you guys enjoyed and I’ll see you fellow Heroes next time!

10 Features And Modes Blizzard Needs To Include In ‘Overwatch 2’

‘Overwatch’ Is Now On Sale On Nintendo Switch