Hey guys. I've decided it's time to do something with my ideas and upload them somewhere.

This hero is based on Rose Hero Concept by Valeriy Vegera, CD Project Red's Concept and Illustration artist. Here's link: https://www.artstation.com/artwork/rose-71I think it could be created before the game premiere. 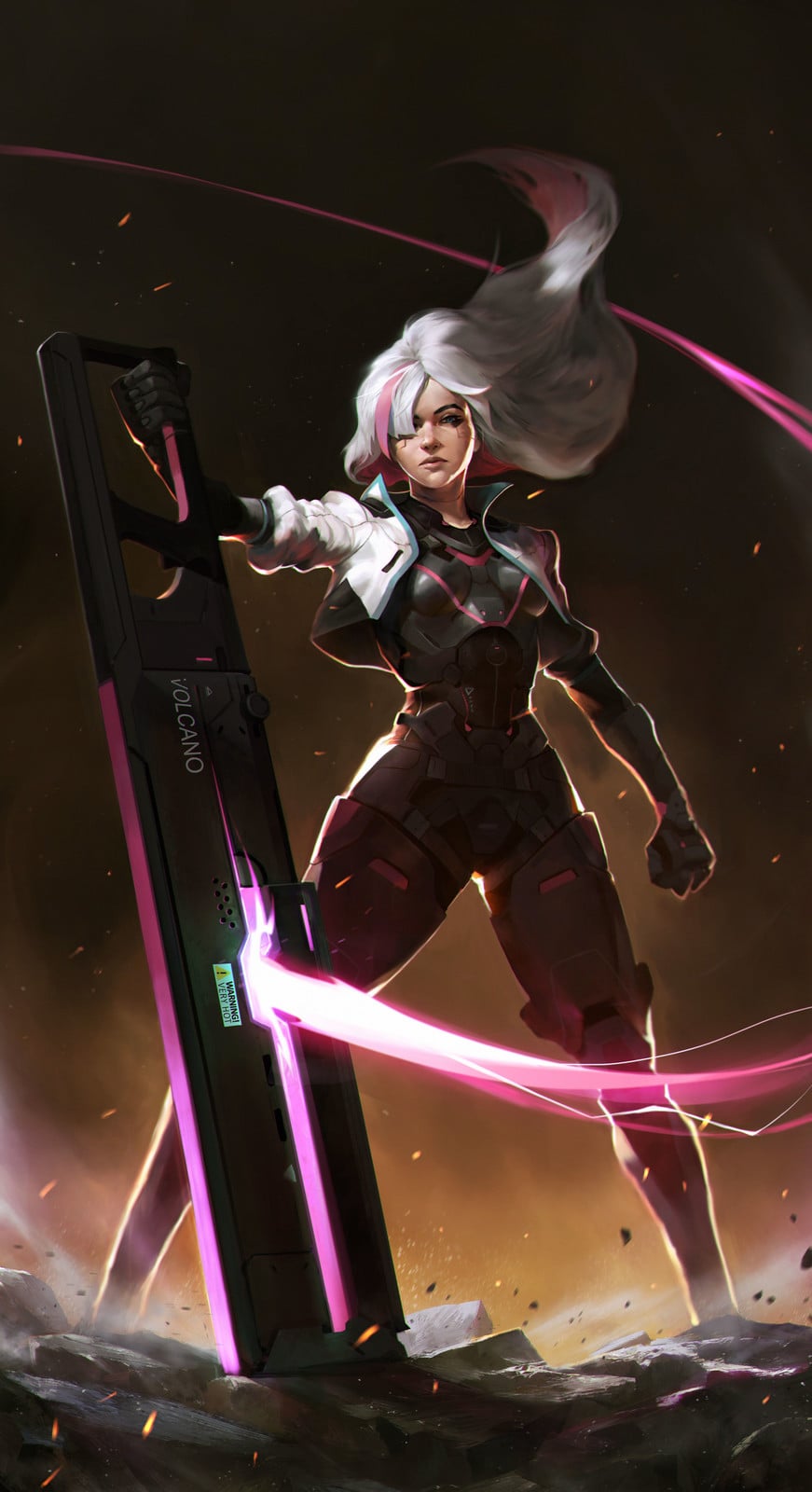 It have some flawes for me, as this concept doesn't tell immediately it was created for Overwatch, so it is only for reference to my actual concept.

Short Story: Rosana Fiorenza Alassio was Blackwatch pilot, working under nickname 'Fio'. After disbanding of Overwatch, she came back to Italy. Years later she was attacked by Reaper (who was killing ex-Overwatch members) but successfully ran away. Later she found a job as bodyguard in Monte Carlo Casino. Maximillien, her boss valued her and after seeing her combat skills with heavy weapons choosed her as personal private escorte. He liked to name her 'Rose'. She saw Reaper few years later close to her boss and tried to attack him but was heavily wounded. Max couldn't accept that his best bodyguard was dying and with Talon's resources decided to cybernetize her and delete parts of her memories. Now, 'Rose' is devoted soldier in Monte Carlo and fight in disguise or Talon's field missions, without knowledge of attack and work for Overwatch.

Stats: 250 HP, 150 Shields (Her stats are justificated by her passive and small size - slightly similar to Zaria's)

Her kit is based around being mobile secondary shield tank. I know there's too much shields in meta but this concept isn't new (I got it before Sigma was added to the game - Ooow, it's been a year now. Time is very fast). I've tried to shape her in a way she would be an option for dive as her main focus would be dislocation enemies and being constantly in movement.

Passive - Self-protection Battle Matrix
Rose's shields work differently than others. It work like both armor (weaker) and shields. It blocks 3 DMG per hit, reduces DMG of beams by 12% and starts to regenerate after 3 seconds without taking DMG. It have pink color.(For reference, armor blocks 5 DMG and reduces by 20%.)

Space - Volcano Jetpacks (Cooldown: 2 seconds)
While airborne (even after jump), Rose can cleanse herself from slows and knockback's effects and gets 220% horizontal movement speed increase for 2 seconds or until touching wall or ground. Cooldown starts after effect expires.

LShift - Out of MY Way! (Cooldown: 12 seconds)
After 0,65 seconds, Rose flies forward (can be used to move vertically) for 20 meters (moving 50 m/s - yes, i know how fast it is, she blinks creating pink trail). If there's enemy, she pick first one, deals 25 DMG and release enemy at the end of flight range, knockbacking him for 4m.(To clarify, it works similarly to LShift of Genji).

E - Link Barriers (Cooldown: 6 seconds after destruction)
Creates small/medium barrier with trapezoid shape (longest edge is higher one) that have 800 HP. It is placed in air, 2,5 meters from Rose and can be placed in different angles (like Sigma's Barrier). Rose can create Second barrier using same key. Both of them have shared durability. Using Interaction Key (F) dismiss barrier or if there are two, older one. Durability of Barrier is regenerated when both barriers aren't in use (100 per second). Destroying one barrier disactivates second.

Q - Volcano Overload (Cost: 2100)
Jumps and after that slams the ground beneath launching energy pulse to the ground (It works similarly to DF's E - you move slightly forward and can move camera in any horizontal direction - starts with high jump). Ground starts to create geysers of pure energy in line (there's 15 of them, each with 2 meters radius, centers of them are 6 meters from adjacent two) and each of them creates shockwave (10 meter radius). Each geyser deals 100 DMG, and each shockwave 50 DMG (deals DMG also to those in geysers). After getting hit by Shockwave, every another deals only 10 DMG. Geysers appears in chain effect. Enemies are slowed by 20-80% for 2 seconds based on how far they were from they geysers.

This concept is very complex, but in future I will try to post shorter descriptions.

Opinion: I Think That Draws Should Result In 1/2 the SR for Everyone