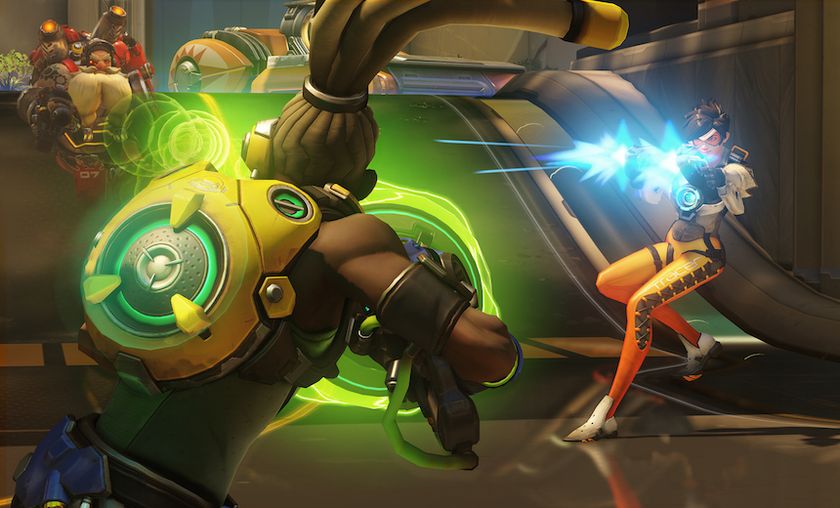 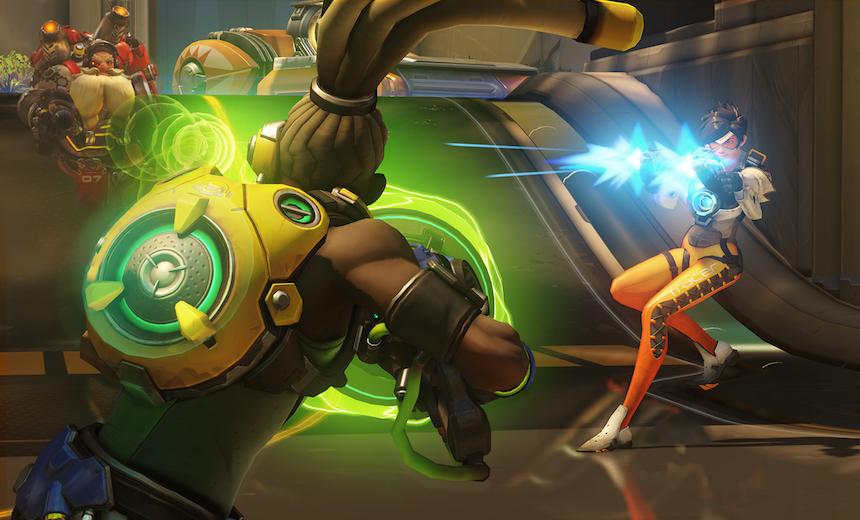 Before starting to do analysis for competitive Overwatch, my most recent analytical background came from Pokemon VGC. Following after a very good friend of mine, Alex Ogloza (2014 US National Champ), I was able to learn what Alex at the time called ‘slow’ and ‘fast’ modes of teams. These modes revolved around the move “Trick Room” , which reversed the order Pokemon were selected to attack from fastest first to slowest first. The change allowed for teams to include slower, but stronger Pokemon to compete with faster, but squishier Pokemon. This approach to team building gave me an idea to break down the meta by an important component: Tempo.

Tempo, plainly, is the speed that the game moves at.

Everyone has had a game on Temple of Anubis, where the attacking team is able to take a teamfight at the first point, shift focus, and capture the second point immediately. This is an example of “Fast Tempo”. “Fast Tempo” relies on strong, all-in engages, taking advantage of the long setup times that slower compositions face. The most common maps to see this approach on are those with capture points, such as the first point of King’s Row, or King of the Hill maps.

The opposite side of the spectrum is “Slow Tempo”. “Slow Tempo” compositions aren’t necessarily slow moving, but they look to reduce the speed of the game by forcing teams to move slowly through chokepoints. These teams look to position well and funnel attacks into predictable positions, while setting up for counter-engage or big flanks. Their tanky frontlines look to punish faster compositions by taking advantage of their generally squishier lineups.

Why is Tempo Control Important?

Due to the way characters are balanced, bulkier heroes tend to be slower. Being slower creates mismatches against faster opponents who are harder to hit. Thus, to activate these slow (but bursty) heroes, it becomes important to give them more opportunities to land their key abilities by decreasing overall speed of the game.

The same logic applies the other way.

In order to avoid getting bursted, faster teams need to catch these slower teams out of position and close the physical distance between the two teams. They can accomplish this by shortening the time that slower tempo teams have to react and aim their skillshots.

Let’s look at a few examples.

In Game 2 of SG-1 vs. Graviton Surge (now Misfits) in GosuGamers' Weekly EU #13, we see a very good example of a “slow tempo” composition on the defensive side of King’s Row.

The circles from Left to Right: Roadhog, Junkrat, Reinhardt, Mercy, Soldier. Symmetra isn't visible, but is probably near Junkrat.

Let’s look at the spacing of SG-1’s heroes and the objectives that they serve. Right from the get-go, SG-1 is positioned extremely well. Notice how, with the exception of Roadhog, all members of the team are hidden either behind the building in front of the Bastion, or in flank positions. These positions are needed to react to a fast push from Graviton Surge. Junkrat is in a great position to throw out damage from behind Reinhardt, while the other DPS, Soldier 76, is hidden away in the upper right, looking for a flank. Even Roadhog’s exposed position looks to challenge any offensive player attacking the flank from inside the hotel. The collective goal is to force Graviton Surge through the single large entrance onto the site, while having Junkrat, Symmetra, and Soldier punish the slow push of the offense.

Starting at 26:50, we see Roadhog show presence in the Hotel entrance, looking to put out damage on anyone using the statue for cover. He immediately ducks away, gaining intel on the locations of each of the Graviton Surge players and communicating back to his team. Almost instantaneously, Soldier, in the upper right, starts to push out at 26:54 to put down harassment from an extremely safe location. It should be noted that Junkrat and Reinhardt are both providing covering fire, preventing the Bastion from getting a more advantageous angle onto the site. The Roadhog is caught by Bastion fire at 27:08, but SG-1 keeps in safe positions, forcing GS to move up in order to capitalize on the man advantage.

27:22 shows extremely great decision making by SG-1. Reinhardt defends the Hotel entrance and Junkrat continues to jiggle-peek, avoiding taking too much damage. As the focus of Graviton Surge is pulled towards the Junkrat, Soldier uses this opportunity to flank out the Lucio. At this point, Graviton Surge is trapped, collapsed upon and eventually wiped.

While the defensive execution seems pretty easy, it is important to note that “slow tempo” teams are willing to give up ground and objective time in order to build towards their win conditions. Graviton is actually able to capture 2/3s of the point but is never able to establish control over the area.

At 28:27, we can actually see the composition punish a fast execute from Graviton Surge. Lucio ultimates and tries to push forward. Since no one is able to safely clear the angles held by the defense, there is no follow up, and the attack stalls. Soldier is able assault the backline, while Junkrat puts out damage on the stalled frontline. The result is another team fight loss.

We’ll use game 2 of June's Alienware's Monthly Melee Winner’s Finals between Cloud9 and EnVyUs as our example of a “fast tempo” composition.

“Fast tempo” compositions are mainly focused on execution and target selection. Typically they do not value positioning as much, but rely on taking the enemy team by surprise. These teams are made up of heroes with very strong engage, or ways to jump into the opponent’s backline.

These “fast tempo” teams tend to only run a single tank (usually Winston), relying on their damage to win fights. Because of this, target selection is especially important to avoid drawn out fights, where the squishy attackers are more vulnerable to return damage from the defense once they are able to set up.

At 22:21, we can see the start of a very clean engage from Envy. After forcing out Mei’s Cryo-Freeze, Envy immediately pushes her location with D.va and Genji and catches Kyky’s Roadhog in the process. The instant engage onto the backlines causes the major damage dealers on C9 to struggle with target selection. A good example is Reaver’s Soldier at 22:35. Because of how quickly Cocco and HarryHook are able to break into the backline, Reaver never has a clear target to focus damage on. The fact he is isolated makes it easy for Talespin to take him out at 22:40.

Unlike the safe positions from SG-1 that we saw in the first VOD, C9 is never really able to set their feet. These chaotic moments are what make “fast tempo” compositions so strong. By being able to take the fight on their terms, Envy is better able to put themselves in situations, where they can meet their win conditions.

Where do we go from here?

So far, we have looked at two small examples of tempo-based approaches. Of course, there are many avenues and possible compositions that can be explored. The crux of this analysis is to change the way teams and players look at the competitive meta.

As players start approaching the same level of individual ability, it comes down to coordination and execution to win games. The concept of “Tempo” might be something that you, as a player, have already given some thought about, or innately understand, but it is essential to start thinking consciously about. As your understanding of the flow of the game improves, you will be better able to pinpoint what criteria needs to be met in order to achieve victory. Tune in next week, when I look at win conditions: what they mean and how to meet them.

Do you feel that the combat style of Overwatch gives faster heroes an inherent advantage over slower heroes?