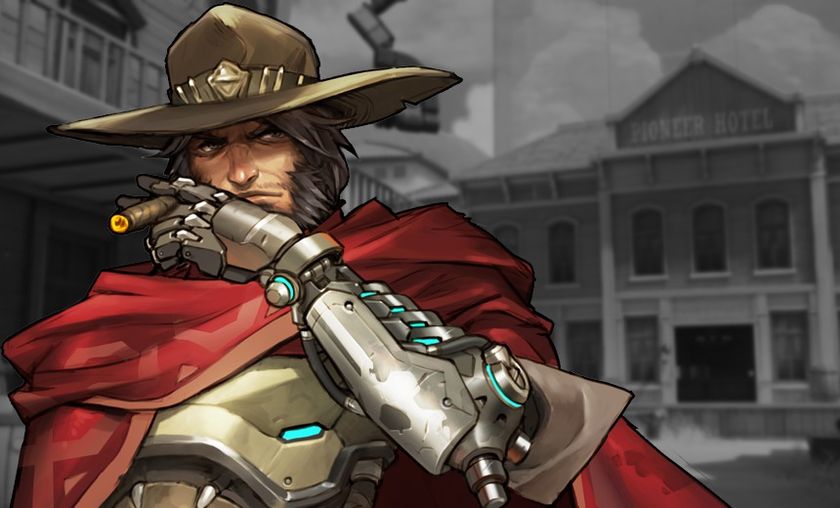 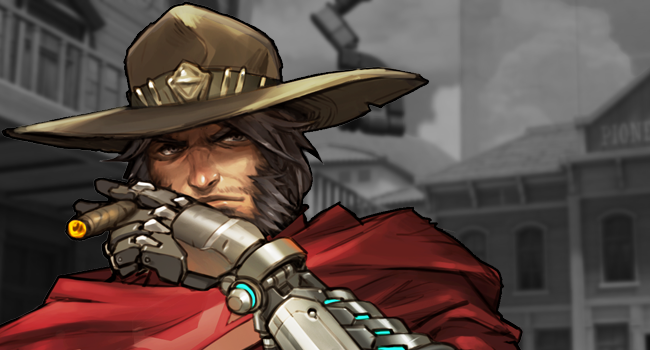 Earlier this week on GosuGamers we wrote an article about the upcoming Overwatch patch 1.0.4 changes for McCree, Widowmaker, and Mercy. McCree received a heavy nerf to his damage; Fan the Hammer went from 70 damage per shot to 45 damage per shot, yet his recovery time before reloading again decreased by 0.45 seconds, going from 0.75 to 0.3 seconds. How much do these changes affect who he eliminates easily? That’s what I’m determined to solve for you.

Setting up the Equation

Rather than solve for a single instance of a damage nerf, I designed a Flashbang/Fan The Hammer calculator in Google Sheets to solve any iteration of the problem. The calculator determines the Flashbang damage--if used--and the damage and number of hits each hero receives from 1 Fan the Hammer or 2 Fan the Hammers after recovery.

For the rest of the article, Flashbang and Fan the Hammer, when talking about the skill name, is abbreviated as “FB” and “FTH.”

Before I set up any equations within the cells I started with the assumptions below.

After the assumptions, I made a couple of adjustable values directly affecting McCree’s damage output: FB Damage and Shot Damage, where FB damage is the damage of a Flashbang and Shot Damage the damage of each individual bullet in FTH. Make sure to alter the FTH Shot damage between 45 and 70 to see the impact of the patch in action. I also included a few extra fields to trigger on and off such as Torbjörn’s Armor Pack, Symmetra’s Shield, Molten Core, and Zarya’s self and target shield to examine buffs on certain heroes.

The Google Sheet has a fair number of columns used to determine how many FTH shots it takes to eliminate a hero or destroy a hero’s turret, teleporter, wall, or shield. There's columns for HP, Shields, and Armor, followed by a column for FB and each individual hit in FTH. Each individual hit is a column so one sees which hits from FB and FTH hit armor and deal lower damage to the target. The column after the hits, Dead, determines if the hero died from FB+FTH or not and lists the number of shots used on the hero. If FB+FTH did not eliminate the hero, then another column--Armor Left--determines the amount of armor remaining on the hero. Another column for HP or Shields isn’t needed, as the sheet determines death from the sum of all damage minus the sum of HP, Shield, and Armor from the first few columns. If there’s no armor, then it determines how many more shots on HP/Shields it takes. If there is armor, it determines how many shots it takes to remove the armor, then calculates the number of shots to finish off the target. The final column sums up the total number of extra FTH hits required to kill the target.

There were two types of calculators made for FB+FTH and FB+2FTH--FB, FTH, Roll, and FTH for the FB+2FTH combo. After removing combos without FTH, we’re left with 8 combos. The tables below show which targets are stayin’ alive like a Bee Gees song after the new changes to McCree's FTH damage within the combos.

Table 1: Which heroes and abilities now survive through the combos that didn't before the patch

The amount of heroes and abilities increased a bit with the new changes. An unexpected change I found is Bastion and Torbjörn’s Turret 2--the upgraded without ultimate active--survives an FB+FTH combo, even though Bastion is a Defense hero and the turret is a product of a Defense hero. Winston’s Shield and  Torbjörn’s Turret 3--the ultimate version--gained increased survivability against a lone McCree as well. Additionally, Zarya’s able to survive a FB+FTH combo, which finally allows all tanks a better chance against him. Last but not least, Roadhog and D.Va can survive all direct hits from a FB+2FTH combo.

The decrease to damage isn’t the only thing a McCree has to worry about too. Since there’s lower damage per hit, a player must hit the target more often to receive the same output before the change. A special exception is D.Va outside of her mech; she’s added as an extra row to see how many extra FTH shots it’d take to finish her off from full health. D.Va as a pilot is assumed to receive the FB+FTH combo as well, as if it started over again. The table below shows how many more FTH hits it takes to eliminate the target since the new changes.

It’s safe to say the new change requires a lot more shots fired from McCrees’s trusty revolver. What about his potential damage output though? Preface: many values I used to determine this are based on what I’ve tested out in-game and took a gamble at guessing correctly every motion involved. Read with a grain of salt.

Another part was testing the full FB+2FTH combo and how much DPS a McCree may put out. Below are the assumptions I took going into this.

Total damage with FB is 865 damage at 70/shot and 565 damage at 45/shot, consider there’s 2 FTH’s which means 12 total shots. Without FB, these values become 840 and 540. Since 12 shots are fired, FTH is multiplied twice in our total time equation. Adding together these variables and the values assumed, the following equation is used for the total time it takes to execute a FB+2FTH combo:

DPS is “Damage per second” and solved by taking the total damage and dividing it by the total time; this gives the average DPS. 8 scenarios are looked at below; what changes is whether or not FB is used, whether or not re-aiming is required, and the old damage and new damage values.

From the results above, his projected DPS with a full FB+2FTH combo is approximately 35% below the old values with the new damage values in place. The values within “DPS w/o FB” are higher than with FB because, while FB does damage, it has the animation lock attached to it. With the lock, the extra 0.35 seconds is in the equation above; without it, that value is set to 0. It is similar to why No Re-aim is higher than re-aiming; the player takes up extra time to adjust their crosshairs again.

Considering it takes most of another FTH combo to take down enemies nowadays, there’s higher importance placed on pulling off the FB+2FTH or 2FTH without Flashbang combos as well as the left click. It’s a bit similar to Genji’s left/right-click attacks, except instead of all projectiles having the same damage and different rate of fire, the bullets have different damage and different rates of fire; left-click is slow rate of fire yet higher damage, while right click is high rate of fire yet reduced damage.

If I had to guess the reasons for this particular change, it’s to increase tank survivability, increase focus on left-click over right-click and FTH, and increase the importance of accuracy on McCree. Both competitive and casual players with lower accuracy rates will have a harder time on McCree now sadly. If you haven't practiced with the shooting hand recently, now's a better time than any.

TL;DR: As the Omnics say: "You must reload additional pistols."

Do you think the changes to McCree will have a significant impact on team compositions?