We looked back at what 2016 meant for Overwatch on New Year's Eve, but we also couldn't help but look ahead towards 2017. Even with Overwatch's amazing momentum, the developers will need to deliver certain things to keep up the hype - or risk grinding to a halt way too soon. 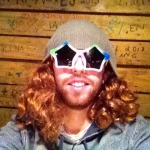 As great as Overwatch is, I really hope 2017 will be the year that Blizzard gets the game ready for true, worldwide esports domination. Even though 2016 was significant and a great start for many reasons, the game is running out of its initial hype. We still don’t have the actual kind of balance that allows for multiple, equally-good compositions, and if Blizzard continues to push the less-favoured maps, then we also need some serious reworks (or additional, better gamemodes).

In my opinion, however, the most important factors that will guarantee Overwatch success for the coming years are the Overwatch League and the spectator UI.

The Overwatch League (OWL) has the important task of combining the interests of new fans - of which we should get many more - and the dedicated ‘hardcore’ fanbase. The previous year has shown that Blizzard isn’t always as focused on this latter group, as made clear by the lack of map drafting analysis and almost complete absence of game-related stats. Secondly, the OWL needs to, from the start, set standards for the scene related to everything from production to #playerrights and roster stability. I am as excited as anyone about this Blizzard project, but Blizzard has a history of not quite delivering.

The other important subject I will be keeping an eye on this year is the spectator UI. The current version doesn’t really deserve the spectator part of the term, but plenty of suggestions have reached Blizzard which I hope will be able to be implemented with the usual Blizzard-flair. Let’s get that minimap going to highlight teams’ positioning, as well as clearer camera views and a completed kill/infofeed. 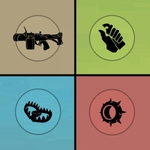 The Overwatch League is set to release in late 2017, and if all goes according to plan, it’ll usher in a host of quality-of-life improvements: more powerful spectating tools, in-depth statistics and user interface improvements are all expected.

As important as all of those changes are going to be, it’s the improvements that non-endemic team owners are set to bring that has me most excited. Blizzard has made little secret of their desire to have owners of NFL, NBA and other large sports teams involved in the Overwatch League.

Traditional sport organizations have teams of coaches and analysts, statisticians, sports psychologists, dieticians and physical therapists, all working to make sure that their players are performing as best as they can. Until Overwatch proves to be a lucrative investment, high numbers of Overwatch-dedicated staff will be unlikely, but almost anything they bring will be step up compared to what most endemic esports organizations can offer.

The rules of the league look to bring their own improvements: higher minimum salaries, increased benefits (such as health insurance) and additional stability are all likely to be mandated as part of participation in the League. While there will almost certainly be tradeoffs – players will likely face harsher penalties for quitting their teams mid-contact, for example – if everything that’s been hinted at comes to fruition, it’ll be a major boon for players.

There are a lot of details still to be filled in and a lot of promises that need to be delivered on, but the League looks to be a turning point for the better in Overwatch’s young history.

I’m personally looking forward to the expansion of the map pool in Overwatch.

As someone who loves knowing the backstory and lore of a game, Eichenwalde was a real treat. Not only did we get to see another city in the Overwatch world, but we also learned more about a major event in the Omnic Crisis - The Battle of Eichenwalde, in which the Crusaders, led by General Balderich von Adler, made a last stand that signaled a turning point in the war.

However, new maps mean more than just lore; it can add new mechanics that have yet to be seen in pro play.

Already, Blizzard has added to the map pool in 2017 with Oasis going live less than two weeks into the year. Oasis brings the new addition of jump pads and insta-kill objects into play, making for some unique gameplay that we've yet to see in Overwatch.

In the last Developer Update of 2016, we were also teased about another new, unnamed map that’s currently in development, and the suggestion that more maps could be seen by the time 2017 is over. This is exciting in terms of quality of life, more-exciting gameplay and added versatility to matches.

A prime example of maps giving us better experiences is through some top-teir Eichenwalde gameplay: namely, Mickie’s D.va quadkill at AEX and Zunba’s clever Zarya ult during the Overwatch World Cup for South Korea. Oasis hasn't been explored in the professional scene just yet, but it'll be exciting to see what kind of plays come about with the new jump pad mechanic. 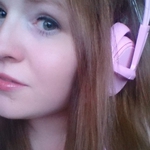 What I mostly will look forward to in 2017 will be the continuing timeline and growth of the game. I’m being a bit vague with this point of view, but there’s so many aspects of the game that I’m curious about.

There’s a lot of things that is needed for Overwatch to evolve and continue to grow. The initial hype for Overwatch is now over, so it takes a lot of dedication both from the community and the developers to keep the momentum going. We need tournaments, both big and small. We need constant updates, tuning and fresh content. And - of course - we need continuing support from the players.

If I were to focus on just one thing for 2017, it will be the Overwatch League. Will it succeed? The community has been looking for Blizzard to get involved in the competitive scene, and they've now showm up. There’s still a lot of questions about the league, but they should all be answered in due time. I will take my curiosity and gleefully await the arrival of 2017.

What will you be focusing on this year?