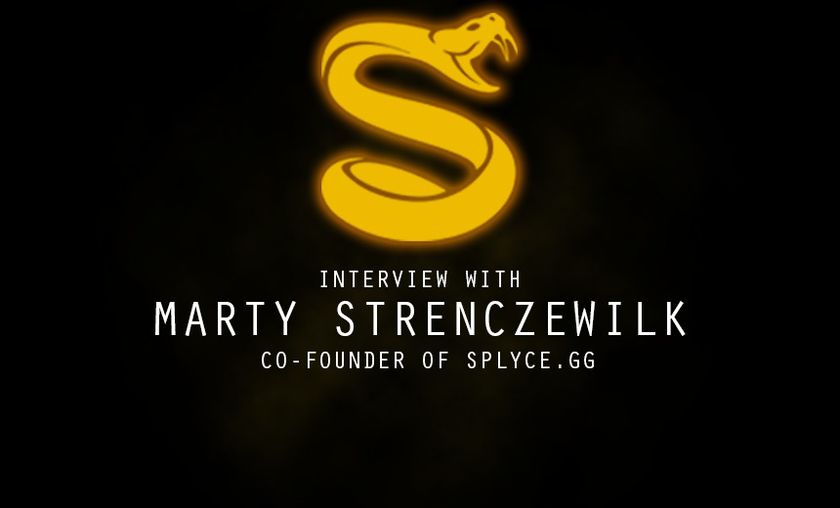 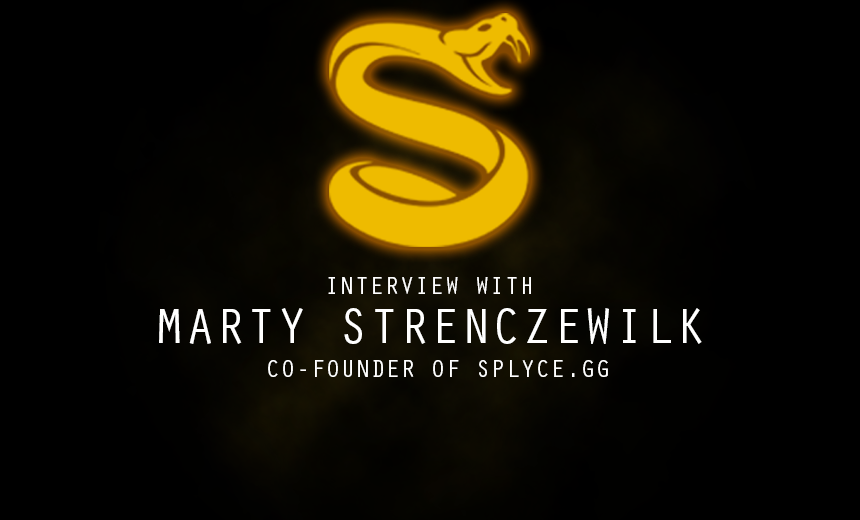 A few years ago Marty Strenczewilk had a problem; he wanted to watch Hearthstone tournaments but had a hard time finding out when they took place. So Marty began thinking of a way to solve his problem. He pitched his solution idea to a friend, recruited his wife to help, and after some convincing they entered a business competition, which they won. Not only did the competition give them the financial resources to implement their idea, it also gave them the confidence to know that this was a legitimate business venture. Marty Strenczewilk is the co-founder of Splyce.gg and I recently had the opportunity to talk with him about eSports, Overwatch, and Broadway.

Before he was co-founder of Splyce.gg, Marty Strenczewilk was an entertainer. He majored in theater and worked in the industry for ten years before making the switch to eSports. Marty sees a lot of similarities between eSports and Broadway.

”If you look at theater as the comparison, you have the circuit of the summer festival with 97 plays in a two weeks, all the way up to Broadway being the most mature, respected career where you can make a living and work on productions. The difference is that eSports didn’t have a lot of the Broadway level. I don’t think the circuit level goes away, which is why I relate it back to theater; that stuff will still exist. You will always have really cool online tournaments with solid viewers and sponsorships. Those tournaments are driven by the passion of the community and they aren’t going away. But what we are gaining is the Broadway of eSports, where people who want to make it their career, and want a chance to make it their living actually can.”

eSports is evolving into a legitimate business, with a projected revenue of one billion dollars in 2019. In 2015, the final match of the League of Legends World Championship had 14 million concurrent viewers and a staggering 36 million unique viewers. But with this new found money comes growing pains. As a team owner, Marty is doing what he can to help the industry mature in positive ways.

”I do a lot of education where I go to a conference to speak or sit down with a potential long term partner of eSports and teaching them the space. I tell them that even if we don’t work together, use me as a resource because I know that your involvement in the space is good for our industry, and what is good for our industry is good for me even if I never make a dime of that person. Our responsibility is to stop being so focused on the now, things like sponsorship and merchandise, and instead think about what the next five or ten years will look like. How do we facilitate that growth through education, through reaching out to the right people, and through testing the waters with new things that aren’t so comfortable to do from a revenue/monetization standpoint?”

While Marty is making sure that the eSports industry continues to grow, he is also doing what he can now to make sure that Splyce.gg is still around in the future. One way that he is doing this is by investing in professional teams because the teams get the Splyce.gg name out there. Even though Splyce.gg already sponsored teams in big games like League of Legends, CS:GO, and Hearthstone, Marty recognized that Overwatch has the potential to be the next Big Thing. But Marty isn’t looking at the number of players, or the popularity of the game in Korean net cafes; instead, Marty looks to the Overwatch community.

”When I look at a new game, or even an established game, I don’t look at the top league. I look at the community. And that’s what I see in Overwatch. We are talking beta tournaments, GosuGamers all online with not a lot of advertisement and getting 10-20 thousand concurrent viewership. We are talking big streamers like JoshOG taking their own money to run a tournament because they think it is cool. That kind of initiative from a community tells you the health of an eSport. We have all seen it, the most successful eSports come from the community first.”

Just like Overwatch, the entire eSports industry relies on the community. There needs to be casual players and fans who enjoy both playing and watching the game, and there needs to be professional players who dedicate themselves to being the best. But there also needs to be teams, sponsors, and organizations putting money into eSports. Marty is one of those people, and he highlights one of the things that makes eSports so amazing: at the end of the day, he is just a fan like the rest of us.

Would you like to see more articles featuring people, other than players, who are involved in eSports?

Yes, of course!
Thank you for voting!
No, just focus on the players!
Thank you for voting!
Galen “Z0MBEE” Henseler
From Doom, to Unreal Tournament, Halo, Battlefield, and CoD, my experience with FPS games spans decades. Now it is time to dive into Overwatch. Follow me on twitter @THE_Z0MBEE
Share Tweet
66 people reacted to this post