DreamHack partners with MTG for eSports studio in Stockholm

The Swedish eSports company and MTGx of the international media group "Media Times Group" will cooperate to build an eSports studio in the Swedish capital, gunning for "7 days a week, 365 days a year" broadcast.

The studio is boasted to be the first dedicated eSports studio in the Nordics, its broadcast scheduled to being this autumn. Studio's aim is said to be taking eSports in the region "to the next level" and one can see DreamHack's reasoning behind that. The eSports company has been operating in the region for a long time, channeling the eSports culture in Sweden into hosting one of the most renowned tournaments in Europe (and for some of its disciplines like StarCraft 2 - in the world). Setting up the studio looks like the next logical step for DreamHack as their broadcast schedule will aim towards filling the gap between the various DH events by providing eSports viewership with regular delivery of content.

To tell us more about the DH/MTGx studio, we sat with DreamHack's director of eSports Tomas Hermansson (a.k.a. Greykarn) for a series of questions on what the concept behind this project is and what makes it different from other similar projects in the sphere. 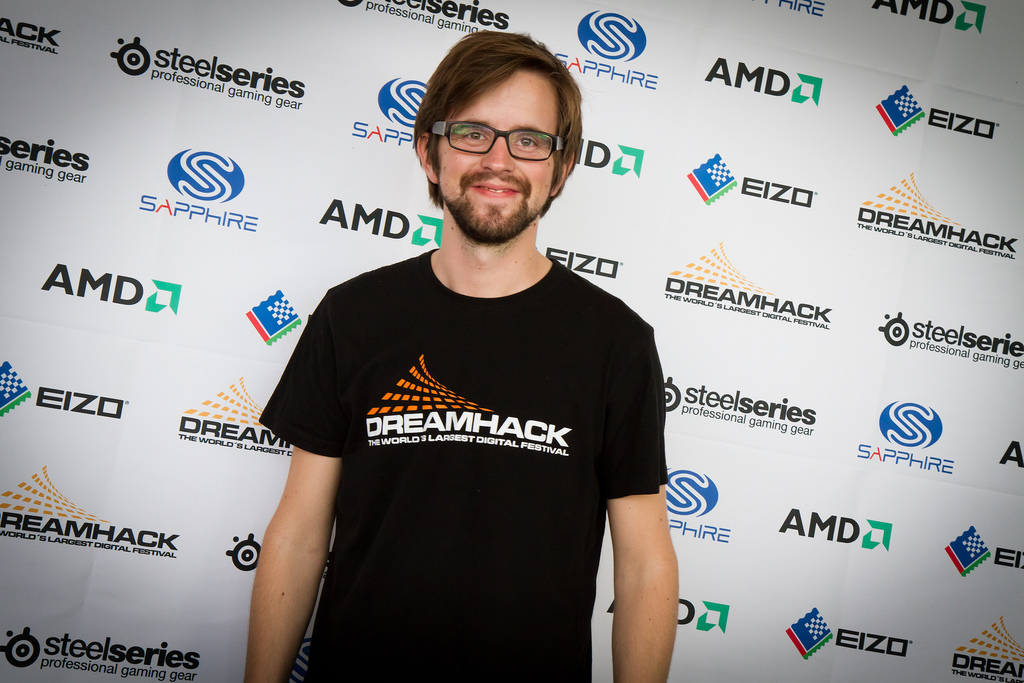 First of all, who had this idea to go big with a studio project? When did you talk about this for the first time internally and, if you remember, what were the initial reactions of your core team back then?

We’ve been discussing this project internally for a long time but I think we outlined this as part of our company strategy in early 2013. We saw an increasing interest from media partners, sponsors, fans and publishers when it comes to regular eSports content and we realized it’s hard to produce the quantity needed if we only produced stuff from our 10-15 events every year. In the end, that’s just 20-30 days which only represents 8% of the year.

A studio will increase that capacity a lot. The initial and internal debate in the DreamHack office is usually the difficult part. Of course, we have discussed the positive and negative sides a lot, but in the end we feel that a studio project is very beneficial for DreamHack as a company and the eSports community as whole.

What was the turning point for DreamHack to get out of its comfort zone and branch out into something that, opposed to what you do successfully multiple times a year, has to bend its knee to a daily routine?

That’s a good question. One thing that comes to mind is actually editorial and production improvement. We realized it’s impossible to make event-to-event improvements if you have six months between each event. You can do some big changes between events but all those “small tweaks” are easily forgotten. Media and broadcast production is a lot about creating formats, structure and working on improving the editorial content.

In a studio, we can work day-to-day to improve stuff and be more open minded when we get feedback from the community and partners. In the past, we couldn’t always listen to great feedback since we don’t have the ability to change stuff until next event six months later. It’s very easy to forget stuff or to just repeat what you did the last time. Also, with a studio we’ll put alot more focus on the editorial part. DreamHack have always been about great hype, a cool live show and fancy stages but we’re lacking when it comes to tournament info, statistics, in-depth analysis, content and keeping the edge in all editorial aspects.

The studio announced is meant to go on air later this autumn as you state in your press release. How long have you been working on this behind closed curtains already?

6-8 months. We still have a long road ahead of us since we’re starting to build the actual studio right now.

You announced MTG as a partner for this project who have a strong background in regular TV production. Is the project's goal to push eSports content into traditional media or is it more about an established media company being interested in how the mechanics of our niche featuring live broadcasting and content on demand work?

Both. We have a lot of stuff we can learn from MTG when it comes to television, professional production and creating entertainment. But on the other hand, MTG can learn a lot from DreamHack when it comes to cost-efficient production, internet streaming and the gaming industry.

Traditional media is important to make eSports more mainstream and to expand the audience. But I think the old eSports dream “we need to get eSports on TV to succeed” is dead. Esports have a proven record to be successful on internet streaming only. So it’s actually the opposite - traditional media wants to learn how you attract the young demographics which don’t consume traditional media in the same way as before. Esports is one solution to that problem, and perfect content to show on traditional and new media channels alike.

Will we see familiar faces such as James ‘2GD’ Harding, who we know is close to DH and still keeps his following in the dark about future plans of his own studio project?

Unlike many studios, we’re not aiming to have a talent pool that’s attached to the studio full-time. We’ll work closily with a lot of hosts, casters and personalities to fill-up our shows, but since eSports is developing and changing every day  - we want to stay flexible.

In doing this, partnership with sites, communities and community partners will be very important, and we have traditionally been very close to the GD Studio and James. We’ll present more news and information about this soon.

Mostly online, with the goal to increase the volume of on-site content. We’ll have the ability to have teams both practicing and playing in the studio. Stockholm is also a great city when it comes to communications, hotels, restaurants and night life - so we believe that can attract teams/players with something more then just a great event. We have explained our long-term goal a couple of times. We want to make Stockholm the capital of eSports.

Assuming the studio will cover multiple titles, how will you address the demands of the different communities requiring the best time slots for their game?

I don’t see this problem at all. All games will get good broadcast slots every now and then, depending on which day, week or period we’re talking about.

This is not the first such studio that’s opening. How does yours stand out among the competitors conceptually? Is the studio more about filling some void in eSports content or improving onto already existent practices?

We’ll of course use some of the stuff that has already been proven successful in other TV-Studios, but we’ll do it  DreamHack-style. Our style is usually high-quality production where we do premium eSports but still keep the fun and entertainment aspect of it and stay close to the community. We’ll also work day-to-day on new features and technical development just like before.

DreamHack has always stuck to its ‘festival’ nature being a core value. Will you pick up on this for the studio project as well and maybe have spectator ranks like regular TV shows usually have?

We’ll have the capacity for an on-site audience for a couple of the shows, but most of them will not have an spectators on-site.

With major publishers starting to explore the value of broadcasting their content, is your mission to battle the establishment (editors note: Turtle Entertainment, Hero Level Productions etc) for those top tier deals to run events like WCS or LCS? Or will you instead come up with self-developed concepts that maybe evolve around the other major eSports titles which are not backed up by their Publishers, namely Dota 2 and Counter-Strike: Global Offensive?

We aim to do both. Our primary focus is to produce self-developed concepts and keep it within the DreamHack brand. It’s usually the best concept for everyone involved. But we’ll also offer our services to established eSports publishers and new game developers/game publishers that wants a eSports show/format around their game. There’s no real contradiction between the two strategies mentioned above, in our opinion.

Can you already share some info on upcoming formats? We read about that major announcement for CS:GO (editors note: the $57k league, backed by a Swedish businessman) which might coincidentally fall into the same time frame than your studio going live. Other than that you repeat the term of ‘production value’ quite a lot - are there some non-tournament but show-formats on the menu?

All shows and programming will be revealed at a later stage. But we’ll definitely launch one or two big things really soon to kick everything off. We have been working with eSports for more than ten years, and we’re soon celebrating 20 years as an event and brand. We don’t see these new or other projects as competitors, it’s stuff that will expand the eSports market and help us grow as a company.

The interview was conducted by e-mail on September 25th, 2013.