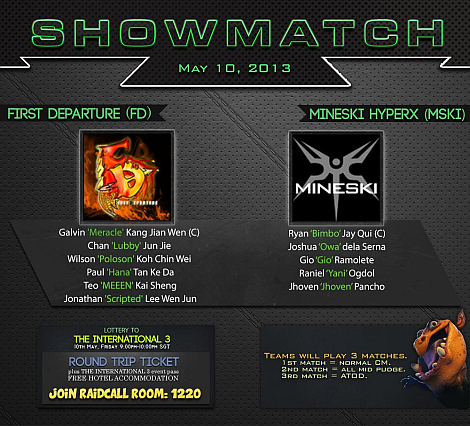 DotaTalk announces a three game showmatch between Mineski and First Departure which brings another chance to win a lottery to The International 3. The match will take play on May 10 at 14:00 CEST.

This event, brought to you by DotaTalk features a lottery to The International 3, which includes a TI3 event pass, hotel accomodation and a round trip ticket to the location of the event.

Apart from that, some other goodies up for grabs on the RaidCall channel are:

The games will be cast by Sheever.