The hype around WCS EU Group E kicked off early with Kas calling out Naniwa's balance complaints on twitter ahead of their games today. Having narrowly missed out on first place at the recent Dreamhack, the Swedish Protoss looked the comfortable favourite to advance from the group.

Match 1: Naniwa vs Shuttle
Naniwa just barely managed to stave off Shuttle's early bunker rush intended to punish his 1gate expand in game one on Daybreak. He seemed nervous about the possibility of drop harass going into the mid-game, notably delaying his third and abandoning his 1/1 attack.

At a huge upgrade disadvantage as he lost his third base, Shuttle was unable to hold off Naniwa's late game protoss army. Despite scouting the incoming blink rush in game two and establishing bunkers in time, Shuttle suffered considerable economic damage as a result of Naniwa's fantastic control, quickly followed up by DT harassment. Shuttle attempted to re-establish some footing with multi-pronged harass and although he killed the protoss third he lost his entire army in the process, leaving him ultimately unable to defend the counter attack.

Match 2: Kas v TLO
Kas grabbed an early lead in his set against TLO, edging out the victory in a back and forth game one. Both players opened aggressively with a baneling bust attempting to counter the double hellbat drops of the terran. As the game progressed, TLO attempted a huge flank with almost 40 banelings but the zergling support arrived late, leaving him at a 50 supply deficit. As Kas barrelled down the 3rd and 4th expansions, TLO went for a counter attack the his opponents expansion which was deflected fairly easily, forcing the GG.

Kas tried to close out the series quickly in the next game with double 11/11 proxy barracks. Forced to sacrifice his natural, TLO stockpiled his zerglings until speed finished before countering with am excellent run-by into his opponents main to tie up the series. TLO took a huge economic advantage on Whirlwind with a devastating roach/nydus attack. He continued to stifle his opponents economy by keeping Kas restricted to 2 bases, a position from which Kas was unable to recover. 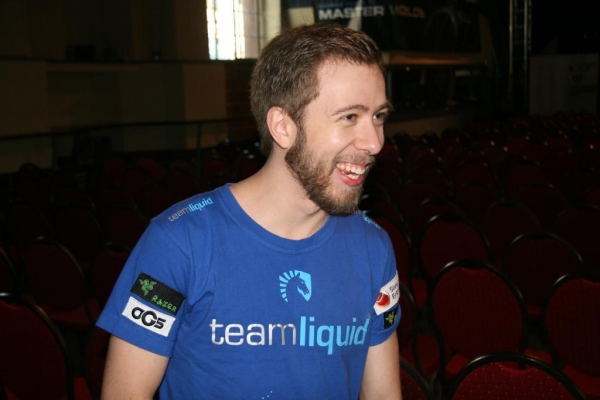 Now in the winners match, TLO was eager to take revenge on Naniwa for the 1-2 loss at DreamHack Stockholm.

Heavy ling aggression (barely missed by a scouting zealot) swarmed Naniwa like the high tide in game one. Although the Protoss wall was thick with gateways, pylons and force fields, a crack was found eventually and the lings flooded in for the 1-0.

Game two ended up longer and way more interesting. True to his recent ZvP tendencies, TLO opened with a 2-base nydus/swarm host and lay siege onto Naniwa's frontline and even teching to hive off said 2-base economy. Vipers were also added in the process and although Naniwa pulled of several good trades, he came to the realization there's no point fighting the Zerg head on.

Naniwa thus walked around the Zerg army and a base race ensued. Things picked off incredibly well for Naniwa during the first seconds of the race as his Protoss force wiped clean almost the entire Zerg presence but TLO found the necessary opportunity to rebuild a few structures and delay his death. Meanwhile over at Naniwa's side, swarm hosts were piercing down everything and a few minutes later the Swede had to admit defeat.

More than an hour and a half lasted the losers match in this group as it was a do or die for both players. And the end result was nothing short of breathtaking.

Kas was the first to come ahead in a mech versus mech mirror after defending Shuttle's proxy rax and punished him with a deadly succession of hellbat drops which covered his expansions and allowed him to establish a superior economical foundations for the overwhelming push. Shuttle would not go out so easily, however, and in the marine mirror that followed, the Korean painted a big red target sign on Kas' fifth and hammered it with determination which made the European gg out once he was out of steam.

Another 35-minute game followed, this time in a classic bio vs mech scenario. For the better part of the match, Kas played it defensively, building up a ring of missile turret as to shut down Shuttle's constant drop attempts. A transition into quadruple raven production was the next step in Ukrainian's plan but it came (and moved!) too slowly. Exploiting the immobility of Kas' army, Shuttle peppered the entire map with marauder drops and gunfired into the final series.

After the long Terran ode, the 30-minute series between Naniwa and Shuttle came and went as if in the blink of an eye. A very straightforward game on Daybreak opened the final match: Naniwa opened with a 3-base colossus and pushed through the middle of the map which Shuttle had infinite trouble stopping. Although having ghosts in his mix and enjoying a decent viking production, the Korean couldn't seem to do anything against Naniwa's advancement. Stalkers cleaned vikings before they can shoot down the colossi and zealots just shrugged off the EMPs and charged through the time warp bubbles for the 1-0.

Twice the shorter game followed and Shuttle was once again in the position of knowing what's coming but unable to answer it appropriately. A reaper opening scouted Naniwa's 1-base blink stalker and bunkers were immediately erected but to no avail. Dancing around the Terran defenses and killing a dozen SCVs got Naniwa his Ro16 spot.