Five more invited to The International 3 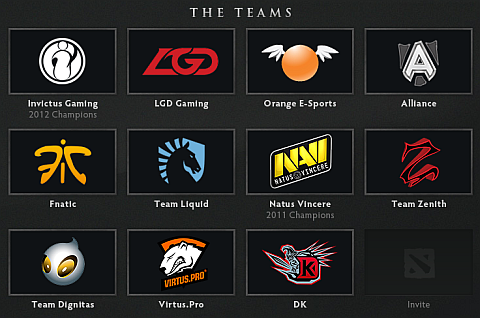 Dignitas, Na`Vi, DK, Zenith and VP will be the five teams invited to The International 3 in its second wave of invites. Only two more slots left remaining. Who will be next?

The third wave of invites are out and this time, Valve has released five more teams that will be heading to The International 3 later this year. Joining the six invitees will be Team Dignitas, Na`Vi, DK, Zenith and VP.

Compared to the invitees of last year, Team Dignitas, Alliance, VP and Fnatic will be the new faces heading into the annual event.

With that said, only two more slots are left in Valve's invite list. Teams who fail to receive an invitation will have to go through grueling qualifier sessions before securing their spot in TI3.