WCS EU: Lucifron and Happy walk out of Group B

It was a good day for the Terran race today as both its representatives made it to the Ro16, defeating Bly and HasuObs in the process.

Not giving two damns about the average length of the Terran mirror and the 30-min long TvTs that are such a common sight these days, Lucifron approached the game against Happy at a very different angle. The Spaniard opened the playday with a proxy thor/medivac rush in game one and pulled off a similar (though not proxied) build in the second to dismantle Happy in less than twenty minutes.

Lucifron's opponent in the winners match Bly - who had just defeated HasuObs earlier - did not fall so easily. Lucifron had to apply constant pressure with what is now the standard TvZ of marines, mines and medivacs and although his attacks were most potent, Bly's defenses were almost unbreachable. Unfortunately for the Ukrainian, "almost" didn't cut it and after two macro games with lots of lings, mutalisks and ultras, Bly had to concede to Lucifron and let him pass through. 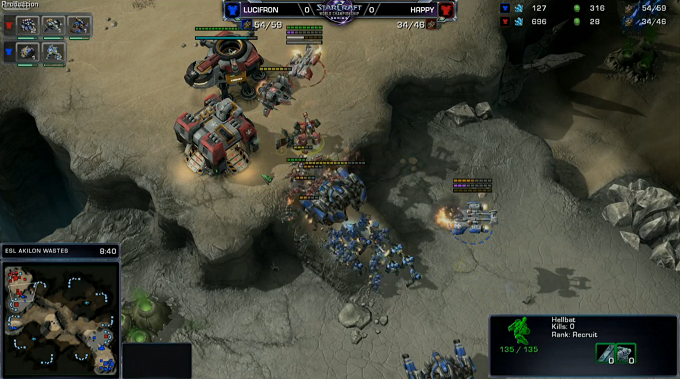 Thor is here, but also 15 SCVs and a medivac

Happy finishes second with the help of nukes and base races

For his second series of the evening, Happy faced HasuObs in the losers match. Knowing it's a do or die at this point of time, the two gave their very best and orchestrated arguably the finest Bo3 of Group B.

Minute-long nuke sieges and massive tempest plays defined the Daybreak game and gave HasuObs the flying start but Happy was quick on the catch-up. One base-race on Akilon Wastes laster and the Russian was tied 1-1, looking forward to close the series on Bel'Shir Vestige. By that time, the spirits had calmed down a bit and the two played a much more normal yet still entertaining game which saw Happy winning to keep his tournament life for the time being.

Happy didn't have much time to rest as it was time for do or die, round two. His opponent: Acer's Bly. Although not reaching the highlight entertainment of the losers match, Bly and Happy went full heartedly into a macro war campaign which spanned across three games, including the epic saga played out on Whirlwind. Although Bly was able to take the early lead by snatching the Daybreak set, Russian's perseverance paid off in the next two games and Happy made it through to the Ro16, joining his fellow Terran Lucifron. 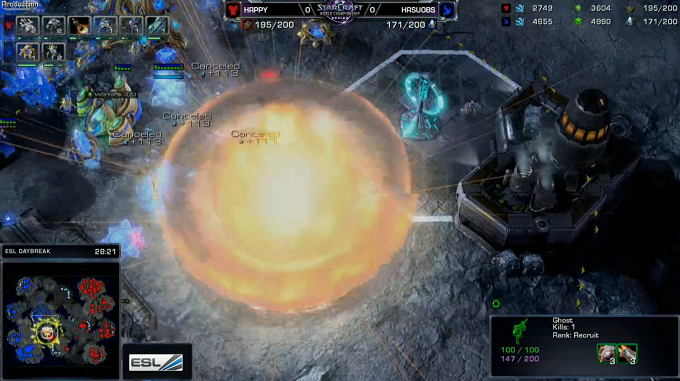