The force was strong with the Zerg representatives today as Symbol and Shine stormed in to knock Squirtle and Keen out.

True to the nature of the mirror, the ZvZ of Group E was short and explosive. Symbol opened game one with a Baneling all-in but came very close to failure due to Shine’s exceptional Drone micro until the KeSPA Zerg made a single micro mistake and lost immediately.

The Ling and Baneling dance continued in game two with Symbol on the receiving end this time. Investing in early Ling speed allowed Symbol to easily micro around and mitigate the Baneling damage, stabilize and tech to his own Bane Nest and Roaches. A Roach/Baneling attack followed up for Symbol and upon a perfect Bane detonation Shine tapped out. 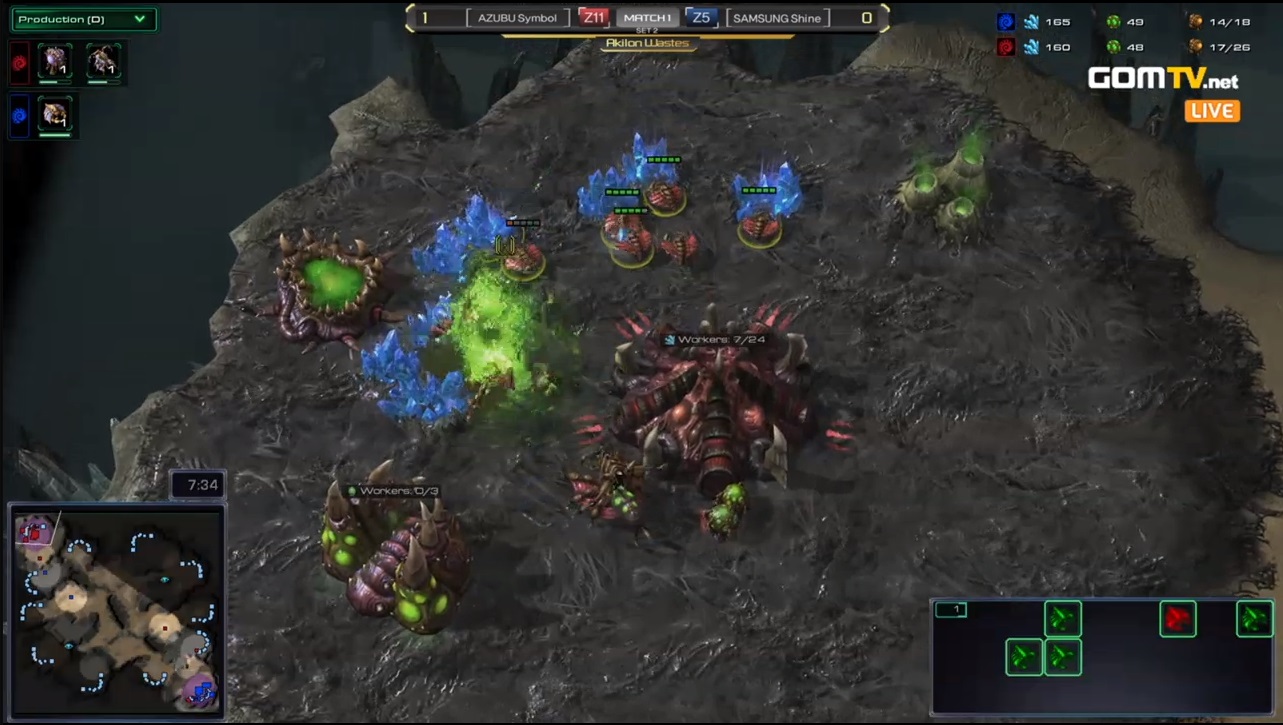 Suffering from a negative record in this particular match-up (which includes two Code S losses in 2012), Squirtle came into the series prepared to exact vengeance onto Keen. The Protoss was certainly familiar with Keen’s playstyle and that showed in game one – Squirtle was composed well enough to repel Keen’s harassment and stabilize on three bases. One miscalculated attack later and things were suddenly looking dire for Squirtle, however, and by the power of having much stuff, Keen took the lead. 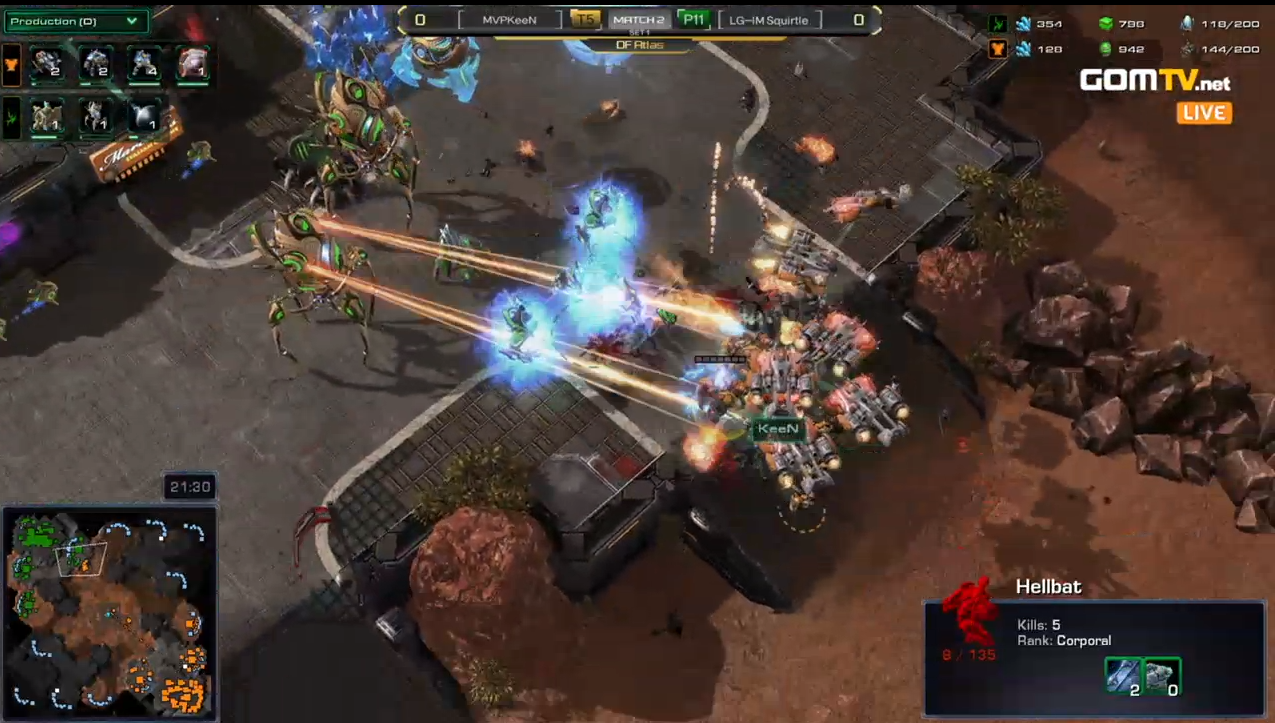 Squirtle switched his playstyle around in game two and went for an aggressive 4-gate. Keen lived thanks to his SCVs and Widow Mines and in spite of worker disadvantage went on the offensive himself. He didn’t go much deeper than Squirtle did – a timely 1/1 plus Immortal tech drove the Terran army back.

Keen’s failure to break Squirtle did not diminish his thirst for blood and few double-pronged attacks were able to cancel Squirtle’s third repeatedly. Keen maintained an advantage until Squirtle denied a big doom drop and established an expansion for free, essentially forcing Keen into one big attack with pulled off SCV. Terran’s intention to hit before storms was mistimed, however, and despite the decimating EMPs he received, Squirtle was able to fry his way into the tie.

More Medivac aggression came from Keen and made game three look very much like the first. Although the drops didn’t break Squirtle there and then, they were most useful in slowing the Protoss down and mess with his unit composition and posturing. A “too much Terran” kind of attack hit Squirtle as follow-up and Keen easily triumphed, barely facing any anti-Viking threat and diligently cleaning up the Colossi. 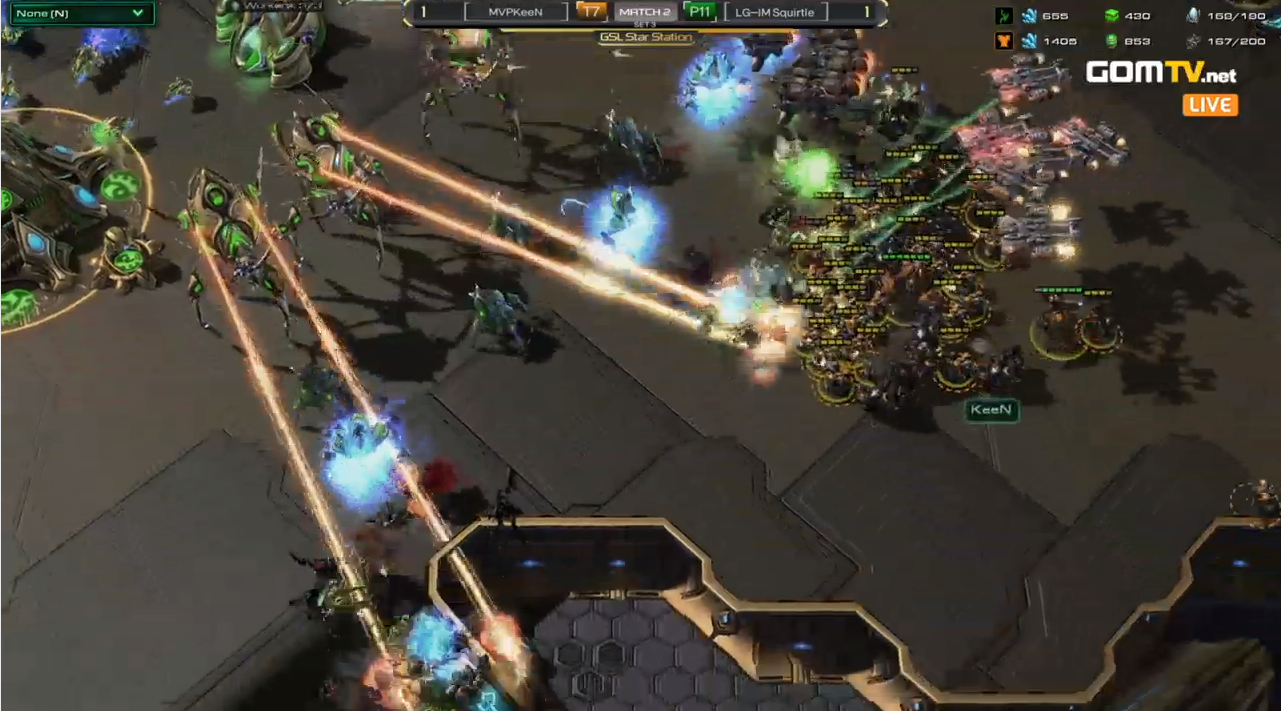 If Symbol’s first victory was by the power of phenomenal micro, his second one was purely thanks to his strategic prowess and he straight on outplayed Keen.

A Nydus/Roach play caught Keen by surprise and marked the quick end of game one. In spite of the high velocity momentum of his victory, however, Symbol had to immediately switch to defensive mode to withstand Keen’s Reaper/Hellion raid. Although two Queens and 13 Drones fell victim to the attack, Symbol still had all his bases running and the map control returned to him within the next few minutes.

The growing creep presence eventually covered the majority of the map, leaving but a single uncorrupted path through which Keen could attack. And attack he did, constantly sending reinforcements across the map, yet never breaking the ball of Lings, Banes and Ultras that Symbol was throwing as counter measures. With his economy and tech safe, Symbol simply put down a Nydus Worm, revealed it to Keen, made him foolishly attack and gladly accepted the 2-0. 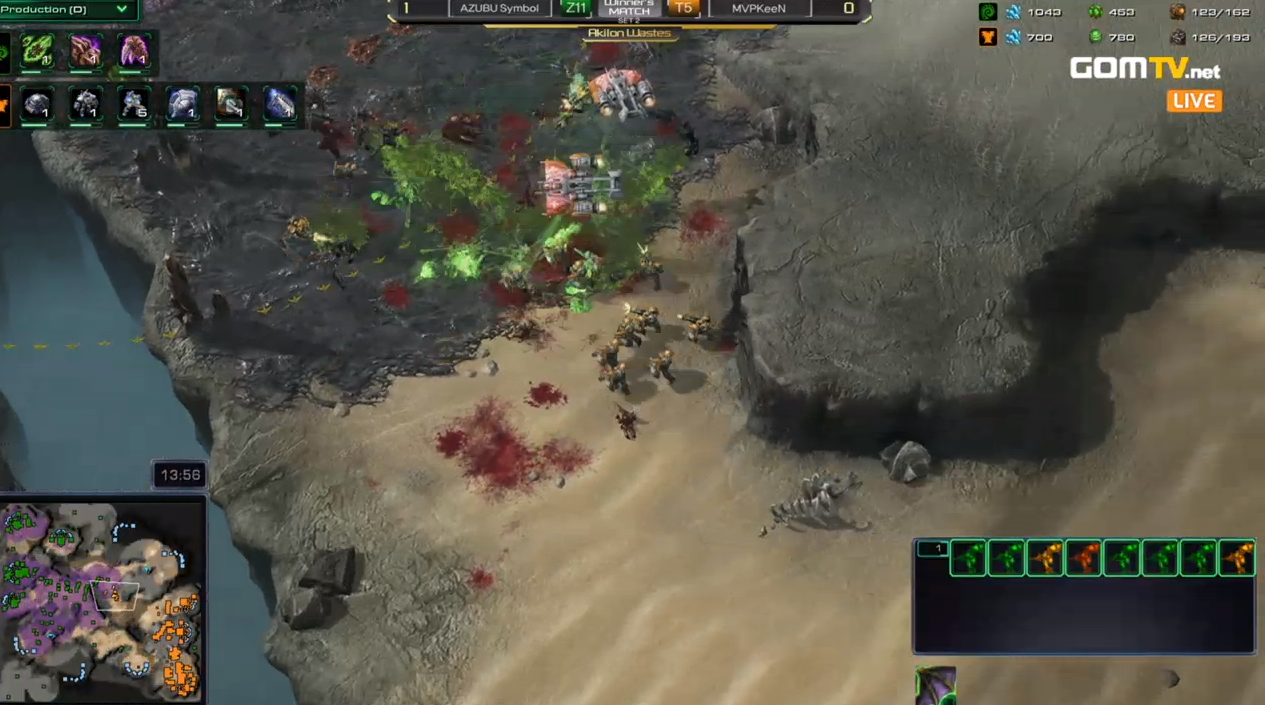 It'd be fair to say that nothing went right for Squirtle in this series. A Voidray tech opened game one and although some damage was dealt here and there against Symbol's Roaches, Squirtle completely missed the tech switch into Mutas and Hydras. His air army was cleaned in an instant and Squirtle tapped out for the 0-1.

Knowing about the Hydra tech in game two from the second it was put on the battlefield didn't help Squirtle much. The amount of units which Shine was able to spat out disregarded even the powerful on paper Colossus/Void Ray composition and the KeSPA Zerg drilled through like nobody's business. Squirtle had to say goodbye to Code S.

After multiple quick and relatively one-sided games, for a while it seemed like Group E would have its appropriate unclimactic ending as Shine met Keen in the final match. The Samsung Zerg exercised his whacky aggression once again and broke Keen with a Roach bust to throw him off balance and taking the set lead.

The early punches kept raining and an opening ling aggression forced a cancel on the CC and severely delayed Keen. Once the Terran get himself together and established a healthy economy, though, the doors opened to let the madness in.

Shine kept throwing more and more forces down Keen's way but the spread-out Widow Mine field kept the Terran not only alive but in an economic advantage as well. Constant drops were further putting a check on Zerg's bases and for a long time it looked like Shine was done for - his Ultras and Banelings were not connecting properly and his Fungals were never had the devastating effect they are supposed to.

Realising he's not going anywhere, Shine decided on a huge tech switch in hopes to throw Keen off balance once again. He resumed air upgrades and switched to Mutas and thus accomplished two things - he accumulated a very mobile 3/3 force and he had an easy way to terrorize the now few mining bases of Keen.

As the game approached its 40th minute, it was visible that Keen was losing ground. The combination of Fungals, Ultras and Mutas was too much for him and he could neither split, nor clump his Marines against that. Acknowledging the lose-lose situation, Keen tapped out and made for a triumphant Swarm day. 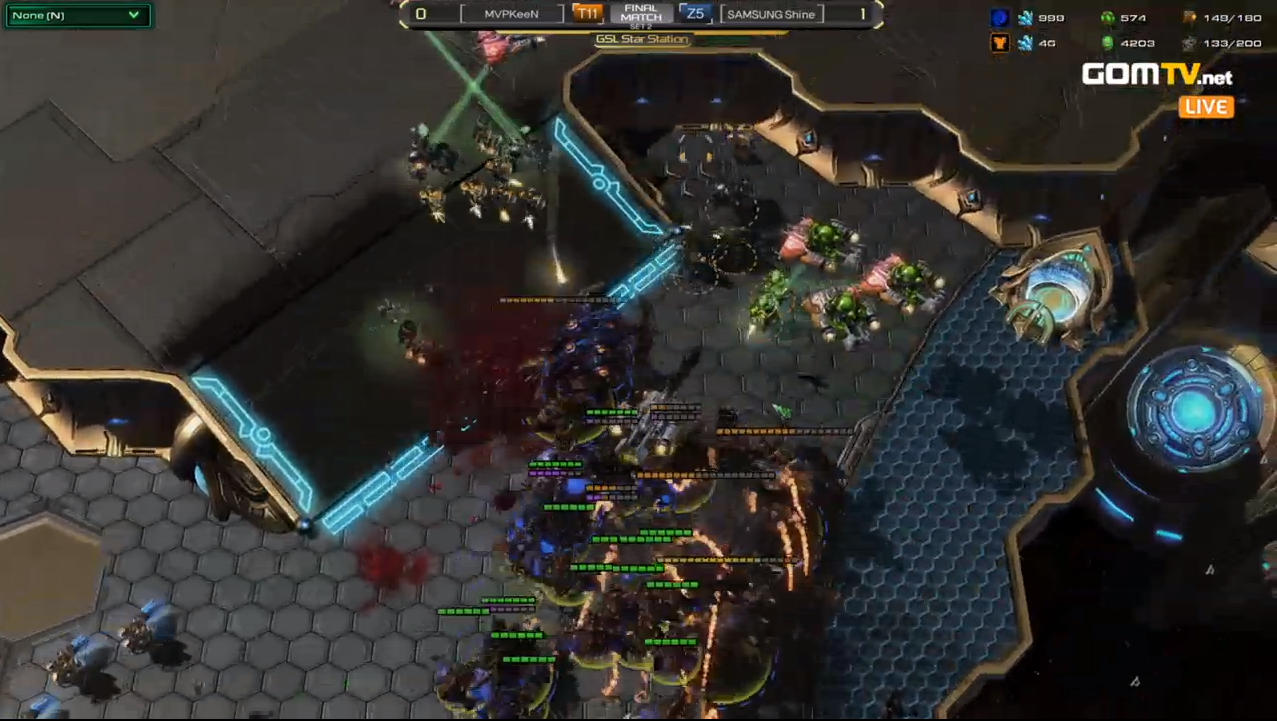