Gambit crawl back into the positive 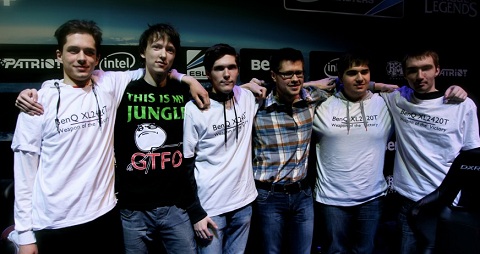 Despite performing shakily since the start of the LCS, the Katowice champions did manage to secure a 3-2 score as week two comes to its end.

After demolishing Gambit Gaming in week one, GIANTS were packing lots of attention directed at their personas. It is not every day, after all, that a no-name team comes to tear apart a tier 1 roster with relative ease.

Slaying a second behemoth proved to be impossible task for the Spaniards. Hate-banning Froggen out of Anivia and Lux only got them so far and EG still managed to secure Renekton for Wickd and Varus for Yellowpete – champions that worked impeccably for them so far. What followed was the total annihilation for GIANTS. Wickd was unbreakable, the TF ults from Froggen yielded kills constantly. GIANTS tried their very best to resist but EG were too big a bite to swallow.

Shushe’s Dragonborns welcomed SK Gaming for the second match for the day and it was visible that DB were hungry for blood after yesterday’s loss to EG. Once again, Hosan’s Draven was terrifying in the early stages of the game but he was nothing compared to Shushei’s Lux. In mere seconds, a double-killing binding/ult combo opened the way to inhibitor for Dragonborns and a massive lead was secured, one SK could not ever overcome. Struggling with an inhibitor behind and picking awkward teamfights in their own jungle cost Ocelote’s team the win and DB would even out their standings to 1-1.

It is not the first time that Copenhagen Wolves showed their teeth in the LCS and today Gambit were the ones to receive the marks. Aggression and early pressure gave Wolves the lead and soon they were ahead of GG in kills, gold and map presence. What could’ve possibly been the final offensive came knocking as Gambit were forced to fight at their inhibitor turret.

Very similarly to SK’s comeback from yesterday, however, Gambit exploded onto Wolves and unleashed their rich tournament experience and Alex’s Kassadin in particular. A major clean up led to baron, baron led to a perfect ace and the perfect ace led to Wolves’ demise in a match that was very much theirs.

Those who consider Jimbownz to be a one-Kennen pony should revisit GIANTS vs Copenhagen Wolves from today. The match between the two underdogs in the league opened with the scales balanced – as was expected – until Jimbownz’s Ashe had enough of that. Scoring a quadra kill while hiding behind the furry back of Morden’s Volibear decidedly pointed towards the winner and GIANTS took a deserved win to come intimately close to the top four. 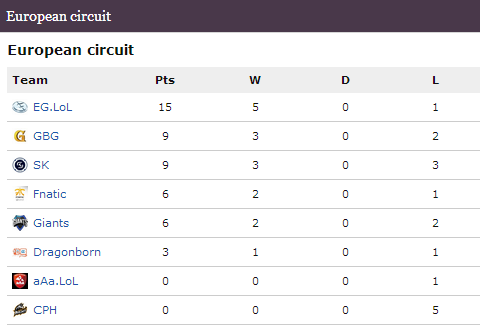