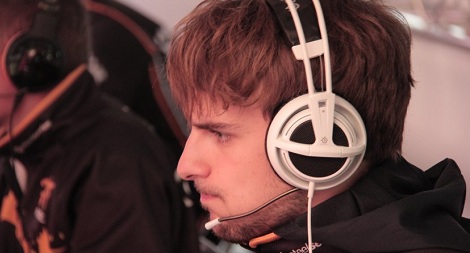 Fnatic’s AD Carry, Manuel "LaMia" Mildenberger has decided to part ways with the team and announce his retirement from pro gaming.

In what is probably the first official retirement from professional League of Legends, Lamia from Fnatic has declared that he will move to Taiwan and give up gaming. He did confess, however, that he “will still have some fun on SEA servers.” According to the official statement, the AD carry “has decided to begin a new chapter of his life, in Taiwan.” The German player met his girlfriend on an earlier trip to the country and will now stay there to learn Chinese and “continue his adventure in life.”

For Fnatic the news is sad but comes with the best possible timing for such a blow. Season three is still a long way away and, with the team already out of season two, they have plenty of time to find a replacement. His team-mates were understandably sad to see him go, but had nothing but compliments for a player who “felt the need for change in life.” Indeed, “you can’t be a pro-gamer forever,” said Cyanide. Nrated called Lamia “one of the nicest people I have had the pleasure to play with,” while Melisan was confident that his former team-mate will do well in his future endeavours: “he always seemed like a person that can have success at anything in life”

The Fnatic organisation even released a fitting tribute video to their now ex-player:

Links
Fnatic - Press Release
Michael “Zechs_” Radford
<p>Michael &quot;Zechs&quot; Radford is an esports veteran and has been writing about professional gaming for longer than he cares to remember. He currently lives in Leeds and is hoping his upcoming offspring will be talented enough to play esports professionally rather than just write about other people doing it.</p>
Share Tweet
3 people reacted to this post