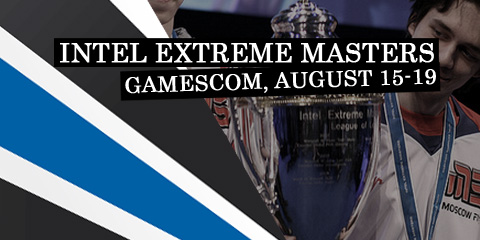 It's fair to say that Moscow Five were the favourites for this game, but they made it look like a pubstomp.

With top three being the most important thing about IEM Cologne, there was always a chance that the final might be a letdown. Both teams took it seriously, as you could tell by Ocelote's furious expression, but the games were the most one-sided of the entire tournament.

Moscow Five dominated from start to finish, picking up first blood early on Gangplank in the top lane. Another couple of kills and then a Dragon at the 10 minute mark meant that the Russian team was already up by 4,000 gold. With an early Oracles, Diamondprox on Udyr killed over 10 wards, making SK play scared and giving M5 another easy Dragon. 6,000 gold down after 20 minutes, SK finally got their first kill with a five-on-one gank at the top lane, but it took so long that they lost two towers because of it. The demolition continued when M5 set up for a Baron attempt. SK moved in to try and defend but only succeeded in feeding M5 more kills and gold, giving them a Baron buff anyway. Moments later, with M5 baring down on their nexus, SK surrendered with a 15-1 kill deficit and their tails very much between their legs.

Now it was a question of whether SK could regain some composure and make a match of it. Well, to be blunt, the second game was even more one-sided than the first. M5 stole their opponents' red buff while Kev1n almost died trying to take blue. A lane swap for SK put them ahead to begin with, but after Kev1n's Yorick got behind in his 1v2 lane, it quickly backfired. Still, SK were only down by two kills and 300 gold when they took the first turret of the game at seven minutes, but that was as close as it would get. Another handful of kills and a Dragon meant that M5 were up by 4,000 gold after just 13 minutes. Another Dragon and yet more kills put the game basically out of reach by the time surrender became an option, with m5 now up 16-1 and a ridiculous 12,000 gold. Even when Darien's Renekton got caught in a 1v4, he stayed alive long enough for his team to turn it into a three-for-zero exchange. The only positive in the remainder of the game for SK was that it was over quickly.

With M5 re-asserting their dominance over the European scene, CLG made sure that they didn't dwell on their defeat yesterday. The third place game against Fnatic was arguably more important than the final itself, with a place in RIOT's new league at stake and CLG were not in the mood for missing out. They crushed Fnatic 2-0, with Yellowpete playing a perfect 11/0 game two on Ezreal and claiming that all-important third place.