bonzajajaj: 'A lot will change during Dreamhack' 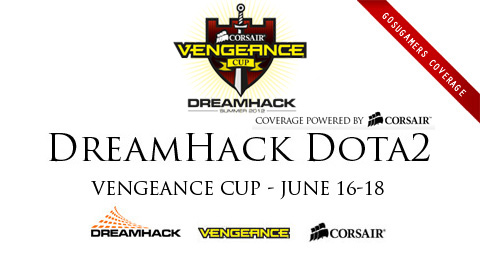 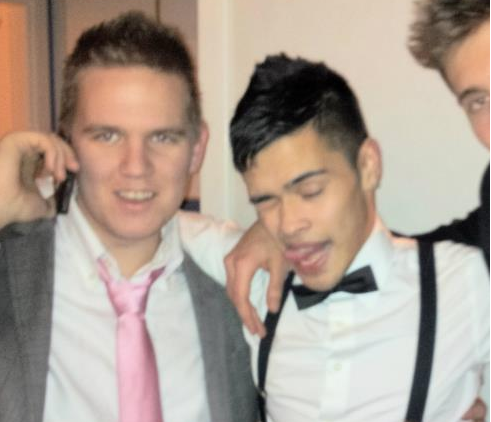 Crashing out early during the West qualifiers for The International struck the Swedish team hard, as they group together to face this weekend's challenges at Dreamhack with a renewed spirit and hopefully give the championship title a run for its money.

Mathias 'bonzajajaj' Andersson speaks up on behalf of Keita.

So bonzajajaj, what have you and your team been up to in the past few days? Caught in Euro 2012 fever?
-"Well, I'm the only one interested in soccer so there's not much of a hype of that. *grins* We have been trying to get back in mood after our failure in TI2 qualifiers."

Were you disappointed that Keita did not make it any further in the wild card qualifiers? What went wrong in your opinion?
-"Well, we struggled alot with some internal problems and fights among our members, and to be completly fair we weren't simply prepared enough."

Then will Keita be running their usual roster for Dreamhack? What do you think are on your teammates' minds now, if you had to guess?
-"We solved our problems and talked everything over so everything is fine for now,. I think my teammates and I share the same feeling and are really hungry for revenge and we want to prove to the communtiy that we are a top team."

Not long ago, M5 announced that they will skip because of visa issues. Do you think that is a good or bad thing for Keita?
-"Well, good or bad depends - of course they are a strong enemy but still there's alot to learn for them. So it depends how you look at it. *smiles*"

Now that your team managed to get togther to resolve some differences, do you think your team (or Swedish teams in general) are looking good to defend the title on home turf?
-"Well, Sweden are lucky to have 3 top teams in the scene - and with a perfect mix of luck and skill, all of us are in the counting for the title."

Tell us about your first experience at Dreamhack.
-"I have only been at Dreamhack once before, then it was with a Swedish mix called Team FIKA with Pinoy and some random Swedes. Back then we were not even close to the other top teams, but we had some good matches and gained some experience.

Back then, DotA wasn't counted as a big-game on Dreamhack, so there was pretty bad organisation and it was alot of problems with good old Garena in the finals. I hope for a big improvement this year."

Still, Dreamhack has always been a grand event, to say the least. Did it in any way motivate you towards being the professional Dota 2 player you are today?
-"Absolutely, Dreamhack is a awesome event, but just the DotA-side hasn't got that much publicity that it deserves, but I hope times will change - I think this event will be great."

Have your surveyed the venue yet? Any thoughts?
-"No, it hasn't open up yet I think, and I'm living 30 miles away from the event hall. *grins*"

Apart from competing, what will Keita be doing at the event hall? I heard there'll be other activities for spectators too.
-"I actually have no idea, we also spoke about how to spend the time between games. *grins* I'm sure there will be something to do!"

Who would you say are favorites to win Dreamhack?
-"Probably Na'Vi or CLG."

Hmm, well NaVi won the last major LAN event, StarSeries. How do you think Keita would fare if you were to play Na`Vi in your opening match?
-"We're gonna rape em' with special secret tactics. *grins*"

Is it the same with football? Any predictions on Sweden vs Ukraine later? *grins*
-"Zlatan got this."

Now what about the Americans and Australians? For most of them (ex-Gosu and aL) it'll be their first major LAN event in a long time. How do you think they will perform?
-"They are both great teams, and it will be interesting to see how they will perform against the European teams with equal pings."

Yes, aL especially I suppose. How about yourself? Are you a different person playing on LAN?
-"Well, I would say it only affects me positively - I cannot speak for the rest of the team, but I think we will handle it pretty good. *smiles*"

Okay, make a prediction - who do you think will be the breakout hero at Dreamhack?
-"I got my guesses, but I can't revel our secret strategies. *grins* But I think alot will change during Dreamhack."

Let's digress abit for our last part of the interview. Your team managed to draw Darer in your first GosuLeague Season 2 match. Any thoughts about that?
-"Not gonna be any different apart from the fact that this time, we're not planning to take second place - we're gonna win this shit now."

*laughs* Well, besides Darer, mTw was the other new team in this season of Gosuleague. What do you think of Synd and his team now that they have claimed the wild card?
-"They are indeed very strong at the moment. It's great fun to see that hard work pays off - I wish them best of luck in The International, they deserved it."

Did you see that coming? Who did you initially peg to win the wild card? (apart from keita of course)
-"I actually held Quantic as one of the strongest teams there."

Ah, you said you lived 30 miles away from the event. So when will you be departing?
-"We are departing on Wednesday to start our bootcamp at a LAN-cafe in Jönköping, then we heading to Dreamhack on Saturday I think."

Cool, thanks for the interview!