General 6/1/12, 4:30 PM Gosu “GosuGamers” Gamers
Dota 2 is in fact published now. Every one who wants, can play. Until yesterday, you needed an invite from a friend, now you can buy yourself in. Invites are still possible, total F2P will come later.

With the Dota 2 store released, you can not only buy new hats, weapons and armor for your favorite heroes, you can also buy yourself a Dota 2 Early Access Pass. For 30€, £25 or $40, depending on the currency your paying with, the game can be unlocked in Steam. 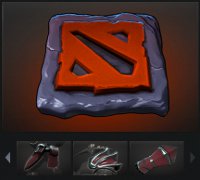 With this option available, the game is in fact published now. Valve still insists that eventually the game will be free-to-play. The current status of buying a key is so to say a meta-phase, as Valve explains in the store FAQs: "We don't really think of Dota 2 as a beta, but we also aren't ready for everyone to show up and start playing just yet."

This way, the beta has ended, everyone who really wants can play, but Valve, respectively the server infrastructure, is not yet ready for the big masses. Because of this, the early access pass is somewhat hidden in the Dota 2 store and doesn't get actively promoted by Valve, but it's available nevertheless.