Premier League Week 1 Round up

Defending Champions Na`Vi got their title defense off to a good start with a 2-0 win over pgg's Moscow 5. The Ukrainians in truth never looked trouble, check out game 2 of the tie for a masterclass in Clockwerk Goblin by LightOfHeaven.

Lastly, we saw CLG take on Complexity. The Swedes, ran with Misery as a stand-in, truimphed 2-1 over the Americans. The first game was won by CLG, with coL taking the second with an unconventional NecroBook build on Faceless Void. However, eventually it was the Swedes who pulled through.

VODS can be found at this link. Organisers are aware of the sound issues and promise to fix it by the new round of matches. 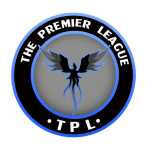 The second round of matches kick off tomorrow with NEXT taking on Dignitas, and CLG taking on newboys Fnatic two days later. The season might be long, but every point counts. How will the next round of matches affect the table?
Kai “Treble1999” Chua
RGC/GGC Nick: MOLOelseGTFO Gosucrew Junior Editor DotA Feel free to PM me with news tips, or anything you would like me to post Favourite Heroes: [hero]Shadow Shaman[/hero][hero]Ancient Apparition[/hero][hero]Sand King[/hero][hero]Night Stalker[/hero] Players: Fear, G, NS, X!!, BurNing, MiSeRY- Its better to burn out than to fade away
Share Tweet
30 people reacted to this post