General 3/16/12, 1:31 PM Kai “Treble1999” Chua
After a relatively successful first season, which saw Ukrainians Na`Vi emerging the overall champions, The Premier League is back for a second season, with some changes in terms of teams invited as well as the point system. 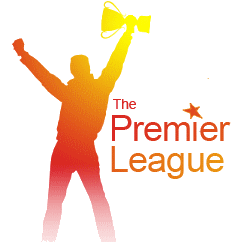 The prizepool stays the same, with first place walking away with $5000, first runners-up get $3000, and second runners-up win $2000. However, there have been changes in terms of the point system. Originally matches were a best of 2, with 3 points for a win and 1 point for a draw.

Matches this season will be played in best of three format, with one point for the winner and none for the losers. In terms of scheduling, instead of having playdays, one match will be played everyday at 18:00 CET on weekdays and 17:00 CET on weekends, with Monday being a designated rest day. The league has also been expanded from 10 to 12 teams. Matches will of course be casted by Luminous from DotACommentaries.

Laurent "Ange" Blum:
"We are very happy of the first edition success' which gathered more than 5 millions spectators and produced a lot of great games. Moreover, we have received a lot of feedback from the community and we took them into consideration in order to push the entertainment at his best for the season 2. We do hope here at the Premier League that you will all enjoy the season 2. We are doing the best for it. See you April 10th!"


Follow the Premier League coverage at their official Facebook, Twitter and Twitch channels. A website will also go live at www.thepremierleague.eu soon. GosuGamers will be there providing you with the latest news and matches from the event.

The second season of the Premier League begins 10th of April 2012. Can Na`Vi defend their crown, or will we have a new champion? Only time can tell.
Kai “Treble1999” Chua
RGC/GGC Nick: MOLOelseGTFO Gosucrew Junior Editor DotA Feel free to PM me with news tips, or anything you would like me to post Favourite Heroes: [hero]Shadow Shaman[/hero][hero]Ancient Apparition[/hero][hero]Sand King[/hero][hero]Night Stalker[/hero] Players: Fear, G, NS, X!!, BurNing, MiSeRY- Its better to burn out than to fade away
Share Tweet
92 people reacted to this post