Dendi and the million dollars 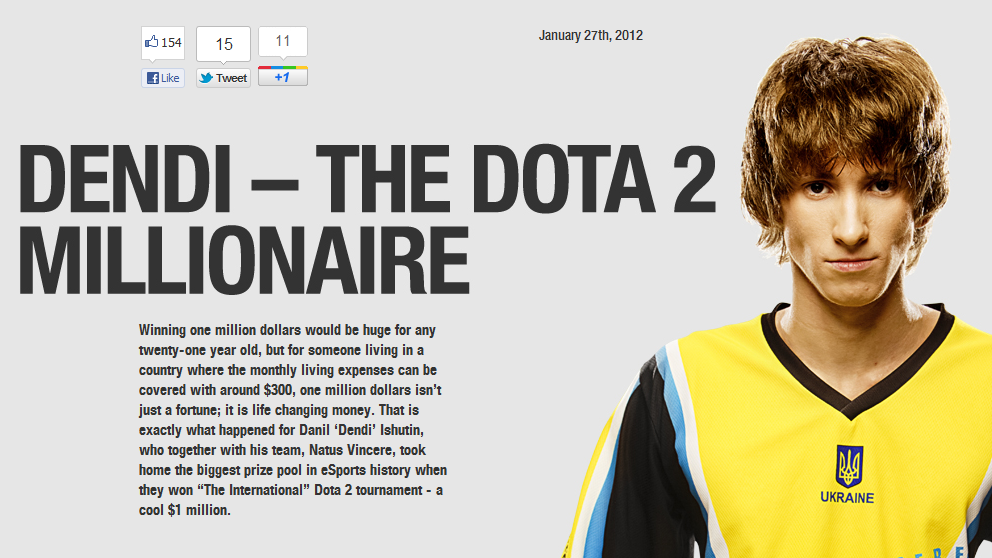 As one of Na`Vi's main sponsors, SteelSeries is proud to present its latest feature on one of the team's most prominent players, Danil "Dendi" Ishutin. The 22-year-old talks about his childhood, his eventual rise to fame and his reflections on winning one million dollars at The International.

"I felt awesome [prior to the event] and I was ready to fight against the Chinese teams," Dendi remarks as he reflects on his hopes for Na`Vi before they participated at The International.