Blizzard VS. Kespa, the Ultimate fight

General 31/07/2009 09:07 Gosu “GosuGamers” Gamers
As you know Starcraft, as a game, evolves. It happened over the course of the game's 11 year life. The evolution has taken a bit of an unexpected turn, as StarCraft battles evolved into the real world.

Blizzard Entertainment, the creator of all this magnificence is currently in a wedge fight with Korean Kespa. Cause? You guessed it, Starcraft II and all the copyright to it, including possible leagues, broadcasts and even player unions. We present to you a recap of all what has been going so far.

As you know, Kespa is running all of the Korean e-sports, hence the name: Korean e-Sports Players Association. The word Players is no stranger here, as it basically controls the activities of Kespa licensed players on television Networks. Kespa is functioning within the two broadcasting networks: OGN and MBC. Both are represented within Kespa ruling body and are in fact a broadcasting platform for all the events. Since Blizzard lost all control over StarCraft, they are now trying to take control and collect royalties from every possible future application of StarCraft II, which includes promotion, players, tournaments, leagues and broadcasts. 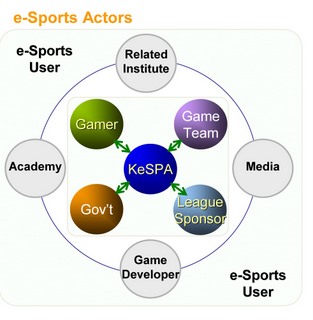 Kespa wants to keep things as they are, so Blizzard went to GOM as a sponsor and licensing agent of sorts, pretty much paving the way for future StarCraft II tournaments on GOM network, completely avoiding any possible collaboration with its competitor. Kespa called for help and got it. Much like China, Korea is threatening to rate StarCraft II Adult 18+, meaning very tough times for any broadcaster, a huge decrease in the viewing audience and a slump in sales in Korea, China and all of the Asian region.

The first stone was thrown by Blizzard, by denying the broadcast of their games on ESWC Cheonan, Kespa answered with e-Stars Seoul StarCraft II show-matches broadcast ban, then came China and basically swiped the game altogether, labeling it too violent.

In order to get things moving again, Blizzard is attempting to deal with MBC and OGN directly, avoiding Kespa; that is yet to resolute. Korean government's response on a copyright infringement claim in Blizzard vs. Kespa case was plain simple: as Kespa is the official Korean e-sports coordinator, a ruling body similar to European auto sport FIA, all the decisions must go through them, and just like that we are at a stalemate.

Now, before taking any side, you must know, that Kespa is the one who is responsible for the immense growth of e-sports in Korea in the past couple of years, not only within Blizzard games, but every single other one. Kespa is also taking part in creating similar organizations in Japan and United Kingdom. After all don't forget, both parties are fighting for money and for money only.
Gosu “GosuGamers” Gamers
Share Tweet
0 people reacted to this post