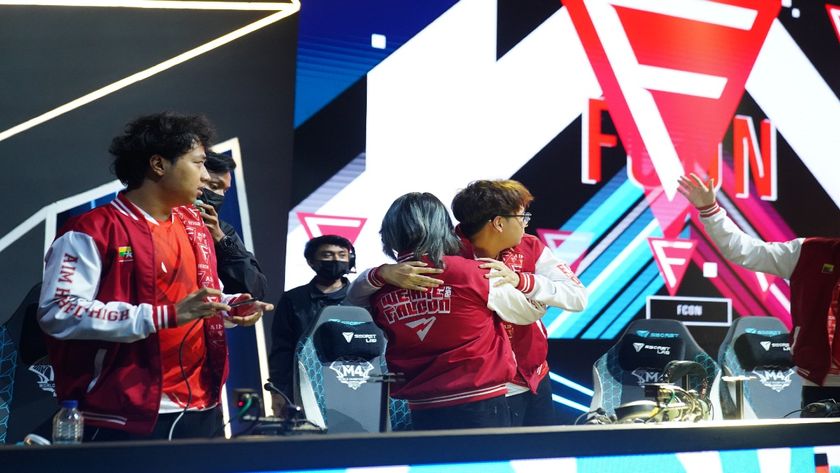 Falcon Esports has showed a lot of heart recently, but today they showed us why many of us have them in our top picks at M4.

Having won their first game over Incendio Supremacy on Day 1 of the M4 World Championships, Blacklist International would have to wait for today to close out their push for the upper bracket. The team took a long battle over Burn X Team Flash without many casualties and moved into their final challenged – Falcon Esports. This is where the chaos begun, as Falcon showed exactly why many have them in their top picks for M4, with extremely fast plays and pickoffs on essential heroes from their opponents.

Every single member of the Falcon roster knew their role, even against some comfort picks from Blacklist. While there were moments where it seemed as though the reigning champions could make a comeback, they were quickly shutdown, as Falcon secured a second victory for themselves – and threw Group A into disarray, as there would be a three-way tiebreaker with three teams all sitting at a 2-1 scoreline.

Continuing from their amazing plays against Blacklist, Falcon was first up on the tiebreaker stage against Incendio. Having lost to the Turkish team previously, this was all about revenge, and the pace of Falcon was too much for their opponents to deal with. Across the map, Naomi’s Atlas was finding the Perfect Match to give his team massive openings and pickoffs – leaving Incendio to pick up the pieces.

A rematch of the final Group Stage game would be the next tiebreaker, as Blacklist now hoped to find an opening against Falcon. The Lapu-Lapu was a core pick for Falcon again, adding in a Franco behind it too – but Blacklist answered with the Wise Aldous and a Mathilda for OhMyV33nus. It was all about Naomi’s Franco, with the Iron Hooks absolutely decimating Blacklist when they least expected it. Even though they had one good team fight, Blacklist had no chance and fell for a second time today to Falcon Esports.

One last tiebreaker remained, with Blacklist now needing to take on Incendio, with the winner joining Falcon Esports in the upper bracket for the knockout stage at M4. Both teams battled back and forth for 20-minutes, with each finding amazing teamfights and pickoffs too. There were times where it seemed as though Incendio had the upper hand, but with one swift fight, Blacklist saw their opening and ended the game – not bothering to fight around Lord.

After a long Day 3 of Group Stages, both Group A and B have now been decided, with TODAK and ONIC Esports taking the upper bracket for Group B, while Malvinas Gaming and MDH Esports will begin the knockout stage from the lower bracket. Group A sees Falcon and Blacklist going through in the top seeds, while Incendio and Burn X Team Flash in the lower bracket. Tomorrow will see the culmination of Group C and D – possibly with much more excitement.

Can Falcon Esports continue to cause upsets in the Knockout Stage?