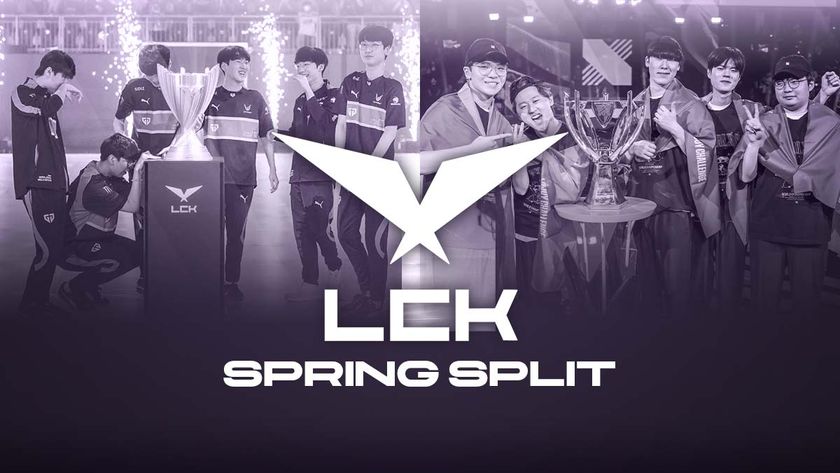 The LCK Spring Split is starting in just a few days from January 18 to March 19 - two solids months of LoL action from arguably, the best region in the world. With both Worlds finalists coming from the LCK, it's fair to say that this year could be the year we see South Korea regain its spot at the pinnacle of the pro-LoL scene.

Gen.G Esports will be defending its title having won last year's Summer Split but in their way are teams like the reigning Worlds winners, DRX. And that's not all with three-time world champions T1 also within shout alongside Dplus KIA.

The LCK Spring Split will start from tomorrow onwards, January 18 to March 19. However, this is only for the group stage matches. The dates for the playoffs have yet to be determined. Games will take place every week from Wednesday to Sunday with two matches being played in those five days. All matches will take place at LoL Park in the GRAN SEOUL building.

Aside from Dplus KIA's rebrand, there are no other changes to the existing 10 organisations that will be competing in the LCK Spring Split. And after Riot's official announcement on the evolution of format and team invites to the Mid-Season Invitational, the LCK will now get two spots instead of one. This means that both the first- and second-placed teams will be able to compete in London later this year.

With two teams now competing at MSI, this could strengthen the league's chances of coming back with the trophy, something that hasn't happened since 2018. T1 came the closest at last year's MSI, taking second place after a thrilling five-game series against Royal Never Give Up.

And what better way to bring out the best in these teams than with a double-elimination bracket come the playoffs? This will be implemented in the LCK for the first time since its inception. While a single-elimination does showcase which team is better on the day, a lower bracket run is usually what many fans will want to see as it's a sign of mental resilience to mount a comeback.

The teams that placed first and second in the group stage will get an automatic bye to the semifinals of the playoffs. The teams that finish between third and sixth will start in the quarterfinals of the playoffs, which also determines who will end up in the lower bracket. The addition of the lower bracket also means more games, especially for the team that loses during the quarterfinals.

The playoff matches will also be in a best-of-five series with an additional two games to look forward to leading to the grand finals. The dates for the playoffs have yet to be confirmed. While there is no difference in terms of MSI seeding between who finishes first and second, the first-place team will walk away with 200,000,000 won alongside the LCK Spring title.

With DRX being the defending world champions, plenty of eyes will be on them the moment the LCK starts. Of course, one cannot forget that DRX went through plenty of roster changes during the off-season, which saw four-fifths of its championship-winning squad dismantled. With only the two-time world champion support player, Cho "BeryL" Geon-hee left of the original team, it will be an uphill task for the new set of players to fill their predecessors' shoes.

Speaking of predecessors, Dplus KIA made some of the biggest off-season moves in the LCK by bringing in a few fresh faces. With three of the five members having won Worlds in the past few years, there will be plenty of expectations from Dplus to perform this season given the heavy investments it made. The likes of championship AD carry winner Kim "Deft" Hyuk-kyu joining the team will be a solid boost for the squad, which has lacked in that area for some time now.

Reigning champions Gen.G also made some changes during the off-season. And despite losing one of the league's best AD carries to the LPL, Gen.G still has plenty of firepower in both Han "Peanut" Wang-ho and Jeong "Chovy" Ji-hoon. Hanwha Life Esports is another team that many should keep an eye on after building its very own 'superteam' that comprises two former DRX members that won last year alongside 2021 world champion carry with EDward Gaming, Park "Viper" Do-hyeon.

And of course, how can one forget T1 and its unkillable God King? Being one of the few big-name teams who refused to make any changes to their roster, T1 currently has the team with the most unity and chemistry, given that they have been together for quite some time now. And last year was T1's most successful season in recent years with one LCK Spring Split title alongside three second-place finishes (LCK Summer Split finals, MSI finals, and Worlds finals). They will be looking to add an international title to their cabinet, which has been left dormant since their last in 2017.

Which team are you expecting to pop off in the LCK?