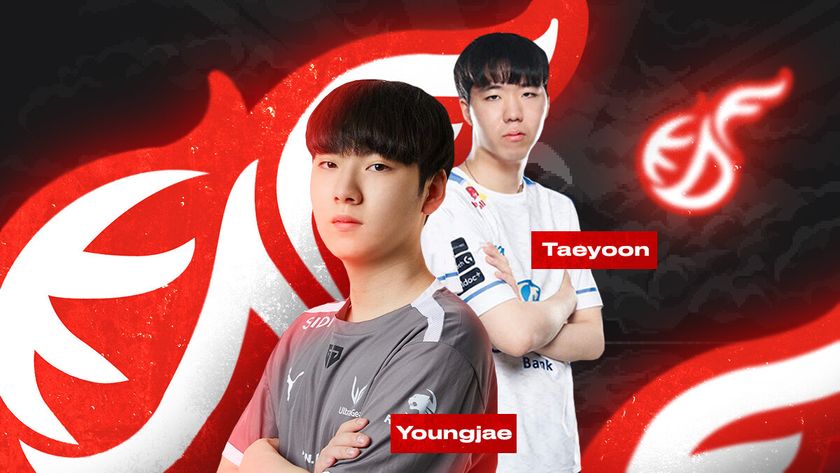 A bold move from Kwangdong Freecs.

With another year of missing out on Worlds, Kwangdong Freecs have taken the necessary steps in rebuilding its League of Legends roster, starting by dropping its entire starting lineup. This also means that KDF fans will bid farewell to Kim "Kiin" Gi-in after five years with the organisation.

The likes of Yoo "FATE" Su-hyeok, Choi "Ellim" El-lim, Ryu "Hoit" Ho-seong, and Park "Teddy" Jin-seong will also be leaving the team after their contracts expired. All four players only joined the squad during the off-season last year. Of course, the biggest loss for the organisation will be Kiin, who has been with the org since they were known as Afreeca Freecs.

In a series of tweets, KDF has expressed its infinite gratitude towards Kiin while also bidding farewell to the rest of its starting roster, substitutes, and coaches. With the entire roster now empty, KDF wasted no time in bringing in two up-and-coming talents.

They started with the substitute AD carry from DRX, Yeong-jae "Youngjae" Ko and the substitute jungler from Gen.G, Kim "Taeyoon" Tae-yoon. Both players have been signed to multi-year deals, which shows that KDF will be looking to grow with both of these players.

Seen as rising talents in the LCK scene, KDF will be the perfect platform for these players to showcase their worth. It remains to be seen if Jeong "Moham" Jae-hun will also be part of the starting lineup given his current substitute status.

KDF has been subjected to multiple seasons of mediocrity for some time now with their first and only appearance at the world championship happening back in 2018. Since then, the team has been drastically average for most of their time in the LCK. They have also yet to win an LCK title with their only second-place finish taking place in the Spring of 2018.

With the entire roster now dropped and the rebuilding currently underway, KDF will be hoping for a different outcome when the 2023 season starts. The likes of Youngjae and Taeyoon are noteworthy acquisitions with both players primed to take the reigns of the team.

Can Kwangdong Freecs become a top-four team next season?