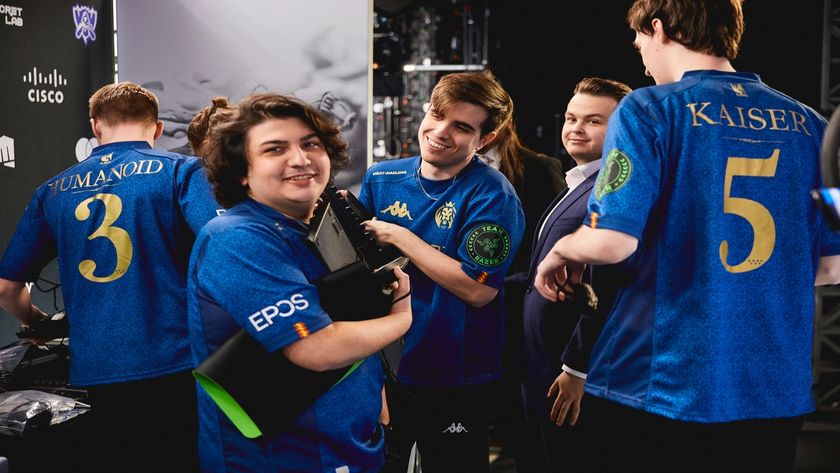 Group D has arguably been the group of the tournament with all four teams being able to force tiebreakers on the final day of the group stage.

In an amazing turn of events, all four teams in Group D - Gen.G Esports, LNG Esports, Team Liquid, and MAD Lions have managed to force a two-way tiebreaker in the form of a single-elimination bracket. For context, Gen.G and LNG were leading the group heading into the final day with a 2-1 score. Liquid and MAD, on the other hand, were facing elimination having lost two games and won only one. But after what unfolded today, that isn't happening.

And then there was one for the LCS

Team Liquid has had a valiant run at Worlds 2021 but that, unfortunately, has come to an end. The number two seed of the LCS will be joining the first seed, 100 Thieves on the trip back as Cloud9 now becomes the sole representative for the NA region. Liquid did have an eventful group stage, after all, going 1-2 on the first three days before going on the reverse today.

Sadly, that wasn't enough as even though they were able to best Gen.G once, they could not do it a second time in the first tiebreaker. That crushing loss puts Liquid in last place and the first team to be eliminated from the group. As for Gen.G, they moved on to the final, awaiting to face either MAD or LNG in the other tiebreaker.

From SAD to MAD to GLAD in one fell swoop

The LEC number one seed is not known for their group stage gameplay, which is evident during the Mid-Season Invitational as well as the LEC Summer Split. But what MAD Lions are known for is clutching up when it matters most. After a disastrous first few days at Worlds, MAD finally picked themselves back up to even up Group D and send it into a double tiebreaker.

Of course, the job isn't done yet. Having evened the odds, MAD soon went up against LNG and boy did they make a meal of it. After mounting a gradual comeback, MAD took the victory and qualified for the knockout phase. They then went up against Gen.G, who earlier took out Liquid. The grand final to determine who finishes first and second was a nailbiter with Gen.G and MAD going toe-to-toe with one another.

Another one bites the dust for the LPL

While the LCK gains yet another contender moving on, it's the LPL who will have only two teams carrying the banner. it's been an unfortunate time for the region, who have been playing second fiddle to the LCK for the majority of their time. Of course, they did have their moment in the sun a couple of years back and with Royal Never Give Up defeating DWG.KIA in the MSI grand finals.

But with the way things are shaping up, the LPL have a rough time ahead. With FunPlus Phoenix failing to qualify in Group A and now LNG faltering on the last day, it's been a topsy-turvy affair. Thankfully, they still have the likes of EDward Gaming and RNG to turn to. With the LPL Summer Split and MSI 2021 winners, the region will be hoping to get at least one of them to the grand finals.

With the group stage now over and done with, we place our focus on the knockout stage where the final eight teams will battle it out in a single-elimination, best-of-five bracket. Of course, the teams will be given a brief respite before the quarterfinals commence.

The first series will feature an all-LPL showdown between RNG and EDG and the following day will be Gen.G going up against C9. After that, there's another regional showdown, only this time it's between T1 and Hanwha Life Esports. To end the quarterfinals is arguably the match of the bracket with DWG going up against MAD. This will be interesting as the last time these teams faced off was in the MSI semifinals where DWG came out on top in the best-of-five.

Would you say Group D has been the most exciting so far?