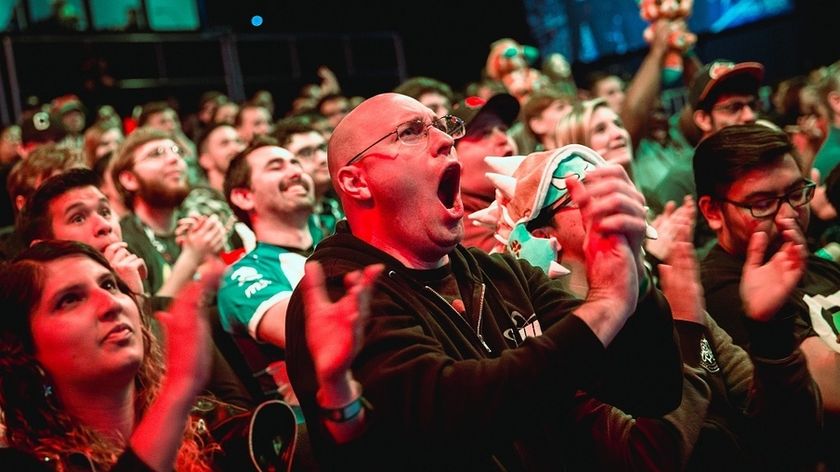 The LCS weekend returns to the center stage as teams clash for the coveted playoffs spots on the Rift. From the classic upsets to textbook League of Legends, the NA and EU representatives have set their sights on every region’s year-end end game: Worlds.

Missed it? Don’t fret, we’ve handpicked cross continental highlights throughout the Rift to catch you up for the coming week’s matchups and narratives. 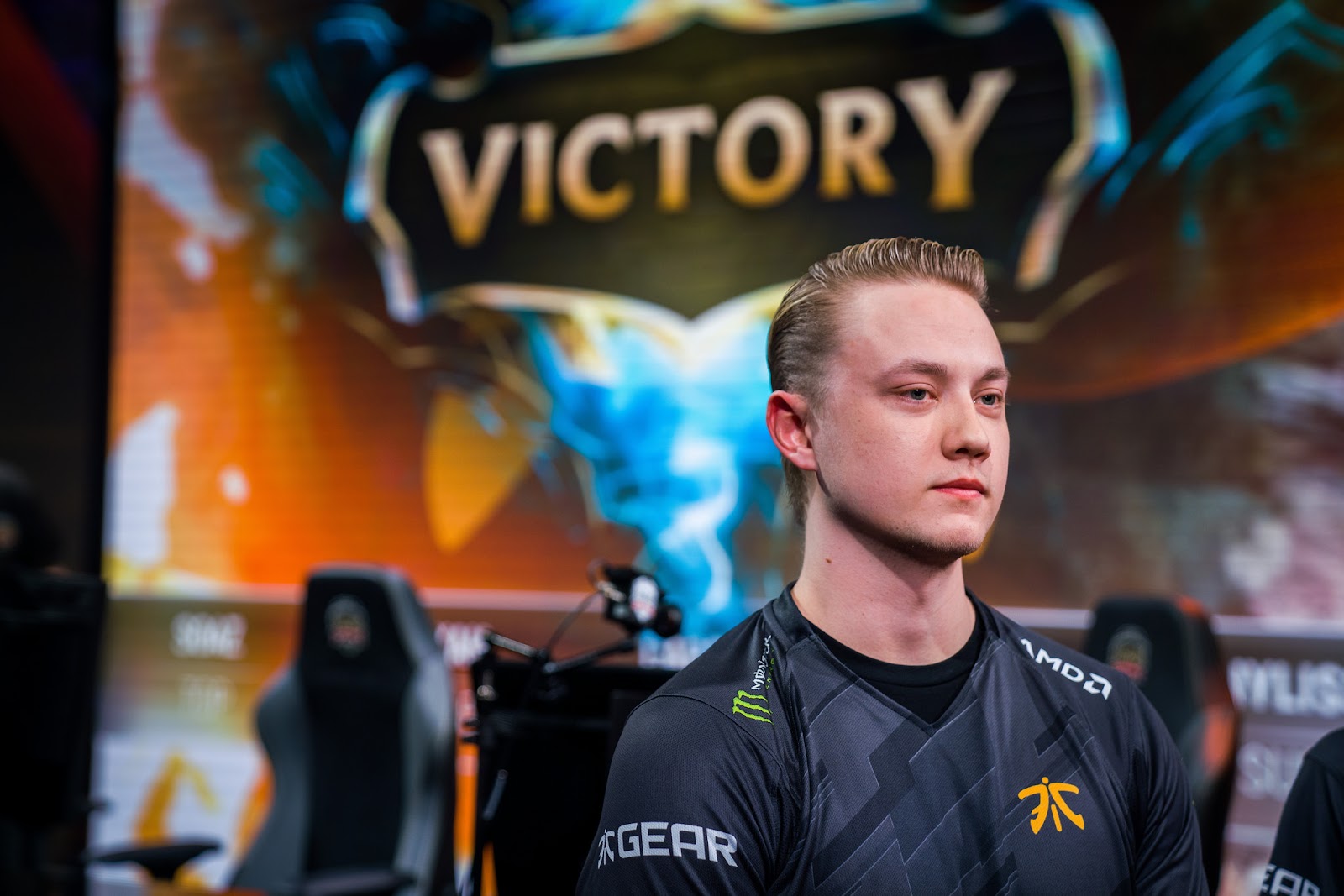 FNC: F is for First

Nearing the playoffs, Rekkles and co. look better than ever as they swept H2K and G2 to establish themselves as the undisputed leaders of the standings. The first Kings of Europe have returned in resurgence, looking to take back the championship throne after regrettable, subpar performances in past years.

To start off their week, Fnatic had to take down the rising H2K-gaming as they upset ROCCAT and Team Vitality in last week’s run. Wasting no time, Fnatic established leads down bottom to allow Caps’ Veigar to scale up while Rekkles takes the lead earlier on. FNC amassed a 4.4k gold lead by the mid-game and looked to take Baron Nashor to help establish their lead; however, H2K held on as they traded kills in back-to-back jungle skirmishes to slightly even up the gold differential. FNC Hylissang’s sneaky engage onto H2K gave Fnatic the control they needed as they took down H2K’s solo laners and jungler, Baron Nashor, and eventually, the win.

In the clash of kings, Fnatic took a 41-minute comeback against G2 Esports to shut down their dominant win streak. Despite having a steady advantage down bot side, FNC had glaring deficits from the solo lanes which translated to sizeable leads in G2’s favor. With tempo advantage on G2’s side, Perkz and co. eventually took Baron Nashor to further solidify their lead to a whopping 10k gold advantage; despite all this, FNC stayed composed as they simply wavecleared with Viktor and Sivir to deter G2’s sieges. Fortunately for Fnatic, G2 Perkz made the crucial mistake of flanking alone which gave them the opportunity to take the Elder Dragon and turn the game on its head. Shortly thereafter, FNC took down G2 Esports with superior late-game positioning and teamfighting and won themselves a favorable head-to-head record against the squad. 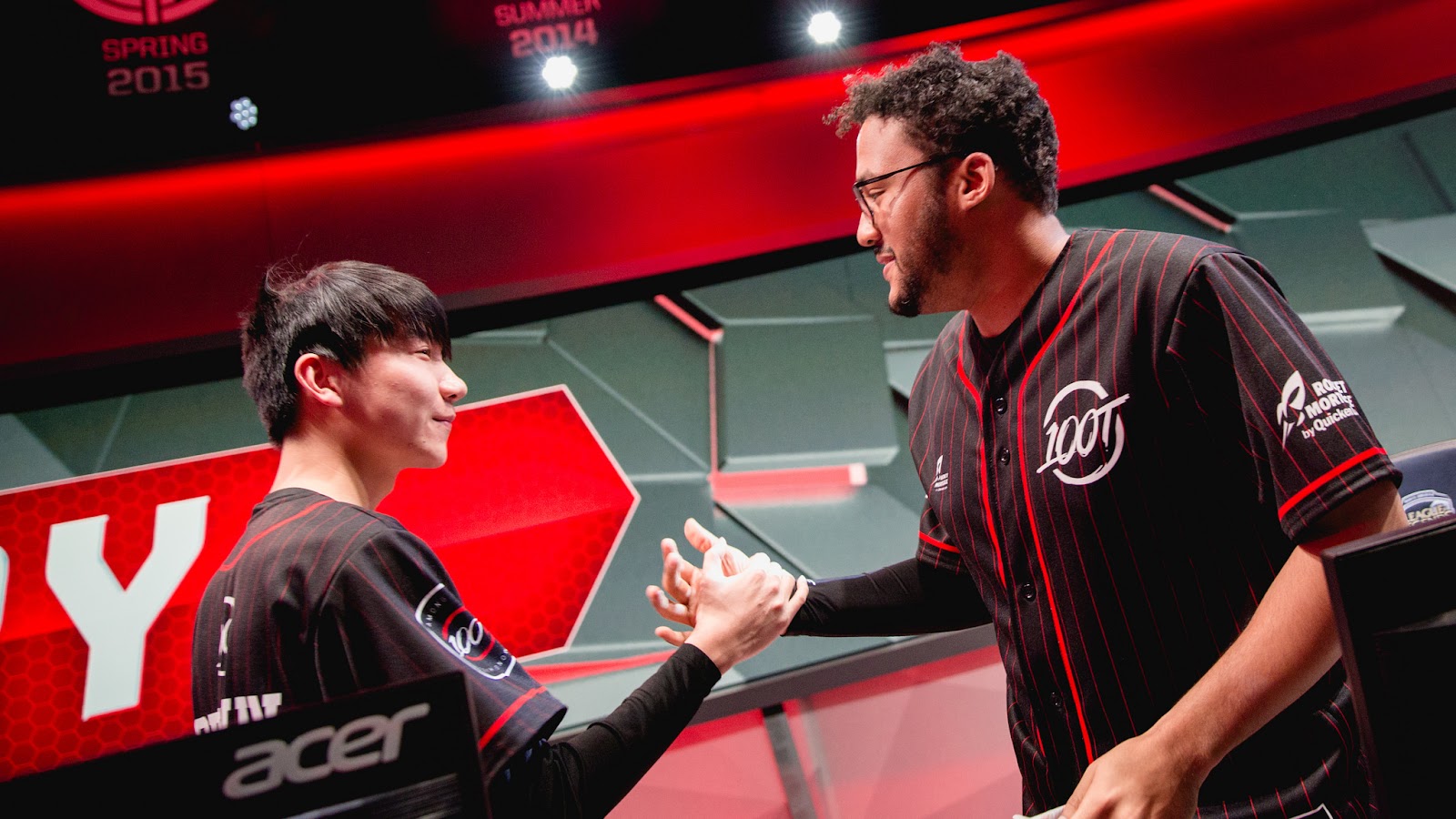 After a rather outstanding start to the split, 100 Thieves (100T) lately fell into a midseason slump as they struggled to find their identity moving forward match after match. Last weekend however, 100 Thieves have looked sharper and increasingly on point primarily thanks to the outstanding performances by 100T’s bot duo in Aphromoo and Cody Sun.

Coming into the weekend, 100 Thieves looked to redeem themselves against Cloud9 in the opening matchup of the day. In a meta filled with peel-back supports, 100T boldly locked in Aphromoo’s signature playmaker in Thresh to hook for success on the Rift. Throughout the game, Zaq and Cody enabled 100T to dominate the map through the duo’s crowd control setup in Chains of Corruption and Death Sentences. With their stellar kiting and lockdown, 100T took over and took the 28-minute win against the second-best in the league.

In their following matchup, 100T pulled out a similar strategy picking Blitzcrank into FlyQuest’s lineup -- finding the same success they pulled off in their match versus Cloud9. In-game,  Aphromoo landed hook after hook after hook on priority targets providing space for the team to take down objectives and widen their already-massive gold lead. After a pivotal hook onto Wildturtle’s Caitlyn, it all fell down like dominoes for FlyQuest as they got picked one after another and handed the win over to the thieves.

Now, let’s see if 100Thieves can keep up the aggression and level of teamplay that they pulled off the past weekend. 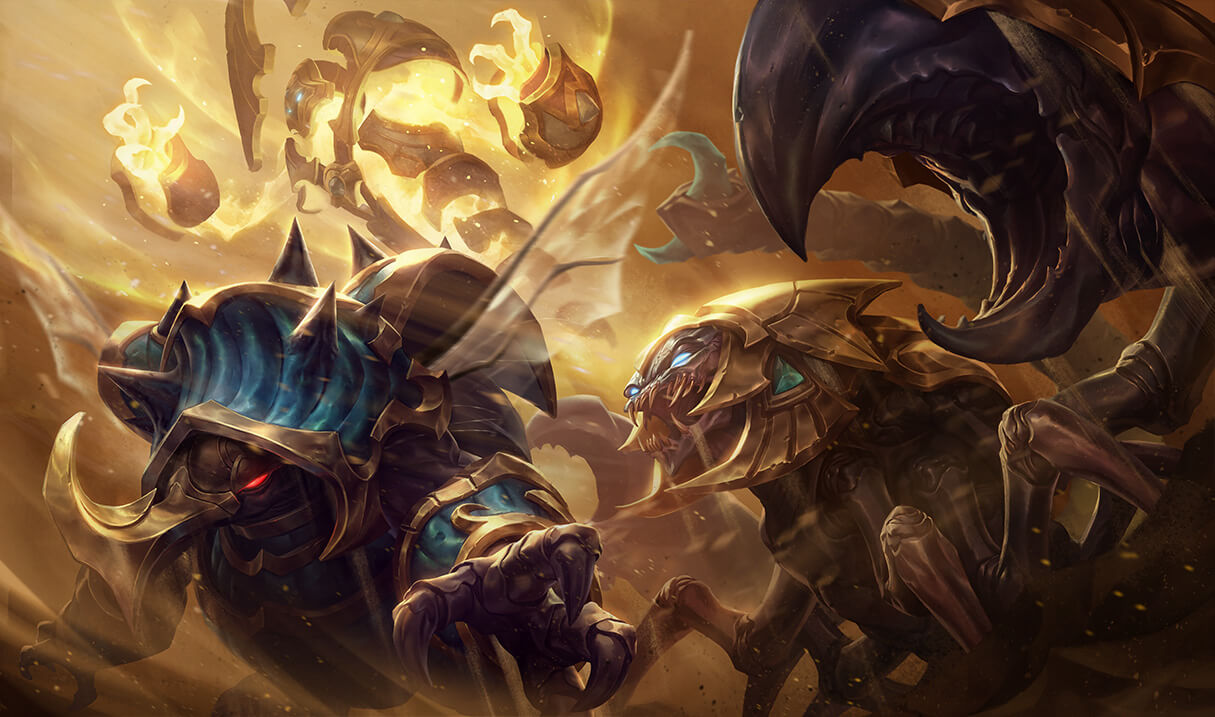 A Predator of the Brackern kind

We’ve talked about Skarner, the Crystal Vanguard’s return to the meta with the rise of Unsealed Spellbook. Following nerfs to the keystone however, the competitive scene is now seeing more and more of the shuriman scorpion with the integration of Predator into his build path.

Skarner’s success can be attributed to the state of the jungling meta allowing for safer early-game clears and his insane pick potential with Impale combined with added movement speed. Historically, Skarner has been overlooked in competitive play on account of the juggernaut’s glaring weaknesses from his kitability and how coordinated teams can counter his flash engages with relative ease. With buffs to his kit and the coming of Runes Reforged, Skarner’s risen as a top-tier jungler in solo queue and professional play. In the NA LCS, Skarner sees a pick or ban in all matches since Patch v8.3 launched while in the EU LCS, Skarner sees less play overall showing up in half of the matches.

With that all said and done, what could be in store for this week’s LCS action? Watch the LCS splits unfold as teams clash in the highest-tier of gameplay this weekend on Youtube, Twitch, and LoL Esports.

Patch v8.4's out and about! What's broken this patch?