BETSY: “Perkz isn't the Best in the West. I think Nukeduck is better."

HOW DID YOU PREPARE FOR SPRING SPLIT?

We were kind of late to move into the gaming house compared to other teams. We also had pretty bad internet in the beginning so we didn’t have that much practice. The internet would work almost all day but there would be about three hours where we couldn’t really play. About a week and a half ago we fixed it, and now our internet is really good and stable. Also, practice has been going really well and right now we’re winning 90% of our scrims.

WHAT WOULD YOU DO WHEN THE INTERNET WAS DOWN?

We’d just chill and watch series and do normal stuff, you know? I’ve been watching documentaries lately, but I was also watching Vikings and Game of Thrones.

When Jinx was young, she was sweet and caring. Unfortunately, she accidentally killed her family...

KT Deft: "Our goal wasn't to defeat SKT once. We'll keep on winning and become the Spring Champions"

Nunu was hotfix nerfed today, but it wasn't nearly enough 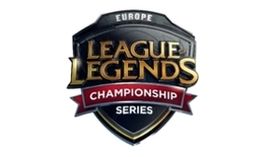