Huni on returning to NA: 'I really want to prove that I'm good.'

Huni is returning to North America, the only region of those three he hasn't won a championship in, to play for Echo Fox. He spoke with theScore esports about Echo Fox's new roster, his region-hopping tendencies, and what he picked up from playing for SK Telecom T1.

What did you learn from your time on SKT?

I was spending time [in] 2017 with SKT, that I learned from it a lot. As a person, or even just in my playstyle or how to play better, because SKT is always going to be the best team in League of Legends history, they won like three times World Championships. So, I got a lot from SKT that, just being rock solid or like, just playing better, and you know, I can be vocalizing more. I think at everything, I got better. I improved so hard.

[Interview] SKT Wolf : "If Bengi hadn’t come to our team, I wouldn’t have played jungle."

Vizicsacsi: "We can reach the finals and possibly even win the split" 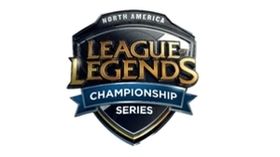