SKT T1 Huni: "While laning against Letme, I realized he wasn’t a strong laner."

In the 5 games against SKT T1 and RNG, the most worrisome player was Huni. It was not a question of his skill. It was a matter of what he needed to do every game and the skill level of RNG.

Huni played aggressive style champions for all 5 games. Gangplank, Gnar, and Camille. Although the champions he played did fit his playstyle, he lacked his defensive/passive aspect. However we cannot deny that through his split pushing and teleport plays, Huni provided a vital aspect and advantage to his team. As if he was a double edge sword, Huni can hurt and/or excell his team.

The more important the match the more nervous it would have been for Huni. A set of games that put more emphasis on each death. After the game, Huni was interviewed. Let’s see what he has to say!

SKT Peanut: “Kkoma told me, Blank is waiting for you down there.”

Can Royal Never Give Up end SKT's reign at Worlds? 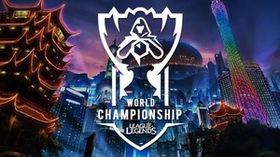