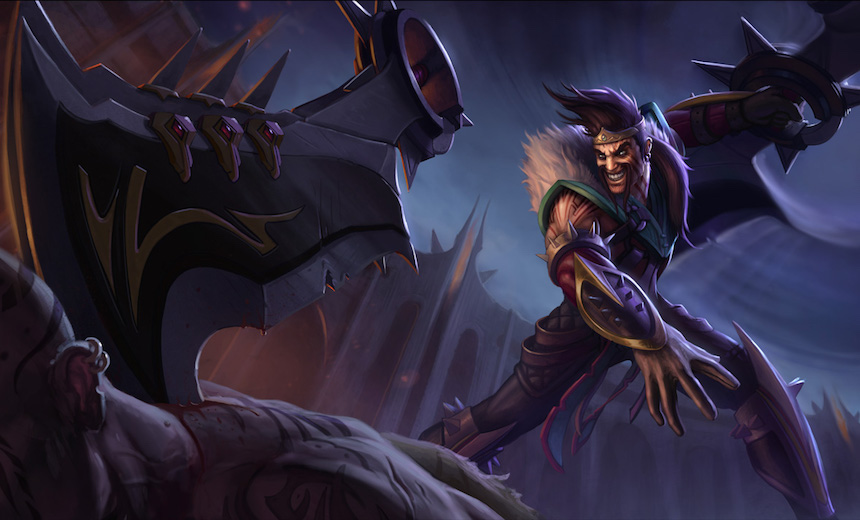 Who would finally prevail in the eternal debate that is NA vs. EU? Let's find out with DRAAAAVEN.

Your main man Draven here. I'm sure you'd love to get a full-blown article of how awesome Draven is. But some chumps wanted me to weigh in on that whole NA vs. EU fiasco that happened. Some Riot casters decided to throw down on the Rift to settle the score of who's the best region. And, of course, the only way you could ever find out if something is better than something else is with me, Draven, the best thing ever.

So, out of pure pity, I decided to help these chumps and I have to say that results were entirely predictable to me. But, let Draven break it down for you lesser folk, starting with rosters: 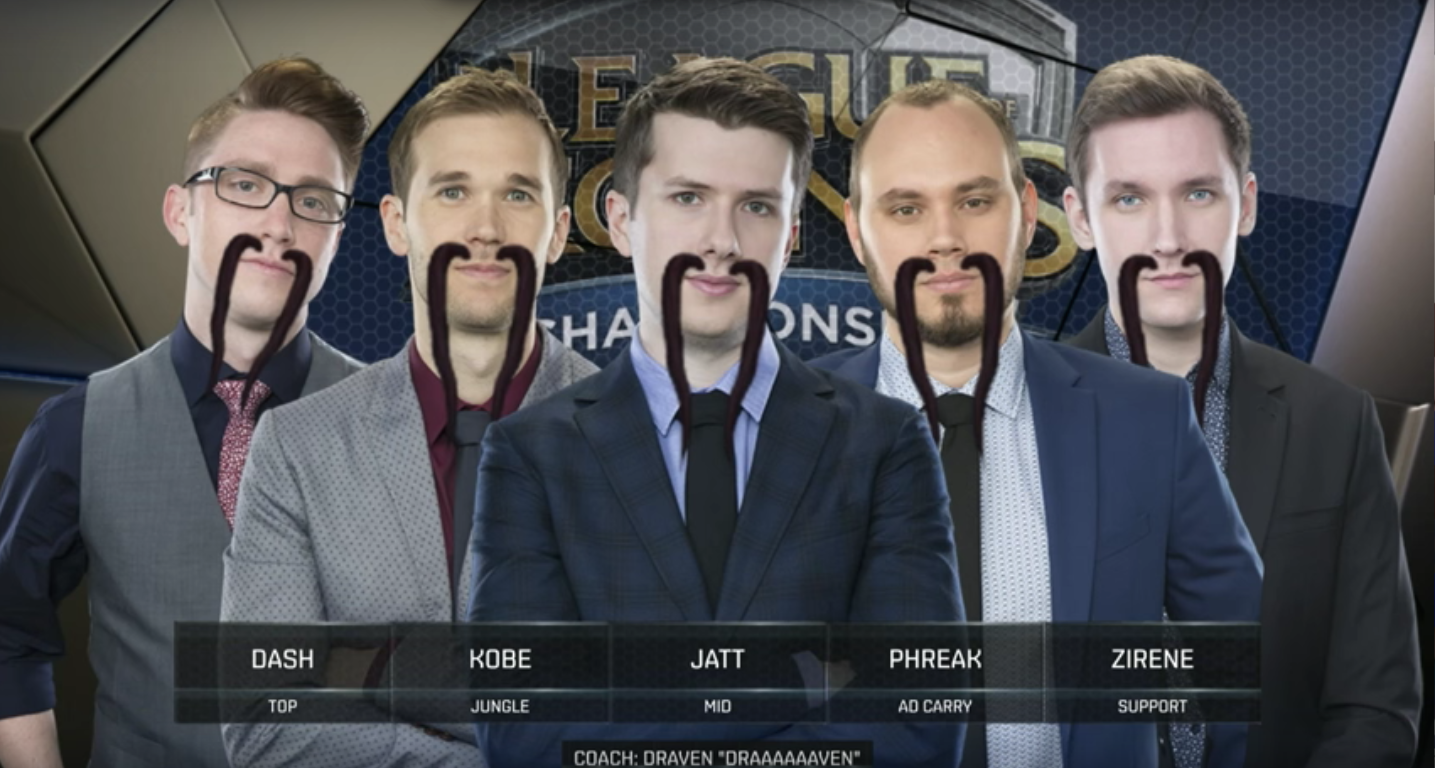 So, Phreak puns aside, NA is definitely Chump City. But, their dashing and stylish coach could definitely bring the pain, so early advantage looks to be in their favor. 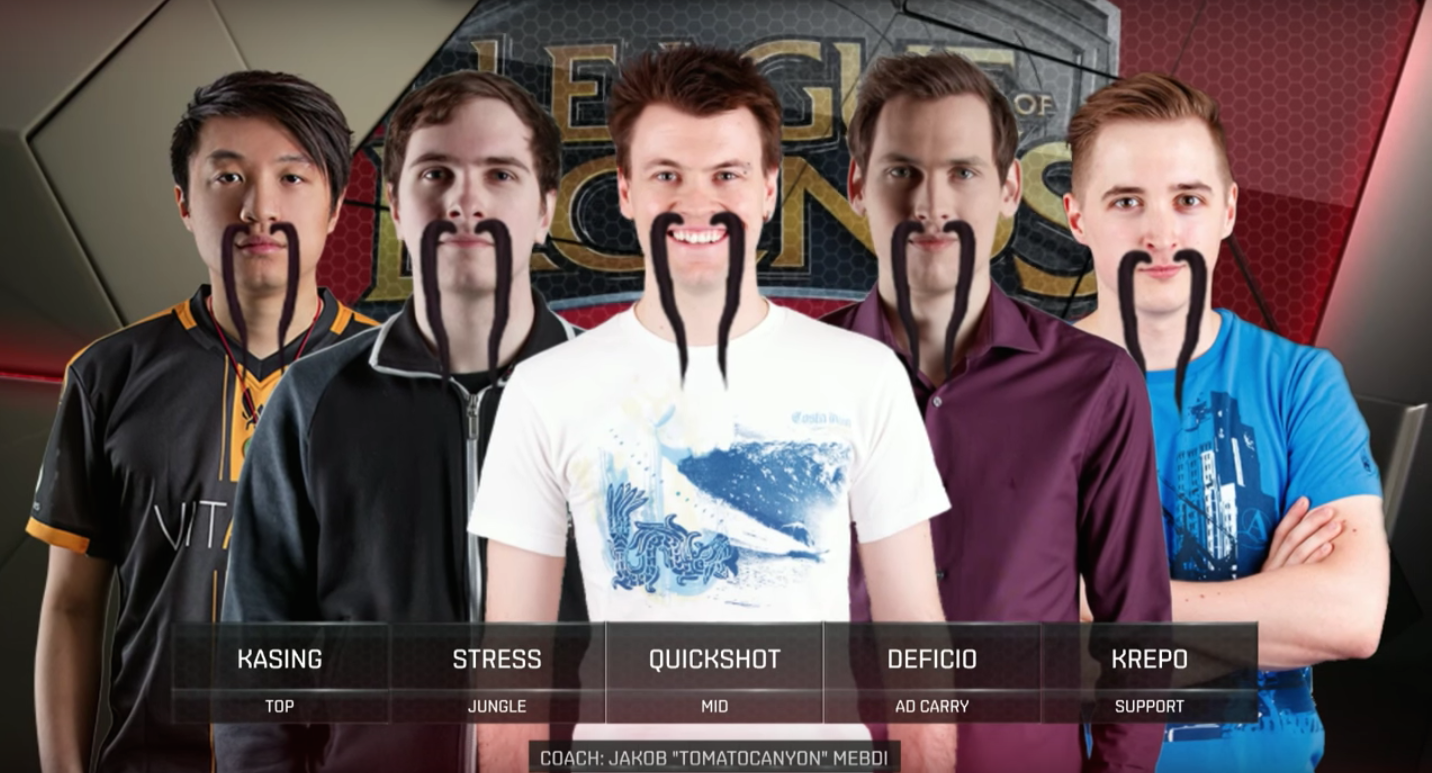 EU's definitely got the style and flowing mustaches to look like favorites going into this epic battle. But, not paying Draven to be on their roster will be their downfall.

With NA running a full Draven comp, it looked really bad for EU's Draven comp. And with some level 1 strategies that Draven taught the NA squad himself, they were able to out-mindgame their enemies into an early lead. That's for not paying me, EU. NA's bottom lane started off great, despite people questioning running Draven and Draven into a Draven-Draven lane. But Phreak and Zirene were able to stay even while Jatt dominated Quickshot's Draven pick with his Draven over and over again.

EU tried their best to get back into the game with a cheese teleport gank on the bottom lane. They also managed to bait Phreak into a 1v4 near the Dragon pit. But, after a pep talk from yours truly, Phreak was able to get back in the game. And NA pretty much had the cat in the bloody bag, with their full Draven comp competely running over EU's inferior Draven comp. But, frantically putting money in the right hands and somehow pulling moves right out of Draven's playbook, EU was able to steal the win. NA would cry foul like the chumps they were, but, upon further review by the offical, the match was declared unlucky.

I'm bored now. Time to show some chumps who's truly the best. Draven out.