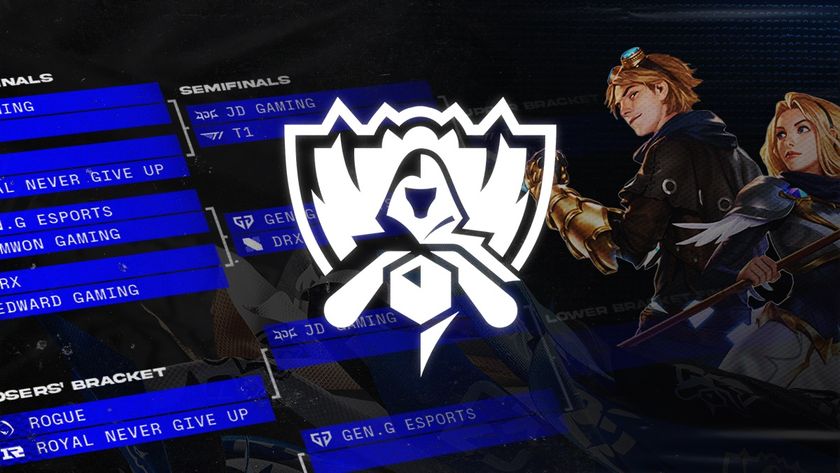 What can Riot Games do to fix the League of Legends World Championship format?

Will the format for Worlds ever change?

With the semifinals now done and dusted, we have our two finalists for only the fourth all-LCK grand final at the League of Legends World Championship. As T1 was involved in the first three, it only made sense that they'd be part of the fourth edition. And against all the odds, DRX has managed to make it to their first-ever grand finals on the international stage. They have been living a fairytale run at Worlds 2022 at the moment with their journey starting from the Play-In Stage.

And speaking of the Play-In Stage, that was Riot Games' last significant update to the Worlds format. Before that, they changed the playoffs bracket from a double-elimination to a single-elimination format. However, this happened back in 2012 and it has been 10 years since we last saw a double-elimination bracket in a Riot tournament. While this does make winning a Summoner's Cup that much harder with no safety net, it also means that there is no room for error and the slightest mistake can cost you a world championship.

Sure, this does make for better viewing as fans but on the other side of the coin, it also means that there will be fewer games played. Given that Worlds is usually a month-long tournament that is spread across four weeks, it would make sense to have a double-elimination bracket. This will not only allow Riot to get even more eyes on the tournament but will also introduce possibly even more exciting matches.

Various esports tournaments like Dota 2's The International, Valorant's World Championship, or even the RLCS World Championship, all feature a common attribute in the double-elimination bracket. This gives teams a second chance to fight for their tournament lives while also creating new narratives along the way. The "underdog" story is a well-known element in anything remotely competitive, whether it be in traditional sports or even esports.

This usually depicts the story of a team that, against all the odds, managed to climb through a lower-bracket run to the grand finals to possibly win it all. It's a narrative that has been used time and time again to great effect. Whether or not the "underdog" team wins is irrelevant; if they did indeed win, it's a bonus on an already captivating story.

DRX is currently living that dream after being the only team from the Play-In Stage to be in the grand finals. They are also the first team in Worlds history to make it to the grand finals, despite starting in the very first round of the tournament. So while many will be hoping and praying that DRX wins Worlds 2022, the narrative has already been set and their names will already be etched in Worlds history. Even if they were to lose, it wouldn't be a bad thing as it's against arguably the strongest T1 squad since its back-to-back championship wins.

If Worlds 2022 did have a double-elimination bracket, the likes of former world champion DWG.KIA and EDward Gaming alongside MSI 2022 champ Royal Never Give Up and Rogue will still be in contention for a shot in the grand finals. Riot could also include the third-placed teams from the group stage into the lower bracket, giving them a shot at causing an upset on the main stage. And if all these teams were put in a lower-bracket environment with nothing else to lose, we can expect some stellar best-of-fives between them. But alas, we will probably never know how these series would have played out.

As the League of Legends World Championship will be concluded this weekend, Riot will no doubt be back on the drawing board for Worlds 2023. And if they are hoping to solely rely on the quality of gameplay from its top teams to keep the hype alive, it may want to revisit its plan on introducing a double-elimination system. Not only will this benefit Riot in terms of viewership numbers, but it can also potentially make teams rethink their entire strategy heading into the yearly tournament.

The grand final of Worlds 2022 is happening over the weekend of November 5 at the Chase Centre in San Francisco. T1 are the overwhelming favourites to claim their fourth world title whereas this will be DRX's first-ever appearance at the grand finals of Worlds.

Do you think Worlds should have a double-elimination bracket again?