Over the offseason, we’ve seen quite an influx of significant changes from rebuilding of  core rosters, the coming of new challengers, and even the NA LCS’s return to a Best-of-1 format! With the hype being set in tone, here’s how we see the tournament bracket by the end of the split.

20th of January, 2018  - less than a week left to the kickstart of the newly-franchised and highly-anticipated, NA LCS.

Over the offseason, we’ve seen quite an influx of significant changes from rebuilding of  core rosters, the coming of new challengers, and even the NA LCS’s return to a Best-of-1 format!

With the hype being set in tone, here’s how we see the tournament bracket by the end of the split. 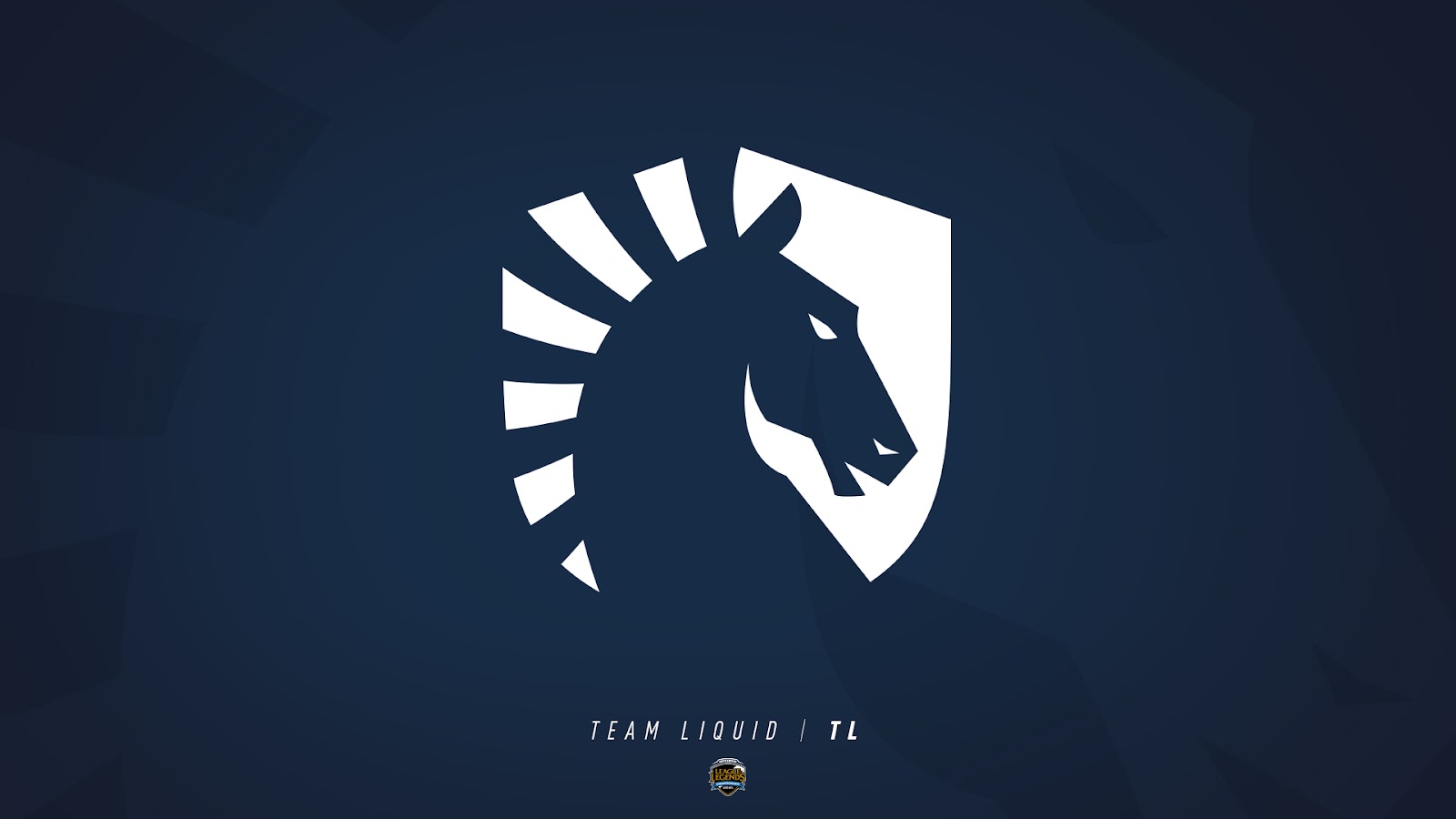 After a total roster overhaul, Liquid’s gone and recruited top-tier homegrown talent in Doublelift, Pobelter, and Xmithie alongside World Champion,  Impact and All-star Support, Olleh. With over half the team being iterations of CLG and IMT in previous seasons, TL is sure to find their groove early in the split due to their already-existing team synergy.

Seeing the team’s collective drive in contention for the Summoner’s Cup (as seen in their holiday Korean bootcamp), along with TL’s extensive resources and facilities, this might just be Liquid’s shot at redemption.

It also doesn’t hurt that Doublelift wants to ‘absolutely crush’ TSM this season. 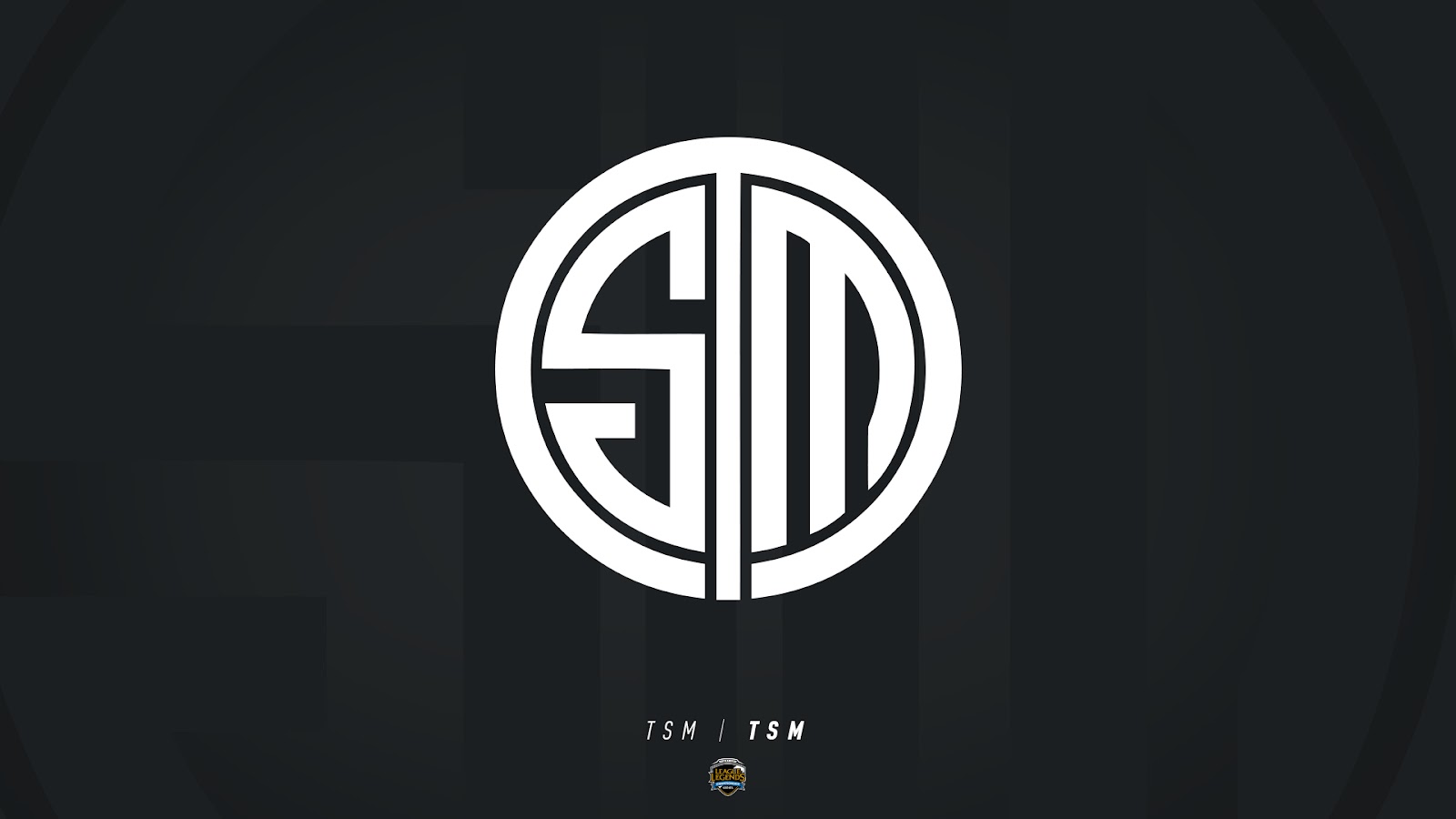 'TSM! TSM! TSM!', chants the crowd even as the North American representative fails to make out of the Group Stage - yet again.

With Bjergsen at the team’s helm, expectations have risen up for this roster’s stacked lineup. Hauntzer has grown into a stalwart and reliable laner in the past splits, demonstrating his ability to carry  and effectively shotcall. While, MikeYeung’s aggression will be sure to pave the way for TSM to establish their dominance in-game. Time will tell whether Zven and Mithy’s ‘lane kingdom’ will migrate to the NA LCS stage, which could be the deciding factor to push the team further into stardom. 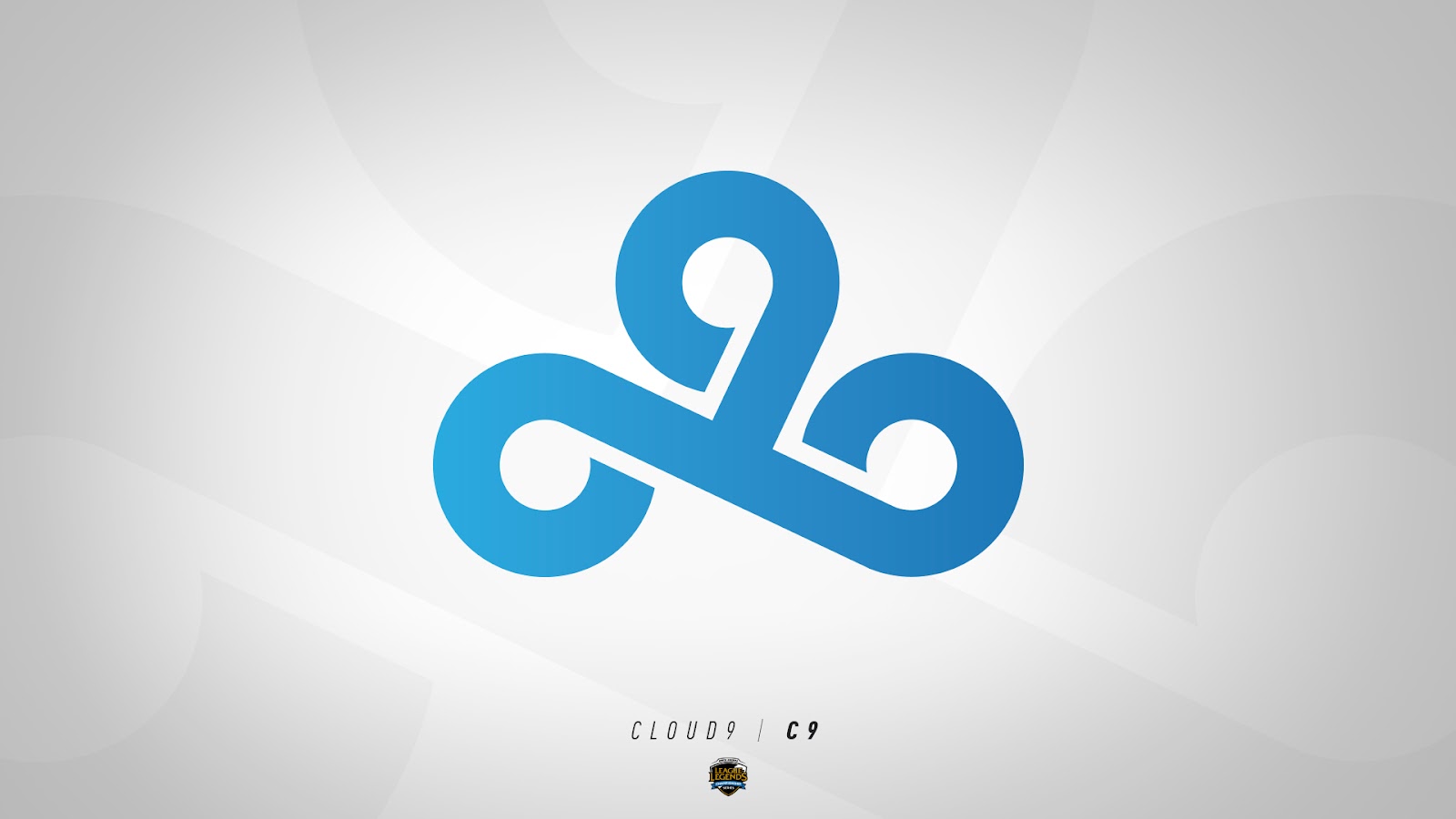 Cloud9’s sword and shield duo has been replaced by…candy?

Jokes aside, the C9 dank staple of Jensen and Sneaky are coming into the season backed up by the exceptional jungler, Svenskeren (previously of TSM)  and the much-hyped presence in the Top Lane, Licorice from eUnited.

Taking a look at Jensen’s performance from the previous year, Jensen has proved to be a key influencer in C9’s success throughout the season.  On the other hand, Sneaky and Smoothie have been constantly solid  in the bot lane; being able to stand toe-to-toe against WE’s Mystic, considered to be one of the top mechanically-adept players on the World Stage.

For Cloud9 to reach the highest of the highs, Licorice would have to build-up his own level of play while building synergy with Svenskeren, as he returns to his former prime as an aggressive, pro-active jungler that leads the team’s strides. 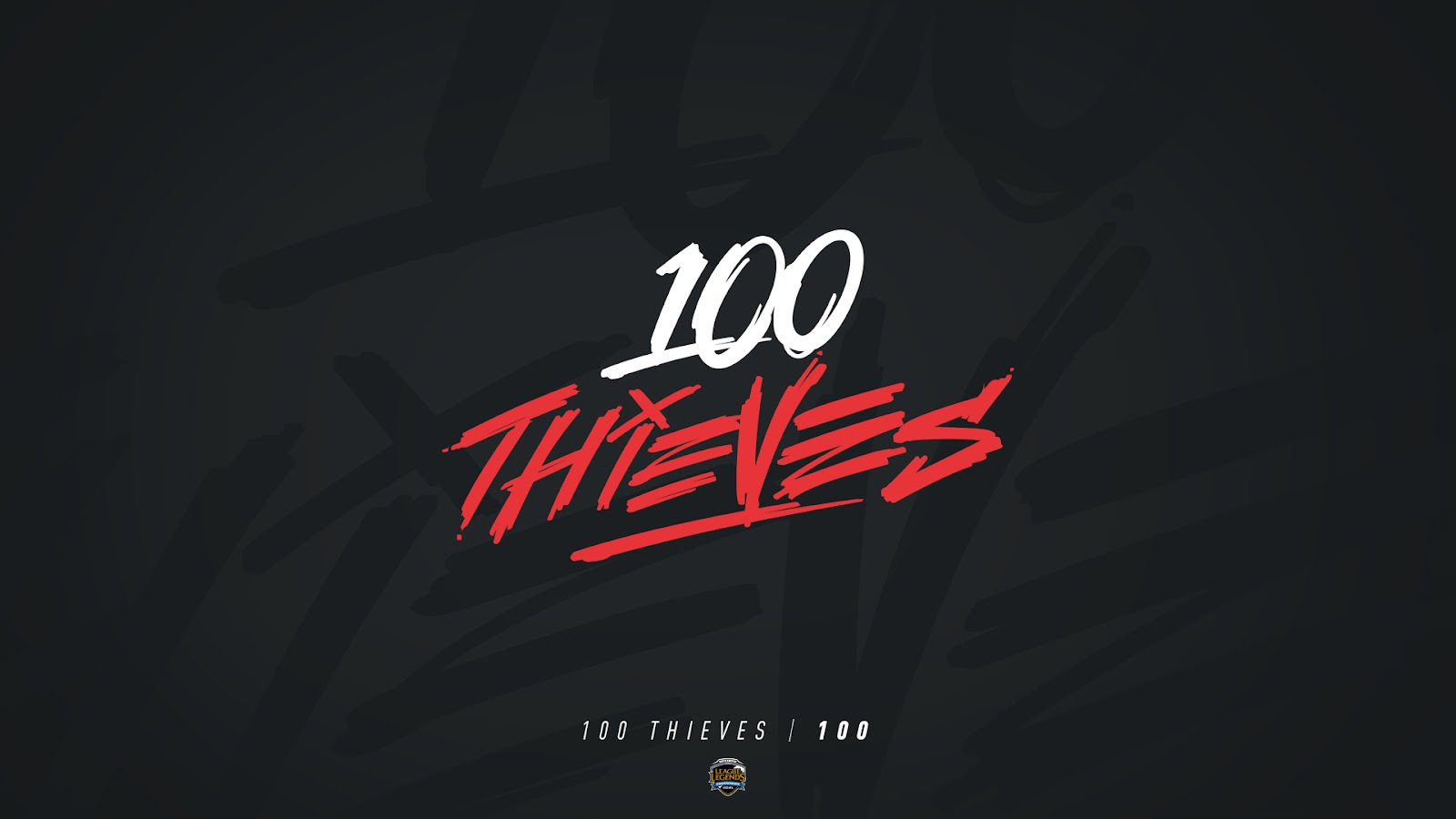 100Thieves is on a heist to nab the Split trophy.

The 100Thieves roster has got to be one of the hypest signings on paper.

With Meteos and Aphromoo’s expansive game knowledge and decision-making ability, Ssumday and Ryu’s stellar individual play, and an up-and-coming rookie player to boot, there is a world wherein 100T can run deep in the tournament bracket. As long as 100T can find their niche and keep the ball rolling, they could find themselves in favor for contention of the top spot. 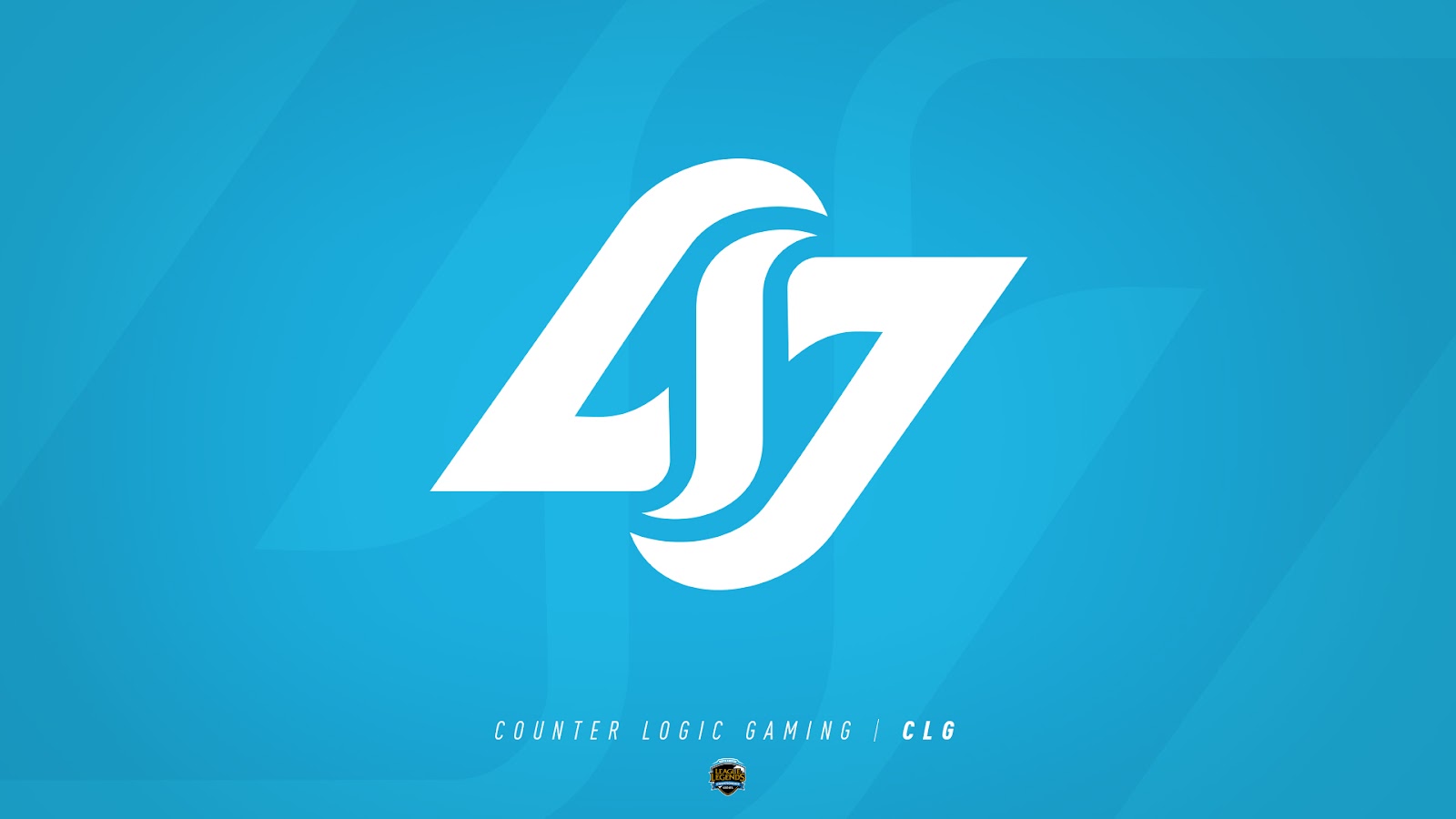 CLG’s team environment is heavily-centered on cooperation and bonding of player personalities. That said, with the leave of the team’s primary voice and captain, Aphromoo, CLG will initially struggle to hold their bearings right off the bat.

However, once the team starts to mesh in sync, considering the raw talent the roster possesses, this team could be well on its way to another Madison Square Garden finals run. With the addition of macro-oriented jungler, Reignover, and promising support, Biofrost, to the lineup, it seems that it’s only a matter of time before the existing and all-new parts of the CLG squad start to come together.

You just have to believe. 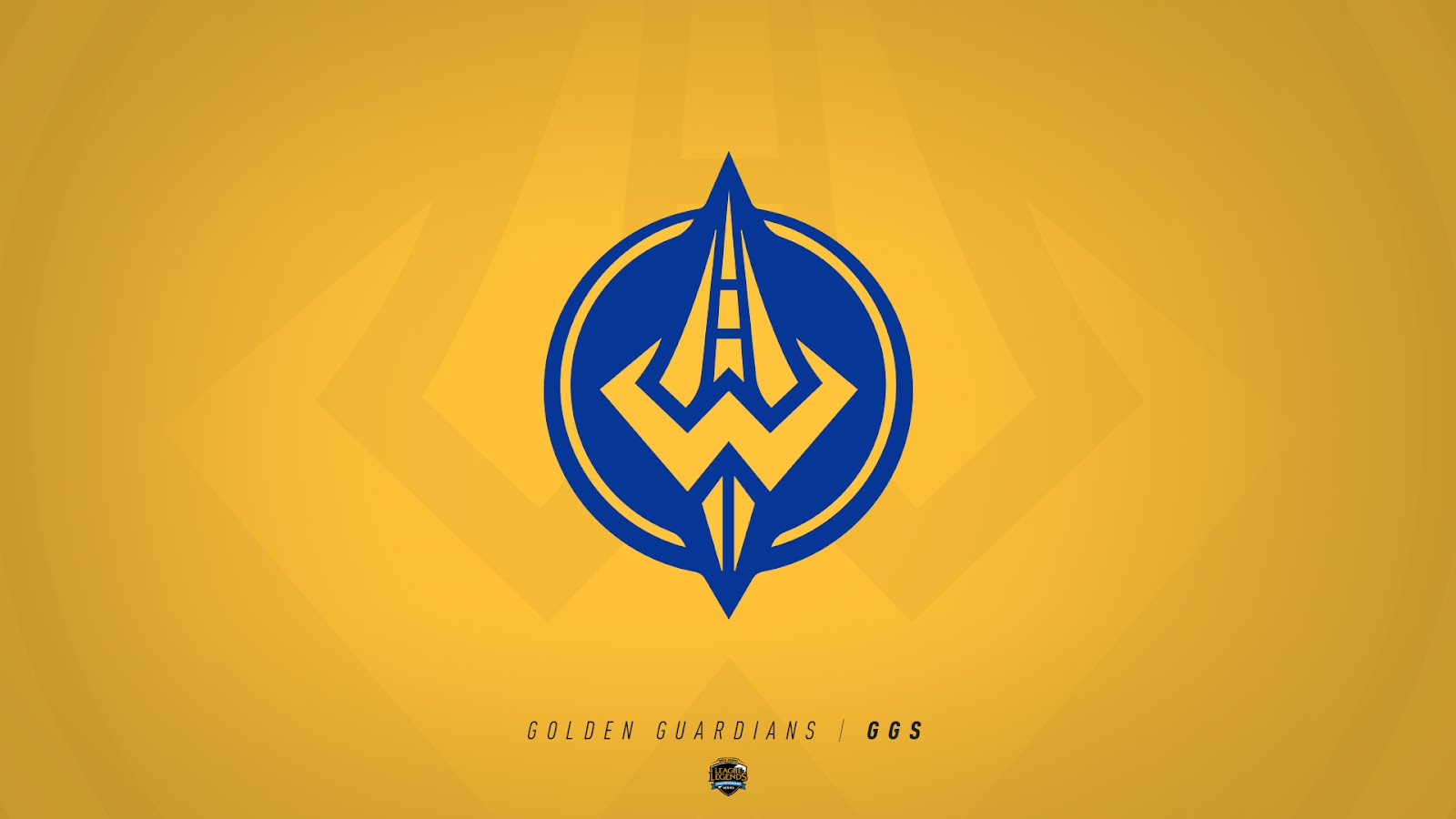 Hai and company are back.

Golden Guardians have been criticized for sporting the ‘weakest roster’ on paper. However, I say a team is more than just its parts.

With the legendary shotcaller Hai in the mid lane having relatively-newer players under his wing, the Guardians can take their time to develop top-tier talent for the long-run. Given the time and resources to shine, Deftly could potentially be this split’s rookie star and even be the Guardian’s own Stephen Curry?

Meanwhile, Matt and Lourlo have found a new home under the golden banner, as they look to redeem themselves from the previous year’s showing. Contractz has shown himself to be a more capable player at the World stage, revealing various styles of play in response to his team’s needs.

All in all, the team’s standing will ultimately rely on how well the team gels together throughout the season. Here’s to hoping they give us GGs! 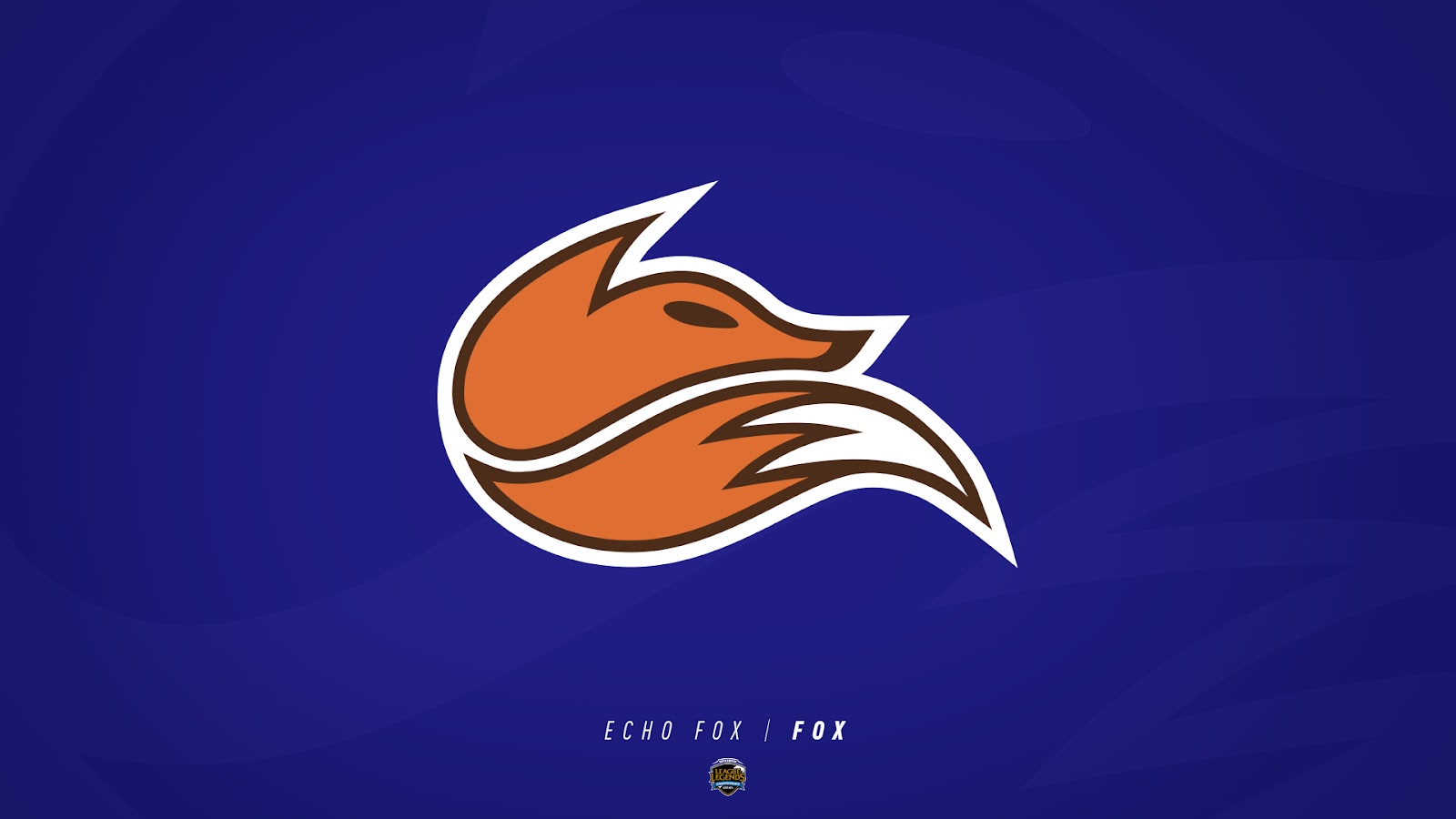 After Huni’s year-long stint in Korea, everyone’s favorite laner has now returned to the  Land of the Free.

Now, as one of only two organizations to undergo a complete roster overhaul, Echo Fox is determined in improving their League standing as compared to their past performances. Such is seen when they recruited highly-skilled, albeit controversial, jungler Dardoch along with a experienced staple in the mid lane, FeniX.

With Altec and Adrian as dependable standbys in the bottom lane, Echo Fox’s success will be primarily decided by how well Huni is able to generate and snowball leads for his team alongside Dardoch and FeniX.

Although, given how tilt has negatively impacted a few of the player’s careers, it would be difficult to say where the team lands from here.

On the other hand, it would be satisfying to see these players finally succeed on the larger scale of competition. 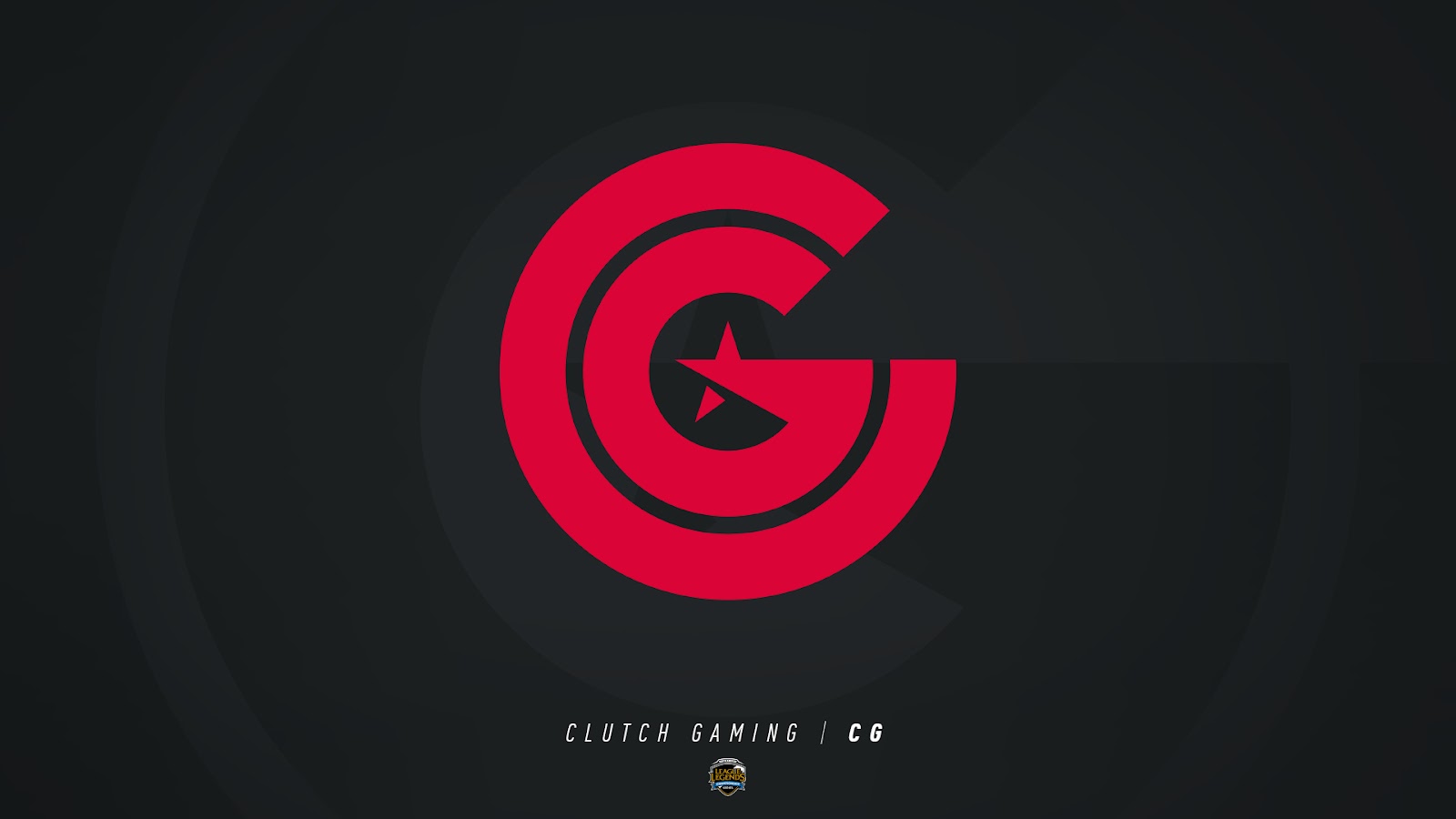 The EU in EnVyUs stands for Europe, and by Europe, I mean European import in Febiven. With the Faker slayer, Febiven,  in the mid lane alongside one of the consistently top-performing junglers in LirA, Clutch Gaming’s mid-jungle synergy could be a match made in heaven for the newly-assembled roster.

Clutch Gaming has also signed rising talent from the depths of the Challenger Series in Solo, whose performance could be a key component in CG’s success. Combined with the existing team dynamic of the previously-EnVyUs teammates, Clutch could just hit it home given its analyst-centric fashion of the team’s operations. 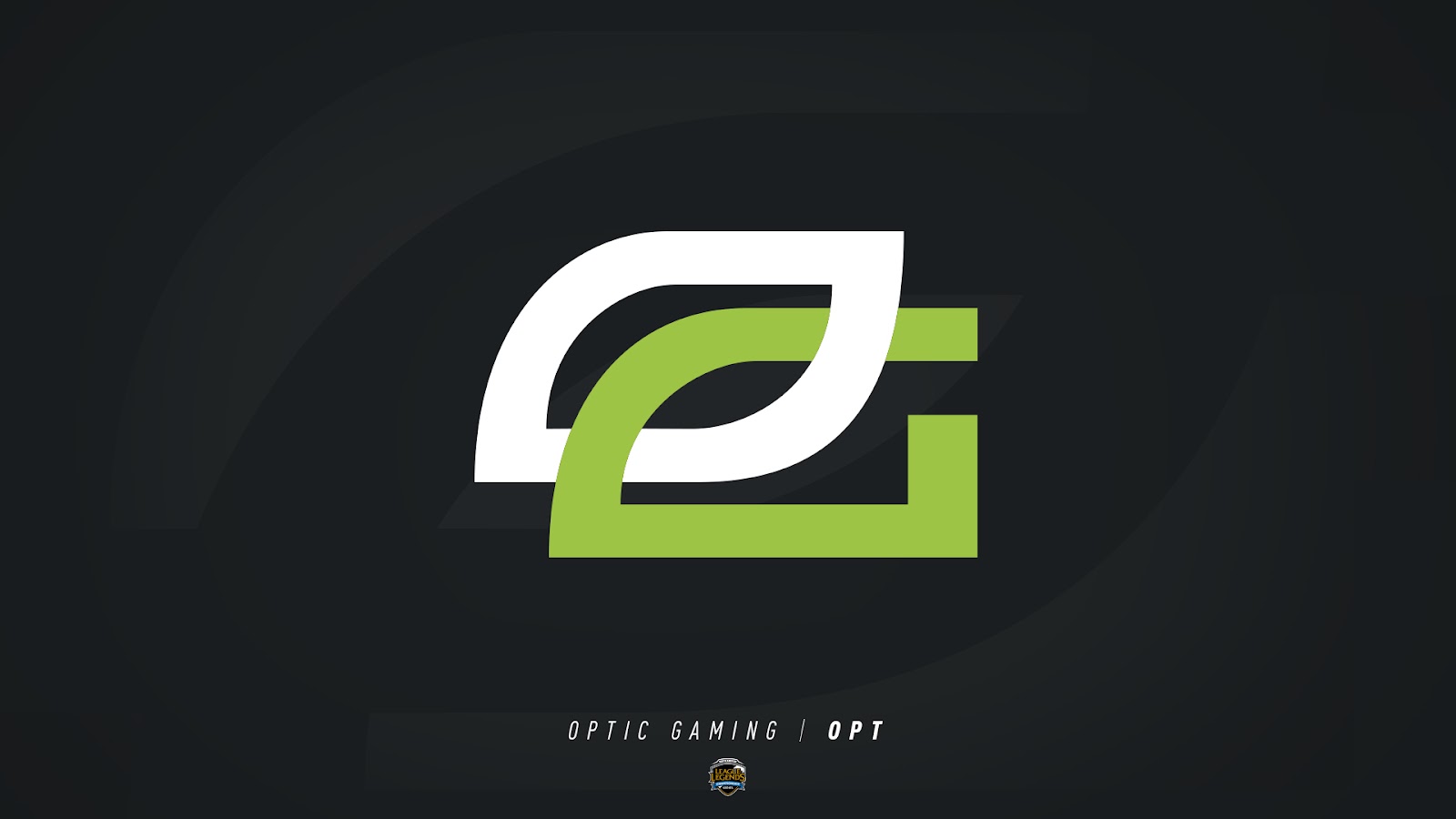 The #GreenWall has come to League of Legends.

As one of the highly-prominent esports organizations within the field, OpTic forays into the League professional scene with the intent to dominate as much as their Call of Duty rosters have in the team’s history.

Coming into the season, OpTic will be importing European talent in PowerOfEvil, whose peculiar off-meta builds almost net them the series win against SKT T1 in the Quarterfinals. Paired with the crafty LemonNation and entitled NA LCS Spring Split MVP, Arrow, OpTic’s got a fighting chance to add another title to its list of Championships won.

Akaadian and zig’s jungle-top synergy and how they translate their pressure to the rest of the map will be one barricade to  watch out for, if the team is to proceed further in the standings. 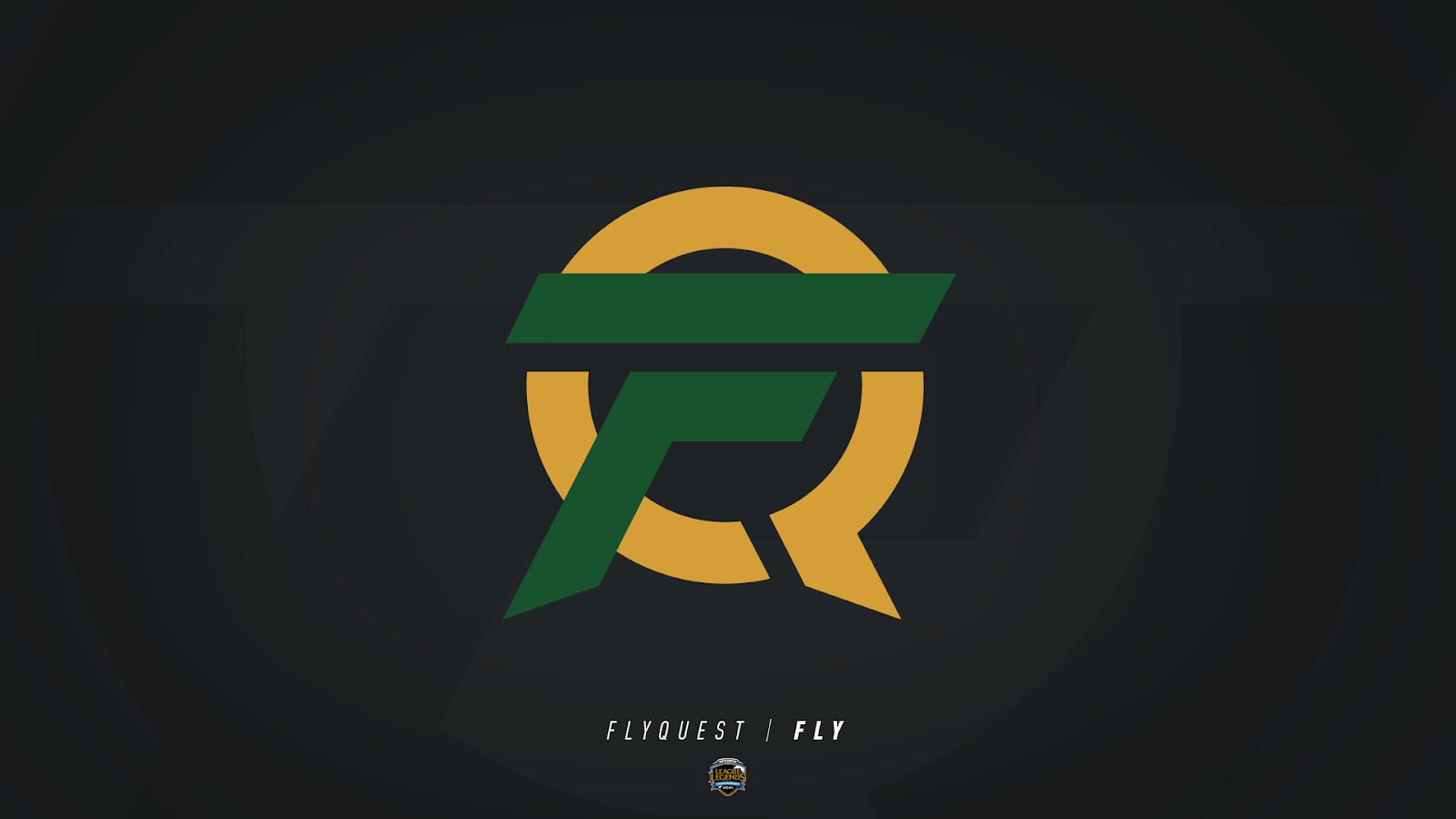 A flame horizon looms over the distance. FlyQuest is reborn.

Following the team’s restructure and brand shakeup, WildTurtle remains as the last man standing from their starting roster’s previous iteration. FlyQuest has signed imports in Flame and Fly, serving as the team’s backbone coming into the spring split.

Anda is set to make his debut in the jungle with the FlyQuest lineup, rejoining with Flame and Stunt from their previous stay in Immortals; which might prove as a boon to their team synergy as the split kicks off.

With Stunt being Wildturtle’s half down in the bot lane, their pairing will hopefully be able to refine Turtle’s aggressive playstyle to push themselves even further into relevance.

What are your predictions for the upcoming season? Let us know in the comments below!

Catch all the action on LoLesports , Twitch , or YouTube on Saturdays and Sundays.

Which NBALCS team will reign supreme?