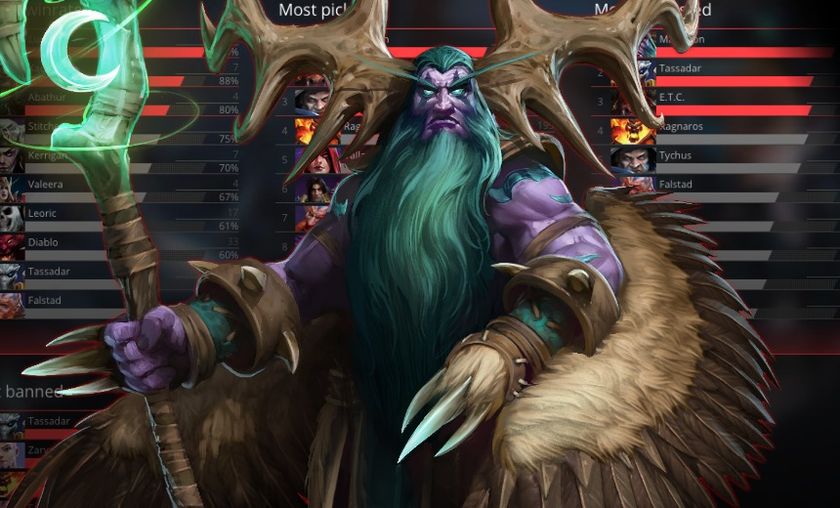 In case you forgot which heroes are on top of the competitive heap, here is a list of the most banned and most picked since September of last year.

See the full stats for your self here

Most Contested means the combined ban and pick rates of a given hero. The result is a list of heroes that make up the "core" of competitive Heroes of the Storm. In other words, these are the heroes that, one way or another, make the biggest impact in the majority of tournaments.

Balance updates are grouped together with their respective major hero patch. Exceptions are made for particularly massive balance updates that don't involve a brand new hero. 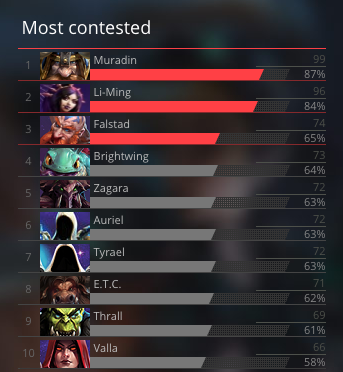 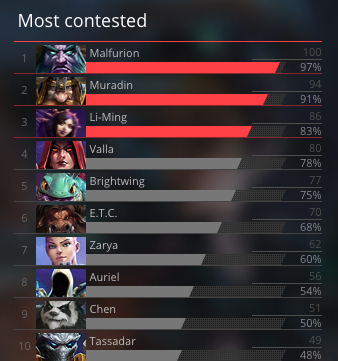 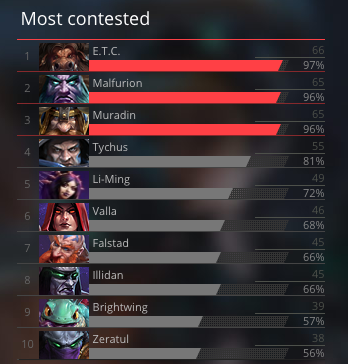 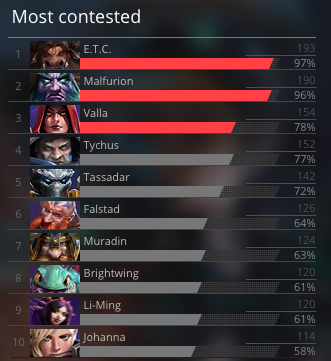 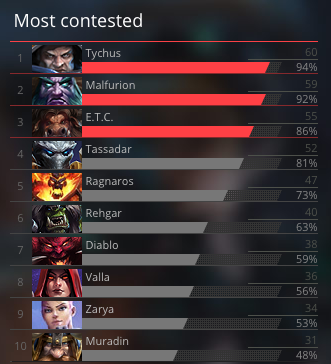 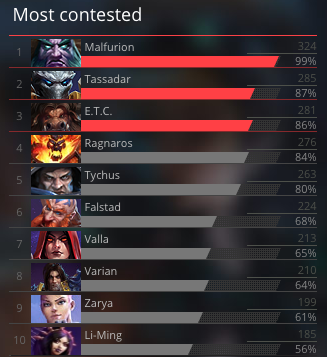 Dive into the Data

What do you think? You can find all of this data and more on our Heroes of the Storm stats page. Search by every major patch in Heroes, or if you are feeling particular nostalgic, every Heroes patch of all time! Our data comes from drafts takent from every major tournament and minor tournaments that reach the minimum prize pool or qualification importance needed to be recorded.

For major qualifying tournaments, only matches beyond the top 16 teams are used to ensure the data represents competitively viable drafts. 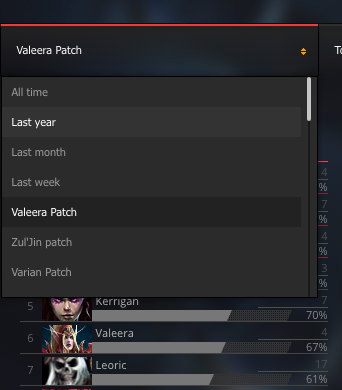 There, you can find tons of interesting trivia. For example, did you know that Zeratul is the most banned Hero of all time? Or that Nazeebo has a 46% winrate?

Who needs more of a nerf? E.T.C or Malfurion?

The Heroes Charity Brawl returns more exciting and generous than ever!