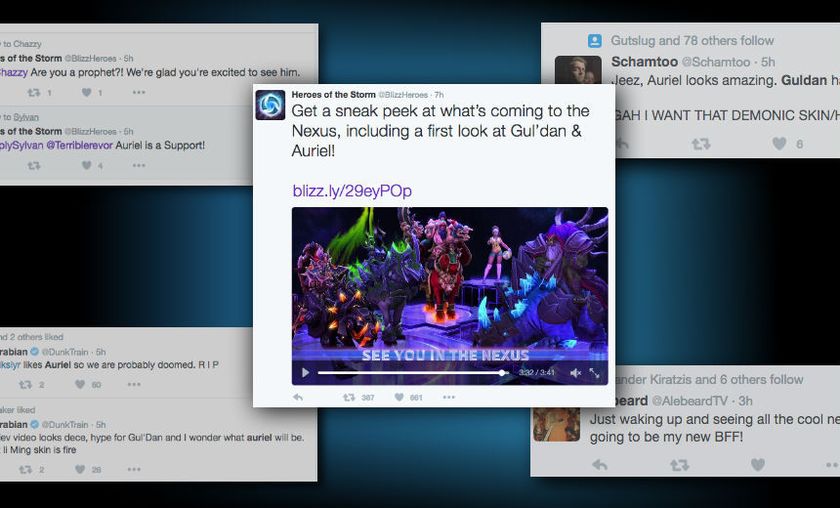 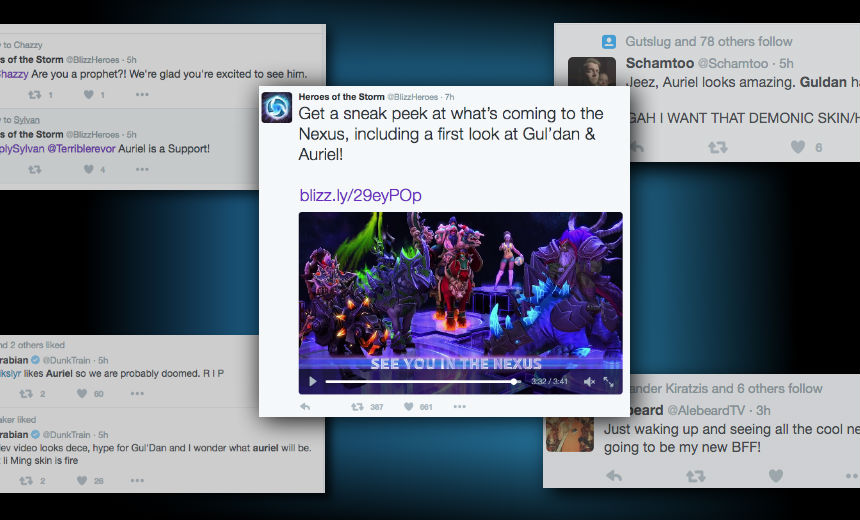 The Guldan and Auriel reveal was something we both expected but weren't ready for. AoE Fear? Auriel's amazing animations? The excitement was real on twitter just hours after the reveal.

The resemblance is pretty close in their defense.

Better than Tassadar? That is a little scary to think about.

Our very own Broeder is worried that we might see a repeat of Tyraels trait.

Volley Ball Li-Ming is a big hit to to some fans. Sorry though, still got to wait!

Tetcher has predicted all. I can see Khadgar in the future, but Yogg-Saron?

Dunktrain knows to be fearful when CM Trikslyr, the king of cheese, enjoys a hero...


And finally, we have this gem of modern art

Guldan is a Tauren?