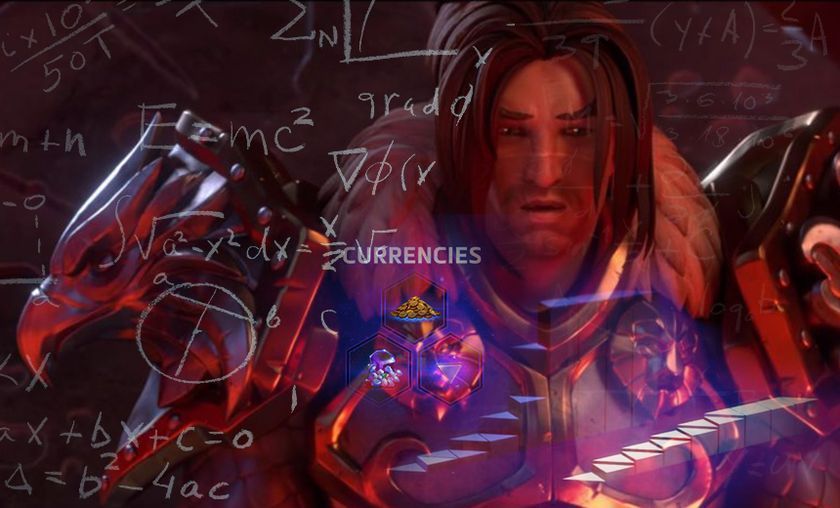 With the introduction of three currencies, Heroes 2.0 means a more complex system to deal with. Let’s take a look at how to keep ahead of the curve in the new Progression 2.0 system with some useful insights and practical steps.

Gems and cash: why a premium currency is better than a cash system

Premium currency allows Blizzard to give you money
Blizzard cannot just give you cash. In the past, the best they could do is hand out a code for a hero bundle, but what if they want to give you less than a hero more often? Now, with a premium currency, Blizzard can credit your account with something like Nexus dollars.

Premium currency saves everyone from micro-transaction fees.
Every time you buy a mount or a skin Blizzard had to pass a transaction fee to a credit company. By introducing gems, this allows Blizzard to do micro-transactions in-house, saving them real dollars. You can see this difference in the Heroes 2.0 beta by looking at the prices of gem packs, stim packs, and hero purchases. Blizzard is passing those micro-transaction savings onto you, showing us that Blizzard wants the game to reach more people in the most affordable way.

When it comes to exclusive or premium currencies, the currency value is tied to the value of the entities which create them. Blizzard, Amazon, the United States, China and more, they all create currencies we trust and use. What decides the value of those currencies is the strength of their creator. So you have to ask yourself; are you invested in Blizzard and think they have a future? You're voting yes every hour you spend in the Nexus.

Beau Schwartz from the Core podcast appropriately calls gold "Nexus frequent flyer miles". This is because gold comes through playing Heroes of the Storm. By playing the game we make gold, but what does gold cash-flow look like and what should we be doing with it?

Gold cash flow 101
To make sense out of gold cash flow, we'll be looking at minimum daily activity numbers. These numbers assume you play the least amount of Heroes of the Storm possible while completing your daily quests and the weekly brawl.

For AI only players:

Can you earn a new hero on release (every 3 weeks)?

For Quickmatch and above players:

Can you earn a new hero on release (every 3 weeks)?

In summary, playing Heroes of the Storm purely free to play and purely playing the minimum amount of time, you can buy a new hero every other hero release pretty consistently with gold left over to reroll those less than stellar loot chests.

When it comes to in-game value, the only thing worth more than your time and money is shards. A simple thought experiment shows how this works.

Time: If you had unlimited amounts of time played you would have unlimited chests, leading to unlimited shards, unlimited gold earned, and unlimited unlockables. Time is your most valuable resource.

Gems: Let's say you had unlimited Gems. Yes, you could then buy unlimited loot chests. But you can't just use gems to buy a specific cosmetic item (unless it's during a bundle sale) which means the true currency of trade in-game is shards.

Gold: Let's say you had unlimited gold. You could unlock all heroes, yes, and you could reroll all your loot chests three times, but your loot chests are limited by how much you play. How much do you play again?

Shards: If you had unlimited shards you could unlock every cosmetic item at will.

Now none of us have unlimited money or time, but we can optimize how we use our time for the best possible value. In the old system, there were zero ways to earn premium skins and mounts, or banners, emoji, voice packs and all the other neat things coming to the Nexus. This new system adds tons of new value to you if you are willing to invest your time playing.

This new system betrays Blizzard's intentions, breaking down the pay-wall for cosmetics and incentivizing players to spend their time in the Nexus more for all the game has to offer.

While in 2.0 we have this great benefit of gaining premium items through playing, love it or hate it, this comes with the thrill and risk of a gamble.

When it comes to loot chests, there's things we know and things we don't.

What we know about loot chests:
We can look at loot chest drops in terms of shards recovered.
Each chest drops items paying out in four possible values; common, rare, epic, or legendary.

Loot chests are biased
The devs have stated that loot chests are biased, making it more likely that you will roll something you don't have over something you will. This fact is a little-overlooked benefit to those veteran players who own many heroes and skins but will receive less loot chests than an account starting from scratch. The veteran player with 70 loot chests gets amazing drops becaues of this bias. For a sample of this check out McIntyre's loot chest opening video and notice how much cool stuff he gets even though he has almost everything in the game before Heroes 2.0. Veterans will more than likely be sitting on larger piles of shards sooner.

What we don't know about loot chests:
Drop rates for Common, Rare, Epic, and Legendary items have not been worked out yet. Once the beta is over and people can purchase chests, we'll be able to collect enough data to make meaningful guesses at these numbers. Until then we can look at drop-rates for the other Blizzard franchises to get a rough idea.

Does it make sense to reroll loot chests?
Firstly this depends on how much gold you have socked away. In poker, they say "don't play near the felt", which means don't gamble with the money you need to pay the rent. In Heroes of the Storm, your 'rent' is the money you need to unlock the next hero you want for your collection. It usually makes sense to reroll any chest that doesn't pay out with at least two rares or one epic. Just keep 10k - 15k for that next hero release. The rate that you earn gold will probably outstrip the rate that you open chests so make those loot chests count!

If I roll something I like should I keep it even if it's only a common or rare?
If you roll a loot chest and like that rare Alarak skin but don't already have it, keep it. It's worth 4x as much rolled from a chest than it is crafted. On the other hand, that otherwise lackluster epic duplicate is worth the same as that Rare Alarak skin you want to create.

Should I NOT level up my heroes since I'll miss out on level loot chests?
Some people are really concerned about this issue. If you really want to maximize your loot chests, a table that helps you with level stops can be found here. Just know it might be easiest to consider going with the flow and just leave any level 5 and lower heroes until the 2.0 change.

I hope all this information has helped you make more sense out of the new currency system coming with Heroes 2.0. While there is plenty to learn and explore with the new system, Blizzard is working their hardest to make the new Heroes 2.0 the most fun system we've seen yet.

Coming up there's plenty to talk about. Blizzard hasn't even dented the announcements calendar yet and there's already some interesting things turning up on the PTR like a new feature in settings that will let us stutter step more effectively and the ever-increasing ways the new content is changing the feel of Heroes.