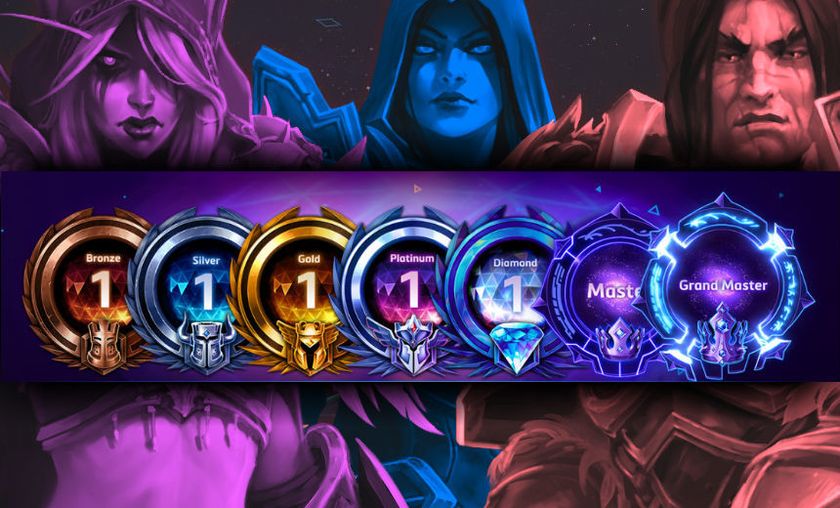 4 tips to help you survive the new ranked season

A fresh patch hit the nexus today and Hero league grinders are faced with 10 placement matches. Don't stress, read the patch notes, and use these tips to help your game.

The new patch is live and Probius is here to punish everyone who focuses more on killing cannons than avoiding Warp Rifts. Quick match is a whole lot more fun but if you are reading this, chances are you are itching to dive into the new ranked seasons and start the grind to Grand Master.

Before you do, please keep the following tips in mind. Trust me-- your rank will thank you!

It's a tempting situation that many of us fall into. There is a new patch with new heroes and reworks and, of course, we all want to experience them in a competitive setting. Trust me, there is probably very few people who are more exciting about playing the new Gazlowe in high MMR hero league games.

But it's a trap! Look to quick match or unranked draft to get warmed up and experiment with the new talents. Only after you are sufficiently warmed up and used to the new strategies and heroes should you use them in a competitive setting. You are much more likely to win your placement matches if you stick to heroes you are already very experienced with.

You don't want to be reading talents in the middle of a ranked game.

Losing sucks and when it happens, it's easy to rush through the score screen and immediately search for another game.

Chances are you are still upset about the loss and carrying over that stress into your next game. Not only are you robbing yourself the ability to learn and process why you lost your last game, but you run the risk of making poor draft decisions and becoming a selfish anti-team player. It is vital to go into your next game with a completely clean slate and an open mind.

Just because you lost last game as a support and felt useless doesn't mean you should stubbornly force an assassin pick and try to carry the game.

Just because you lost the last game because of a poor Illidan player, doesn't mean your current Illidan draft won't work.

Just because you lost the last game because your team ignored all objectives doesn't mean your current team deserves your angry commands and pings.

For absolute bonus points, watch the replay of the last game you lost. It requires discipline, but it's almost guaranteed that you will catch mistakes you didn't know you made

I think everyone knows this, but it's the new season and it's important to remind the masses that discouraging and flaming your teammates will significantly lower your chances to win.

If you haven't seen "Team Work OP", do so now. While the stats are pulled from LoL, I bet they are even truer when it comes to Heroes of the Storm thanks to our games increased importance on team play and the increased chance of making a comeback.

There is no point in preaching to mean players to stop being mean-- you know who you are and I'm not going to chance your worldview with this post. However, perhaps understanding that being toxic will, in reality, cause you to lose more games, might make our gaming world a better place.

I'm a huge advocate of the "unless your play was perfect, you have no reason to be upset" school of thinking when it comes to online games. Everyone knows you can't actually control your teammates and in Hero Leagues solo queue environment, you can't choose them either.

So the only thing you do have control over is your own play. Turns out the biggest impact you can ever have on a game is just playing out of your mind and being the strongest player on your team. So, while it is important for skilled players to communicate and give tactical suggestions for struggling teammates, this should never out prioritize your own play.

Good luck in the new season! If you have any other tips to help the grind, please let me know in the comments section below.

Which is more important? Helpful advice to struggling allies or focusing on your own play?

The new Gazlowe and what you need to know about him

Brackets for the Eastern Clash revealed