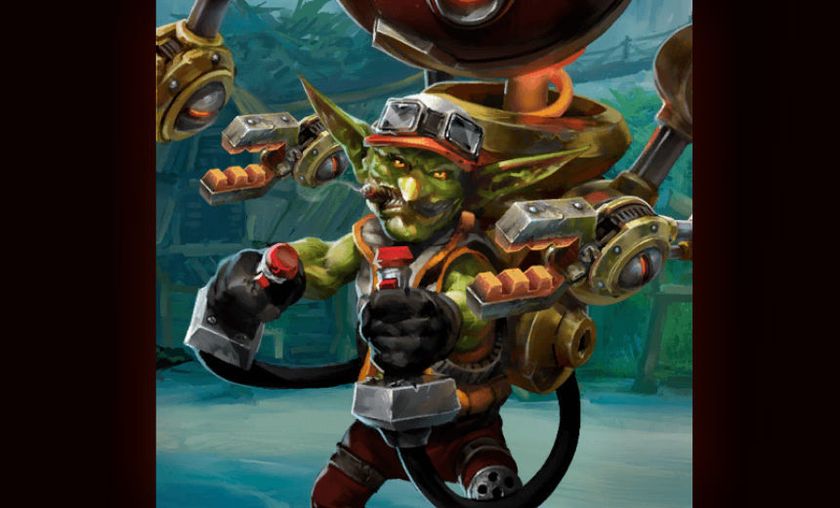 The new Gazlowe and what you need to know about him

Gazlowe has been changed significantly but there are only a few things loyal Gazlowe players need to be aware of in order to embrace his new playstyle.

Regen on par with the best of them

This regeneration talent can't be ignored. It provides more regeneration than Leoric's Reanimation but less than Dehaka's Tissue Regeneration. Why are we comparing Gazlowe to two warriors? Because the new Gazlowe can be played very much like bruiser built for max disruption and zone control. Robo-Goblin is the go-to heroic for this style of play and while Grav-o-Bomb will always be viable, the new melee oriented Gazlowe is a real threat.

The Gazlord we always wanted.

Robo-Goblin buffs redefine the hero and change the way Gazlowe is played to the extreme:

Finally-- an escape ability! 30 Armor and a mini-Sprint allows Gazlowe to tank tons of damage and ensure at least 4 seconds of empowered auto attacks. Additionally, the 30 armor is ideal for the next talent that, frankly, is on a power level that I am very pleased Gazlowe gets to enjoy. The armor synergy is perfect with his powerful level 13 talent:

This talent increases the value of all other Xplodium charge talents, so often ignored picks like extra-TNT and Ark Reaktor become a real threat. The value you can get from taking from off tanking Gazlowe is hard to imagine. Pair Gazlowe with a strong hero like Lt. Morales or Malfurion and the reckless playstyle that usually got Gazlowe players killed now provides invaluable zone control and the threat of stuns during a team fight.

At level 16, Gazlowe has 2 charges of Xplodium charge. Combined with potential for a third (or even 4th!) Xplodium Charge, the amount of space Gazlowe can control get's silly: 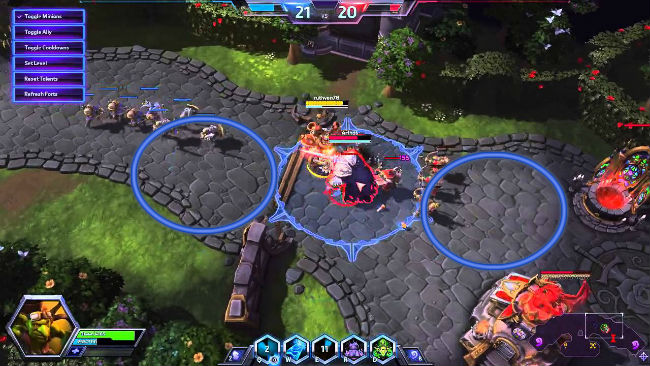 And that isn't even taking into consideration increased possible cooldown reduction shenanigans in excess scrap scenarios!

Mecha-lord was always a troll talent. It's not anymore.

That passive 25 armor (that stacks with the activated 30 armor) is huge and allows Gazlowe to realistically play the role of a melee Bruiser in late game scenarios. The additional damage is nothing to ignore, as any Gazlowe main knows how easy it is to start chunking away health bars.

Keep in mind that Gazlowe still remains a powerful split pushing, so his threat at level 20 is now two-fold. He becomes stronger in team fights while also providing the lane pressure that becomes so powerful once keeps become exposed. I am fairly certain this new style of Gazlowe will becoming an absolutely pub-stomper and, on certain maps that really take advantage of his zone control (Infernal Shrines, Cursed Hallow, and Tomb of the Spider Queen come to mind) I think he will be viable in higher level Hero League as well.

Will off-tank Gazlowe become a competitive pick? Honestly, it's not impossible. However, I think then the focus will be on Gazlowe's Deth Lazor talents. This new functionality is powerful enough to rethink the way Gazlowe can safely apply damage and zone entire teams.
Deth Lazor (W)

And, if you really think competitive Gazlowe is a pipe dream, Just imagine what Rich could have pulled off if he was able to channel his Deth Lazors indefinitely.

Is Melee Gazlowe the real deal?