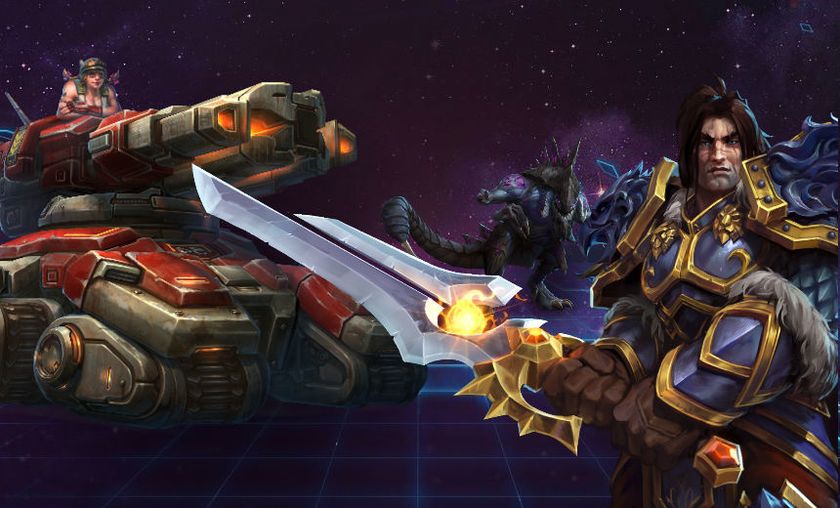 Our latest trio offers plenty of front line and the ranged damage to make it all worth it. While securing advantage thanks to the impossibly strong Dehaka solo lane, Varian, SGT.Hammer, and the rest of the squad can lay waste to enemy structures.

Take a look at this game played just this weekend between two HGC KR teams. Mighty wasn't the first team tp use this trio, but their win against Blossom is a perfect example of what makes this strategy so potent.

These clips show how devastating SGT. Hammer early game can be. Nazeebo and Malfurion are ideal lane partners for the constant sieging, as both heroes bring tons of self-sustain and residual damage.

Meanwhile, Dehaka easily wins the solo-lane vs. Falstad and can match his global mobility with ease. Varian is at his weakest during levels 1-9 (as he is so reliant on his Heroic choice) and is best suited to stay in lane and soak. This early advantage is common for SGT.Hammer compositions and any number of heroes can support her in the push. Malfurion, Zarya, Nazeebo and Li-Ming are some popular choices, but Dehaka and Varian appear to be the only permanent picks in this style of SGT. Hammer play.

Varian and Dehaka provide two very important things in a SGT. Hammer composition. They are among the tankiest frontline warriors that soak damage and create space for SGT. Hammer to attack freely. This is an important trait that allows SGT. Hammer to survive against melee heavy teams.

The second important thing they bring is the ability to capitalize on out of position enemies with their insane stun potential. Whether it's Dehaka Brushstalking next to Varian on reaction to seeing his stun, or flanking the enemy once they try to dive SGT. Hammer, the amount of kill potential these two heroes bring make it nearly impossible for even the most skilled Support player to keep their allies. One cleanse just isn't enough.

Check out the 27 minute, 22 second mark of the above match featuring the trio at work. Dehaka and Varian are both so tanky and threatening, it allows Tempest to steam-roll the enemy team. Their only engage was Varian and Dehaka simply walking up to the enemy and landing their stuns while Li-Ming and SGT.Hammer are allowed to DPS freely.

While it is always preferred to choose your talents dynamically as to better prepare yourself for the enemy and battleground, here are some of the crucial talents that should always be considered when playing this trio:

*For the purpose of this guide, it's assumed that Varian should always take Taunt at level 10.

When Parry blocks a Hero's Basic Attack, Heroic Strike's cooldown is refreshed and the next one does 25% more damage.

In this type of composition, Varian's role is to stay alive as long as possible and stun enemy heroes. However, the amount of damage Varian can deal on his own should not be ignored. Overpower has clear synergy with Taunt and allows Varian to deal significantly more damage than he does normally.

Charge now stuns the target for 1 second instead of slowing them, and its cooldown is reduced by 6 seconds.

Warbringer is a must have talent and arguably one of Varian's most powerful strengths. The point and click stun and large cooldown reduction allow for tons of kill potential and hard counters to mobile heroes like Tracer or Valla.

Increase the duration of Parry by 40%. If you block at least 2 Hero Basic Attacks with a single Parry, its cooldown is reduced by 2 seconds.

Live by the Sword combos with the previous Overpower to provide more Heroic Strikes and more damage negation to boot. This is the best talent to take when choosing Taunt at level 10, so don't expect much talent alteration on this tier.

increases the damage of your next Basic Attack used against a Hero by 75%. This effect has a 10-second cooldown that is reduced by 1 second whenever you hit with a Basic Attack.

SGT. Hammer will get off lots of auto attacks and has no problem with sustained DPS. What she does struggle with, is burst damage. Focused Attacks give SGT. Hammers ranged attacks more kill potential and allow her to get the most out of attacking a stunned target.

Reduce the cooldown of Thrusters to 15 seconds, down from 30.

While First Aid was considered a standard pick for a while, the added mobility has proven to be much more important at higher levels of play. This talent allows SGT. Hammer more mobility, safer travel time, and increased offensive potential when chasing or safely kiting in a team fight.

Causes your Basic Attacks to deal additional damage to Heroes equal to 1.5% of their maximum Health.

Not only does this talent benefit from the splash damage SGT. Hammers Siege mode provides, but it ramps up her auto attack damage even more. This talent is particularly effective against Melee heroes with high HP, something that Hammer already excels against when protected by Dehaka and Varian.

Every time Dark Swarm damages an enemy Hero, reduce its cooldown by 0.4 seconds.

Dehaka will find himself in the thick of enemy heroes during every team fight and no talent helps his team fight better than Symbiosis. More damage, more time at zero collision size and at level 13, more damage amplification with Primal Swarm. This talent is vital to this style of Dehaka

After 4 seconds, heal for 100% of the damage Dehaka took over this period.

It may have been customary to choose Isolate at 10 a couple of patches ago, but recent buffs and this particular playstyle make Adaptation a very strong choice. Combined with your Dark Swarm talents, Adaptation allows Dehaka to recklessly dive the enemy team, a scenario that comes up often when paired with Varian. Just remember to save Burrow to ensure Dehaka survives after 4 seconds of taking critical damage.

This talent is Dehaka's biggest power spike and helps amplify his entire team's damage. Once a hero is stunned by Varian and afflicted by Primal Swarm, it is very rare they survive the encounter. This talent is especially useful when SGT. Hammer is in Siege Mode, as her splash damage benefits from multiple targets losing 10 armor.

This trio is very strong in the current meta, but it is not unbeatable. Cleanse is the most obvious counter to this team's stun-lock prowess, which makes support heroes like  Kharazim particularly effective in the later stages of the game.

Cleansing Touch may come late in the game at level 16 for Kharazim, but once it is acquired is the strongest answer to Taunt Varian. The amount of cleanses Kharazim provides for his team can negate Dehaka and Varian's biggest strength-- just be sure that Kharazim avoids getting stunned himself.

Tempest successfully counters this strategy against L5 in the embedded game above and Kharazim is a big part of it. Check out this moment at 19minutes and 15s as multiple cleanses save both Nazeebo and Tyrael against two separate Varian and Dehaka stuns.

MVP Black once countered the kill potential of Dehaka and Varian by drafting Uther and Zeratul. Uther can effectively cleanse two targets with Cleanse and Divine Shield and Zeratul has easy Void Prison targets: the often clumped up Varian and Dehaka. In this clip, Uther and Zeratul's superior utility negate the strongest parts of this trio's team fight and the results speak for themselves.

Like our last trio and the trio before it, these strategies emerge from the gathering of individual top tier heroes that are strong draft picks either way. However, it takes more than just picking strong heroes and hoping it works out. The HGC teams that deploy this strategy understand how each of these heroes synergizes with each other and their talents/playstyles reflect this.

So before you try these strategies in your own Heroes matches, be sure that each player understands their roles. Varian initiates, Dehaka split pushes until he can capitalize on Varian's engage, while SGT. Hammer sticks with her 3 man lane and, above all else, stays safe.

Who is more vital to this composition?