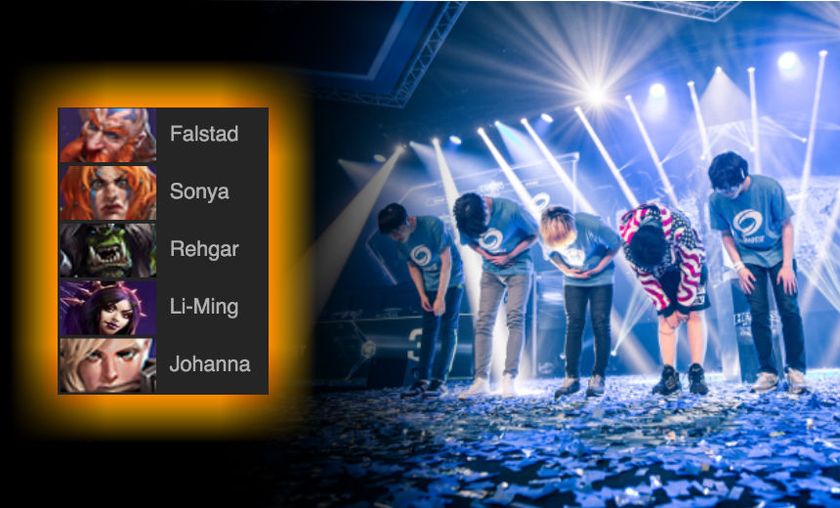 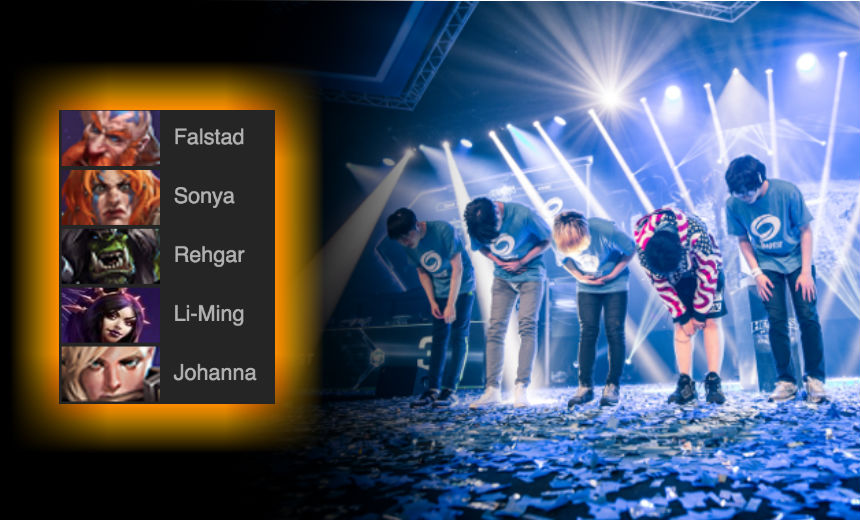 Falstad, Sonya, Rehgar, Li-Ming, Johanna sounds like a list of top tier heroes but in reality, they're something more. This week Tempest played against the newly formed MVP Miracle and, In both games, Tempest picked identical heroes with nearly identical bans:

And this isn't the first time Tempest have drafted these heroes either. In game 4 of the Super League finals against MVP Black, Tempest drafted Li-Ming, Sonya, and Rehgar. They were unable to draft Falstad due to MVP Blacks ban and the only hero missing is Johanna (which is easily replaced by the equally top tier Muradin).

When a team that just recently de-throned MVP Black sticks to the same three heroes so frequently, it's time to take notice.

Looking at the matches and pick rates, a couple things stand out immediately:

Try this at home?

We have lived through phases of certain hero dominance (Remember the Tyrande, Raynor and Kael'Thas craze?) and we may be going through one again. Sonya, Rehgar and Li-Ming have everything you want in a Heroes-- they are mobile, punish mistakes easily, and deal tons of damage. Each of these heroes are the sweet spot between sustained and burst damage (or healing) which makes them extremely versatile on almost every battleground.

The next competitive draft your in, give these heroes a shot. I can't promise you will be as good as Tempest, but the inherent power level of these teams should be enough to up your win percentage.

Is this really the dream comp?

Medivh was buffed and Grubby doesn't want anyone to know about it.