In recent updates something happened to Yogg-Saron’s art. It became slightly zoomed in and now a good portion of details that were meant to be shown in the card frame are now completely invisible. The non-golden version looks alright but the golden art lost some animation details and that's very annoying. Notice how part that got cut out is showing people going insane/suffering. Looking back at Blizzard's latest actions this change might be done purposely. (i'm probably just crazy) And if that's so, this post exists to notify people about how Blizzard is trying to implement such changes without informing people about them. And if that happens to be a bug, i hope blizzard will fix it and i'm just trying to bring more of people's attention to this problem. Thank you for your time reading this.

Some screenshots to prove it: https://imgur.com/gallery/FA3uoia 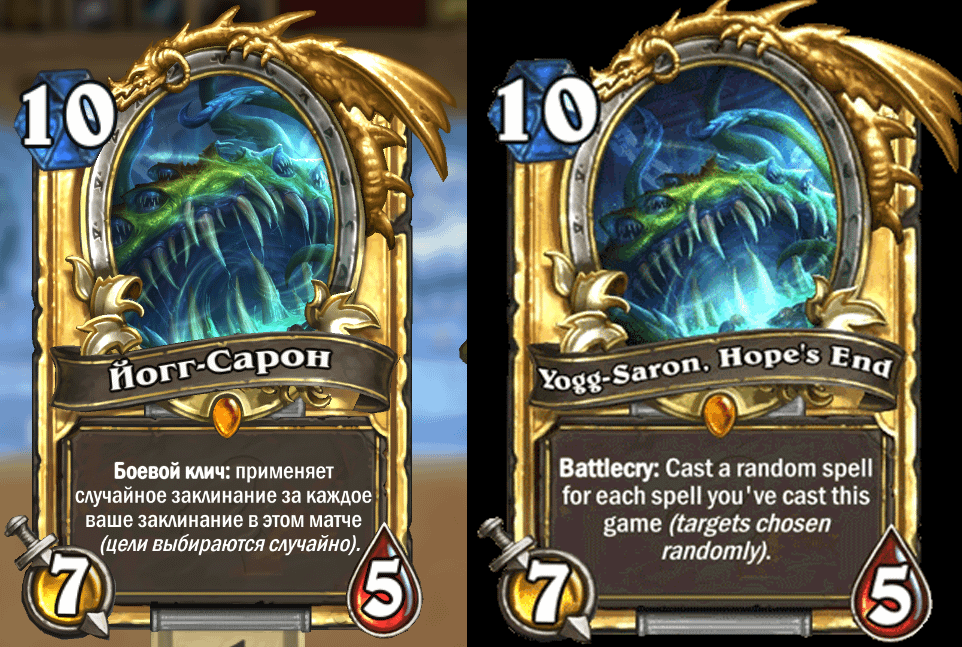