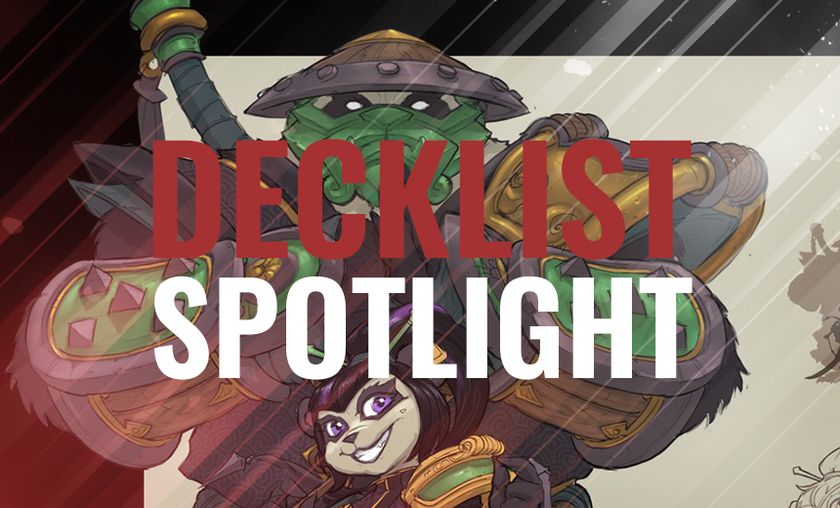 White Eyes has found a home.

When [card]white eyes[/card] was revealed, fans of control Shamans gasped with joy. The card was a much convenient three-in-one: An on-curve taunt minion, a fantastic [card]barnes[/card] and N’Zoth pull and a finisher in the late game through its deathrattle.

It was a matter of time before White Eyes became an integral part in a grinding Shaman list and ThijsNL has conceived one. The deck takes a lot of what made the old versions great – Hallazeal combos, lots of AoE removal and big midgame and late-game threats – and has added just a couple Gadgetzan goodies: The aforementioned White Eyes and a single [card]jinyu waterspeaker[/card].

Notable is the return of [card]ancestral spirit[/card] to the list, replacing the [card]doomsayer[/card] in the same mana slot. The card is, obviously, another tool to trigger White Eyes or the other value deathrattles like [card]sylvanas windrunner[/card] and [card]cairne bloodhoof[/card], but comes at the cost of reduced board clear potential. There’s also just a single [card]healing wave[/card], so you will have to value your hit points more, especially against aggressive decks.

For more Gadgetzan decks from top players and streamers, check our deck library.

Will Control Shaman ever become a Tier 1 deck?