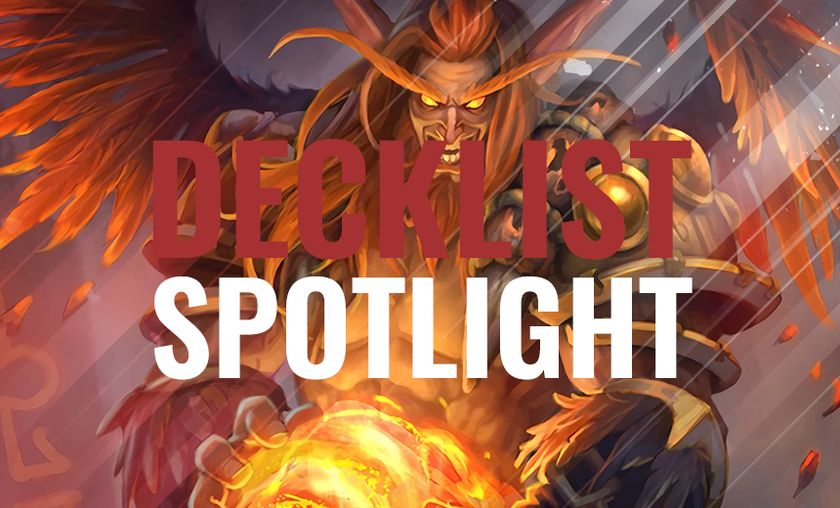 Decklist spotlight: The deck that conquered #1 legend on the Chinese server

It’s not at all what you expect.

China’s metagame is weird, we’ve established as much during Hearthstone’s three-year-old competitive scene. The country gave birth to all sorts of crazy decks, starting from the [card]ancient watcher[/card] Druids of old, to weird hybrid Mages (thanks, Tiddler), to a plethora of other builds that you’d never think of testing in casual, let alone bet your ladder position on them.

That’s why what Chinese player Andy (??) did is quite awesome. Ranked #1 a day before the reset, Andy is rocking what could best be described as a MalyYogg Miracle Druid.

Yes, we’ve seen such decks in the past, even had a couple in the HCT Spring Preliminaries these past weekends, but that’s not what you would expect seeing at the very highest positions of the legend ladder, usually infested with Zoo and Shamans. The deck is removal-heavy, as much as one Druid deck can be, and has a bunch of cheap spells which can be turned into card draw through [card]Gadgetzan Auctioneer[/card]. Cheap burn such as [card]moonfire[/card] and [card]living roots[/card] are then amplified through [card]malygos[/card] and if that’s not enough to end the game, there’s always [card]yogg-saron, hopes end[/card].

Would you be interested in playing this on ladder?

China finally beats the west, Lovelychook gets a Ferrari for doing so