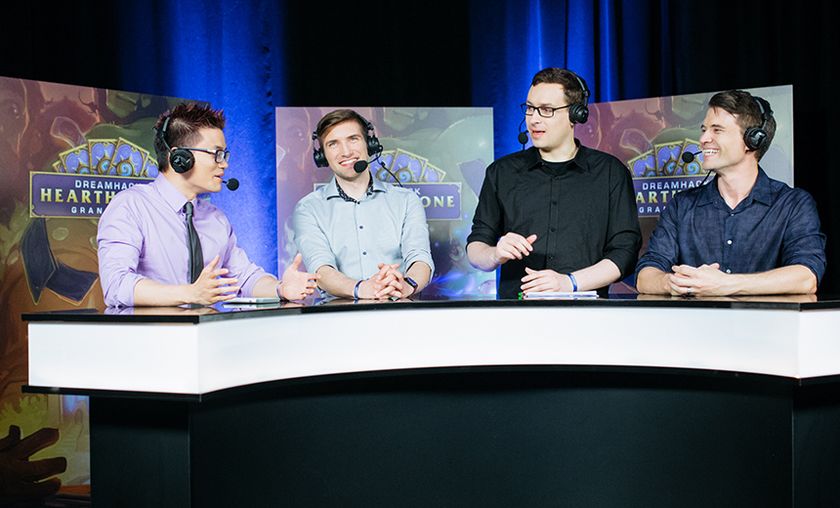 The major storylines from DreamHack Austin day one

North America's first DreamHack is halfway through the swiss round. Let’s review what happened last night.

A total of five rounds were played last night as the competitors sparred in a one-ban Last Hero Standing format. With all decks forced to obey the Standard metagame, viewers were in for a treat, watching one of the first Standard majors unfold with new decks and new techs.

Deckbuilding maestro Jan “SuperJJ” Janssen headlines the current standings. The German made waves after winning SeatStory Cup last December, shortly after the release of League of Explorers and is proving once again that he flourishes in untested metagame climates. Also undefeated are household names Paul “Zalae” Nemeth and Jon “Orange” Westberg, alongside relative unknowns Payton and TerrenceM.

The current top 16 is as follows:

With the standings as they are, Round 6 is expected to start today with a match between SuperJJ and Zalae.

Although the swiss format allows everyone to play all nine rounds, a total of 50 players called it quits before the night was over. Tempo Storm owner Andrey “Reynad” Yanyuk forfeited the tournament after a 2-2 score, while Liquid’s Bertrand “Elky” Grospellier left after failing to score a win in his first three games.

The decklist climate saw almost no surprises and was very similar to what’s dominant on ladder right now. Zoo was a common sight, now empowered with the fantastic [card]Darkshire Councilman[/card] and [card]Forbidden Ritual[/card]. [card]Crazed Alchemist[/card] was a trending tech card in Zoo builds as an efficient way to counteract the popular turn two [card]Doomsayer[/card] from control decks.

N’Zoth Paladin was also present in many lineups. The Old God not only made well-forgotten minions like [card]Cairne Bloodhoof[/card] relevant again but is defining the way the class will probably be played out in the future. [card]Forbidden Healing[/card] was a lifesaver for many Paladin players last night, proving to be one of the most over-performing cards in the set.

Among the highlights of yesterday was without a doubt Tars’ [card]Summoning Stone[/card] Druid with [card]Yogg-Saron, Hope's End[/card]. While the Frenchman admitted in a post-game interview that he knew the deck was not the best and performs well only because he’s good at playing it, Tars managed to take out Blizzcon finalist Ole “Naiman” Batyrbekov with it and is currently sitting comfortably under #11 in the swiss standings. Their entire set was also easily one of the most entertaining games of the evening, so we recommend you go watch it.

Where can I find more information about DreamHack Austin?

Full coverage of the tournament is available in our event coverage hub right here. Stay tuned as we update all the VOD footage from last night and follow us on Twitter @GosuGamersHS where we’ll post regular updates as the tournament resumes today.

Are you enjoying DH Austin?