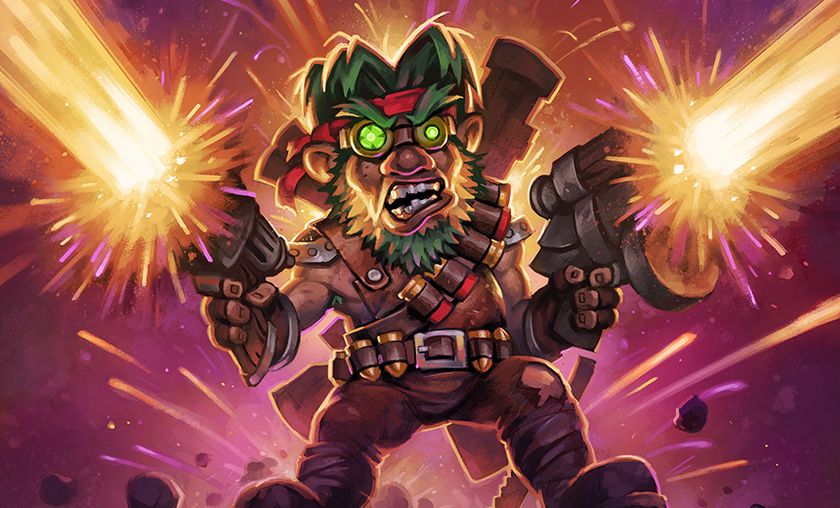 Everybody laughed at [card]Lock and Load[/card] when it was released. Now, Savjz is determined to make it work.

Lock and Load is a weird Hunter design. The class is generally focused on putting out constant damage, so saving spells to play them in conjunction with Lock and Load goes a bit against its philosophy. While many attempts were made before to put the card to good use, they all failed.

The tides could be turning, however. Janne “Savjz” Mikkonen, a famous streamer and HCT caster, has combined Lock and Load with some Old Gods cards, including the cheap [card]On the Hunt[/card], the AoE removal [card]Powershot[/card] and, of course [card]Yogg-Saron, Hope's End[/card] to turn all those played spells into a killing blow.

While the deck seems goofy – and it is – it is working and Savjz has managed to successfully climb the ladder with it. It is by no means easy to pilot, Lock and Load by itself is a tricky card that requires patience and knowledge of when to execute it, but if you put aside the established Hunter builds and try this for a couple of games, the fun (and madness) is guaranteed.

Find more meta decks in our deck library and below.

Would you consider playing Yogg and Load?